Home » News » Thiem opens up about post US Open struggles, looks ahead to Roland-Garros and Olympics

Thiem opens up about post US Open struggles, looks ahead to Roland-Garros and Olympics 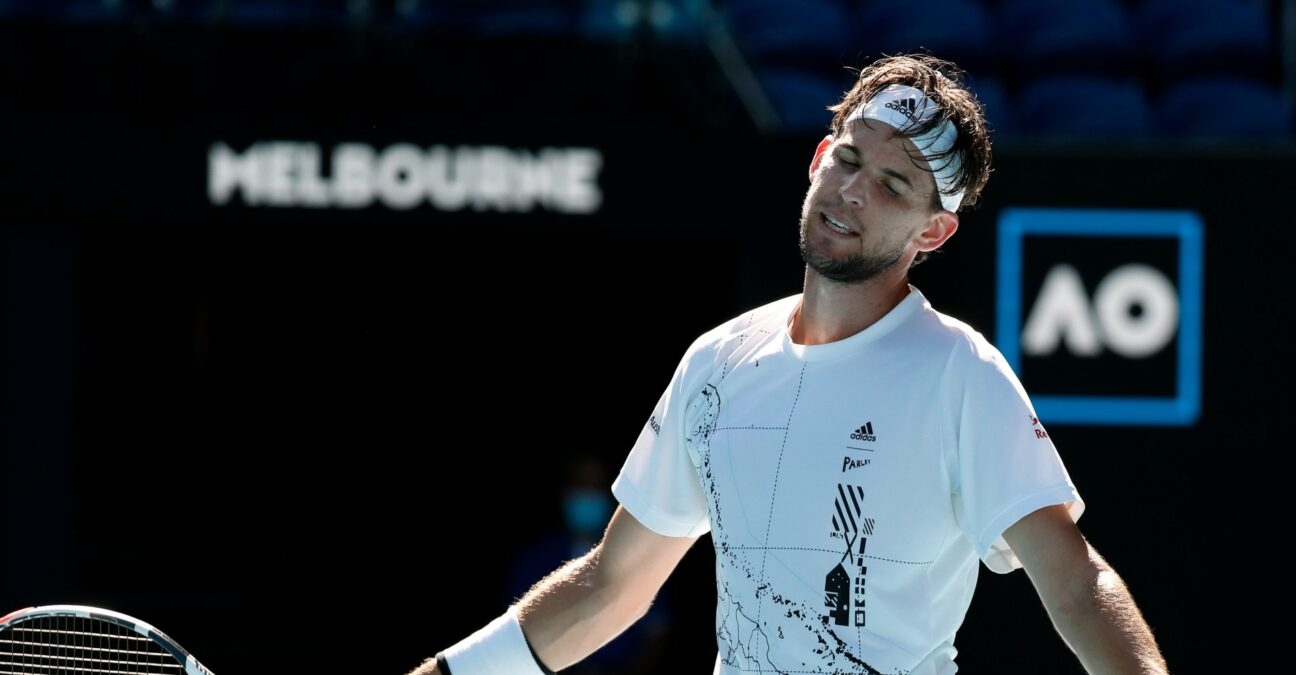 Dominic Thiem has revealed that achieving his life-long goal of winning a Grand Slam title at the US Open in September was difficult to deal with and that he hopes to be back in top physical shape in time for Roland-Garros. The Austrian opened up about his recent struggles in an interview with the Austrian daily Der Standard.

27-year-old Thiem defeated Alexander Zverev in a nerve-wracking five-set final at Flushing Meadows last September to lift his first Major title. Following that, he reached the quarter-finals at Roland-Garros and Vienna, and the championship match at the season-ending ATP Finals in London to position himself as one of the top contenders to challenge Novak Djokovic and Rafael Nadal in 2021.

There was only tennis. I want to change that a bit – Thiem

In the interview, Thiem spoke about how being focused on a singular goal of winning a Grand Slam title meant that he had to sacrifice other aspects of his life, which is something he is keen to address moving forward.

“It wasn’t too much (effort to chase my goals). I spent 15 years chasing the big goal without looking left or right,” Thiem said. “As I said, I achieved it – under strange circumstances, but that’s not so important to me. In a way, some things have fallen by the wayside – the private life, dealing with other things, broadening the horizon. You have to do something for your head, for your brain. There was only tennis. I want to change that a bit.”

“After (the US Open) I was in a state of euphoria, the results still matched, I was in the final of the ATP Finals in London. But in the preparation for this season, I fell into a hole. Whether the looseness will come, we will see, I don’t know, I hope so.”

“I think the pandemic is an additional part of the whole (struggle). If I had won the US Open last year in normality, things would have continued normally, and I would probably also be in the state I’m in now. When you spend your whole life chasing your one very big goal, subordinate everything to it, and then achieve it, for a while things aren’t the same as they were before. That’s normal. The problem in tennis is that it’s so fast-paced and goes on week after week.”

The Austrian’s season 2021 season has been rather disappointing, even by his own admission. Thiem has won five of nine matches this season, with losses including a straight-set fourth-round loss at the Australian Open to Grigor Dimitrov, and a first-round loss to 81st ranked Lloyd Harris in his most recent event in Dubai.

“If you’re not 100 percent fit, you’ve lost. That was the case for me this year at the Australian Open and especially in Doha and in Dubai.”

“The opponents are much too strong, the level is too high, you lose in the first or second round. It’s better to take yourself out of it. You should only come back when it makes sense.”

The Austrian pulled out of the Miami, Monte-Carlo, and this week’s Belgrade event saying he needed time to recover from his knee injury and wanted to return only when he is fit.

“If I had gone to Belgrade with knee pain, I would have lost in the first round again. And then you’re stuck in the middle of the negative vortex. I have to avoid that. So I better stay at home. I’m not the first, and I’m not the last, to do it that way.”

“There are little problems, now it’s the left knee. Last year, during the first lockdown, I had the same thing in my right knee. It didn’t matter, I didn’t have to cancel any tournaments because there weren’t any. I’ve had some time to heal it. It’s a congenital issue in the knees that comes up every now and then. Now the public is learning (about) it. It takes a couple of weeks to be pain-free. It’s been bothering me since Australia, but it’s just a little ache that will heal.”

Thiem also talked about the struggles of competing without fans and while being inside the bubble environment, adding that he found the restrictions difficult.

“Corona has taken away the good things, starting with travel, free movement. The bad things remain. It’s difficult to play week after week under these circumstances. There are guys who can put it away, for them living in the bubble is probably even an advantage, like Evans or Bublik. They have trouble focusing on the sport in normal times. For them it’s great, they focus exclusively on tennis, there’s nothing else. In Dubai, it was extreme, we were locked up, but outside there was normal life. You were let out of the hotel at 9 p.m. and allowed to enter an empty stadium. That’s not so great.”

With the uncertainty surrounding tournament schedules, and his injury, Thiem admitted to struggling with the lack of fixed routine in the past few months.

“Ever since I can remember, I’ve had a completely planned life. Every day, every week, every month is scheduled. I feel better when I know what’s going to happen the next day. That’s gone at the moment.”

Austrian looks ahead to Roland-Garros and Tokyo

Nonetheless, Thiem revealed that he remains focused on the upcoming big events – Roland-Garros and the Tokyo Olympics – later this year and remains confident that his desire and passion for the game will return soon.

“The French Open is my big goal. Of course, I have a big training backlog. I haven’t had any matches against absolute top players for a long time, they are missing. I don’t know where I stand. I hope that will come in Madrid and in Rome. I want to be fully competitive in Paris, that’s my ambition. A medal at the Summer Olympics in Tokyo would be an absolute dream – if they take place. I’d like to know, but that’s up to the pandemic. In any case, I won’t let it take away my desire to play tennis. Because normality will return at some point.”