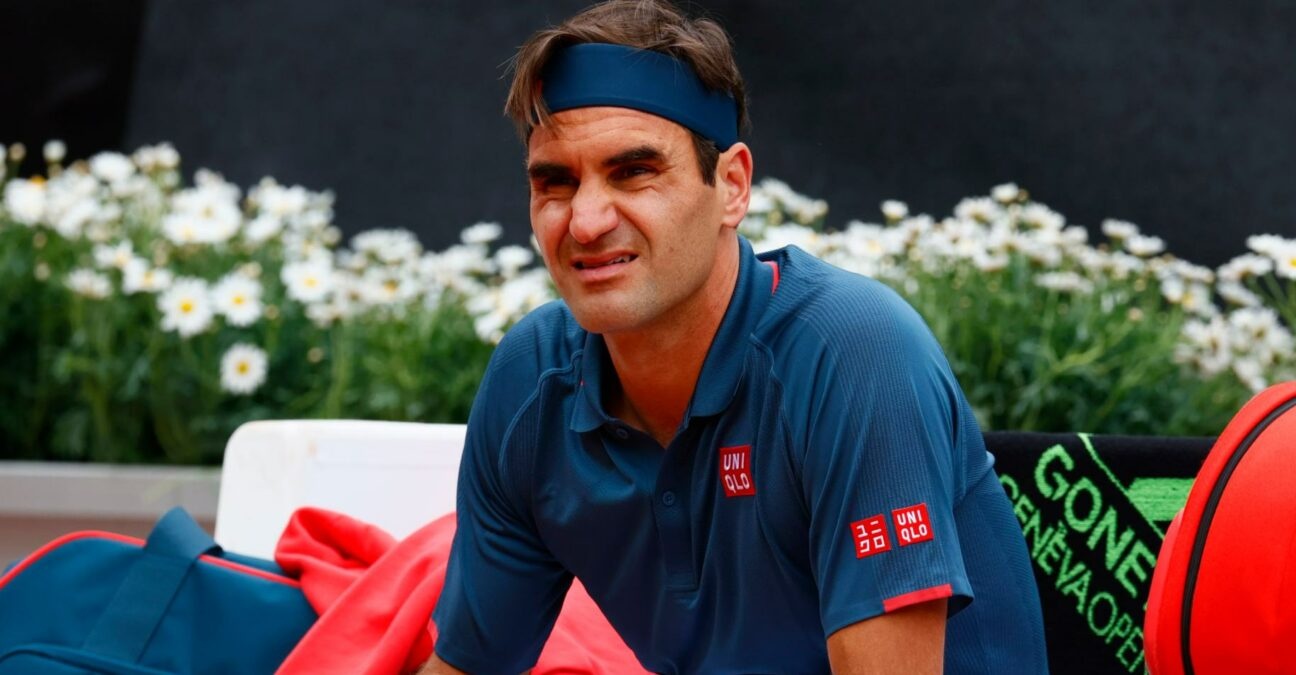 Roger Federer tasted defeat on his return to clay-court tennis at the Geneva Open on Tuesday, beaten in three sets by Pablo Andujar of Spain.

After 13 months out, with two knee surgeries along the way, it was always unlikely that the Swiss would immediately rediscover his best form when he returned. Most people knew it, and more importantly, the 39-year-old knew it too.

Federer’s early exit in Geneva – he lost 6-4, 4-6, 6-4 despite leading 4-2 in the third, means he’ll go to Roland-Garros with just one clay-court match under his belt and having played three matches in all in 2021, not exactly the kind of form that will make him a threat in Paris, something he readily admits.

“Roland Garros is not the goal,” he said. “You know, the goal is the grass. So I still have time.”

Federer: I’m not going to win the French Open”

Always honest, Federer admitted that he had expected better from himself against Andujar, the Spaniard ranked No 75. Having led by a break in the third set, after dropping the first, Federer looked to have turned it around but fell short. He admitted to limitations on the day, to an inability to make things happen, an unusual feeling. He said he’s been playing better in practice but when asked if he “needed more matches” going into Paris, he said no. Because that’s not the goal.

“When you’ve played so little and you know where your level is at and I think you saw that today, how can I think of winning the French Open?” he said, ever honest.

“So the moment you know you’re not going to win the French Open, it can’t be your goal, at least at my level. So I’m just realistic that I know I will not win the French. And whoever thought I would or could win it is wrong. Of course, crazier things might have happened, but I’m not so sure in the last 50 years that the French Open, somebody just rocked up at 40 years old and being out for a year and a half and just go on, just wins everything straight or in five sets, whatever you want to call it. So that’s why I know my limitations at the moment.”

Federer: “The season for me starts on the grass”

When Federer went back to the practice court after his two matches in Doha in March, he made no secret of the fact that performing at his best come Wimbledon, where he has won eight times, is his main aim. The grass offers Federer, in theory at least, the best chance of adding to his 20 Grand Slam titles and at the age of 39, with his 40th birthday to follow later this summer, the idea of him grinding it out on clay just doesn’t make sense.

However, clay, Roland-Garros, and simply being back on Tour, week in, week out, is still integral to his hopes for success at Wimbledon and beyond.

“I’ve said it several times that to me, really, the season starts on the grass,” he said. “What’s important now is these next few weeks, regardless if you play tournaments or not, if you’re back on the tour or you’re practising again with top guys…. or you play a match, then you recover and you go back and forth, back and forth, do that many, many times, you start getting used to how it is and how it feels to be back on the Tour.

“And this is then how you start taking better decisions than later on and maybe little mistakes like happen towards the stretch to the final stretch of the match today. You have a better chance of not happening than happening. And so that’s you need to sometimes just put yourself out there.

“Sometimes it’s not fun when you know what your limitations are. And obviously it’s always difficult because people expect a lot for me and I have high expectations for myself. So when I walk out of a match like today and I feel like I’ve got to play so much better, it feels strange and it’s disappointing. But at the same time, this is the process I need to go through, and that’s why I can’t get too down on myself.”

Losing early is all part of the comeback

When Federer returned from six months away at the start of 2017, he won the Australian Open, as big a shock as at any Grand Slam tournament in recent memory. But this time, the severity of his knee surgeries and the long road back to full fitness makes it an even bigger mountain to climb.

Watching Federer fail to close out against Andujar, when he looked in control at 4-2 in the third set, is a strange feeling, but the Swiss knows it’s to be expected.

“I presume it’s almost normal to be going through this process,” he said in French. “I have to play some matches. Overall I feel good. I trained well during the last few weeks and I was able to do all my practice sessions here in Geneva despite of the rain. It was nice to play here. Now I feel the fatigue, I was under pressure during almost two hours because I really wanted to win. I feel it now. But again, I think it’s normal.”

Seeing Federer lose early is not normal. But the time to judge him will be at the end of the grass-court season and beyond. And he’s ready for it. 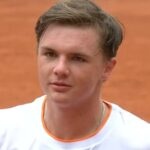