How Instagram Live is meeting players’ need for exposure

Tennis players fundamentally need to engage with fans, as they are used to all the year on the tour. Instagram Live is a way for them to meet this need during the lockdown. Fans and sponsors love it. 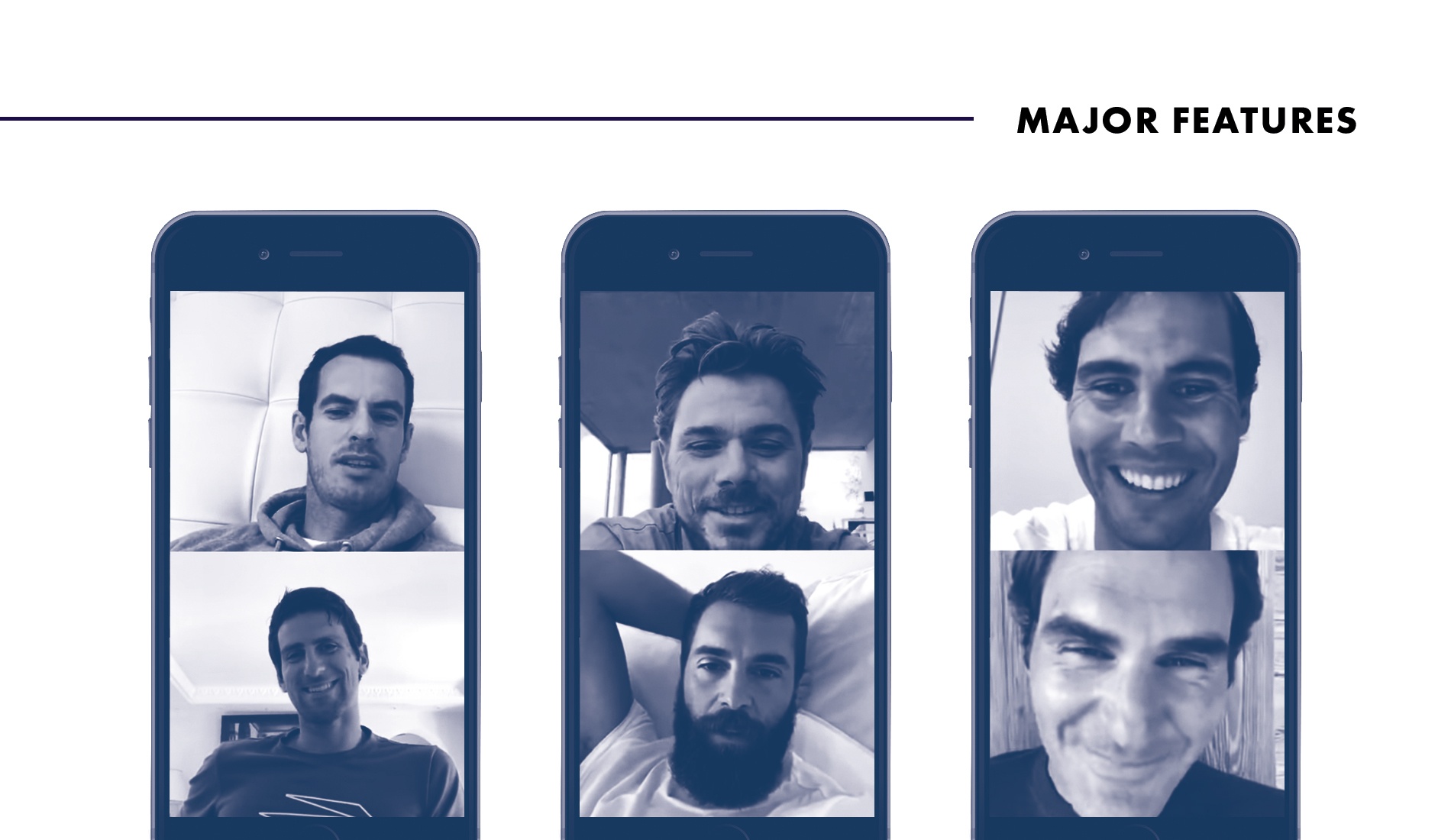 What do Roger Federer, Rafael Nadal, Novak Djokovic, Andy Murray, Stan Wawrinka, Alexander Zverev, Fabio Fognini, Gaël Monfils, Benoît Paire, Nick Kyrgios, have in common? They are all top 30 male tennis players, ok. They all won at least one ATP Tour title since 2017, OK. But they all appeared on Instagram Live during the lockdown imposed by the coronavirus pandemic, and pretty quickly. Mainly speaking to each other, but also with other sportsmen and friends. It is no coincidence because those champions are missing the feeling of having thousands of pairs of eyes on them as they normally do on the Tour.

As it is Friday night, François, a 23 years old tennis fan, will turn on Instagram around 7pm. World No 22 Benoît Paire and three-time Grand Slam champion Stan Wawrinka will be meeting again to discuss tennis and their lives sipping cocktails.

“I like these players and have great fun watching them and asking them questions on Instagram. They say things that they would usually not.”

Talking between fellow players on Instagram, they express themselves in a much more spontaneous and open way than they usually do. We heard Nadal admitting his difficulties to wake up early during the quarantine, asking Federer about his knee, Djokovic speaking about his morning routines and his position on vaccination, Murray confiding in the Serb about his toughest loss against him, Wawrinka giving his thoughts to Paire about his forehand, the Frenchman revealing he had already “had sex one hour before a match.”

Question is what moment he’d change in his career pic.twitter.com/XGi7gdkuKW

“We hardly ever hear athletes talking like that and it is very touching because it shows their human side. Usually, they don’t talk much about their questions, their doubts. Because as champions there is this underlying story that they are invincible, that they are superheroes”, points out Meriem Salmi, a French psychologist who works with numerous top athletes, like French judo superstar Teddy Riner.

Such exchanges on social media can feed their lack of appreciation and recognition at a time when they don’t get the media exposure they get on the tour.

“The other players, the public and the media are part of their lives. It is their environment. When they are in competition, they feel the support of the fans. They interact with them on the court, they sign autographs, talk, exchange”, Meriem Salmi explains.

“This feeling was like a kind of post-game one”

“Once I finished a live in the evening and I got nervous, she remembers. I found it difficult to concentrate immediately on something else in a calm way. I then figured out that in the middle of such a dull and steady life, this feeling was like a kind of post-game one, when the adrenaline takes a while to come down… After all, it’s a bit of a performance, you are exposing yourself to hundreds or thousands of people. It is something of an ego booster.”

Nadia Richard, a friend of Alizé, an influencer on Instagram, who makes three lives a week, shared with her experience:

“As for me, I need to be in the spotlight. Lives somehow meet that need. They are a solution for that vice when I feel I need it.”

Players don’t only do it only in a narcissist way, ensures the psychologist:

“I don’t think that, for the majority, we are in a narcissistic logic. It’s more about exchanging with the fans. They also know that their fans need to have news from their champions. They receive so much from fans during tournaments. Sportsmen like to give back.”

After debuting with 3,500 viewers, the Stan Wawrinka-Benoit Paire show is now pushing 10,000. Always great when quality programmes grow their audience.

“It enables me to know the players better. I realize that I recognise myself in Benoit Paire’s lifestyle,” adds François. Hearing Djokovic exchanging with friends that inspire him, as he did on with Chervin Jafarieh, a kind of mentalist, enables fans to know more about his mindset and to understand better where his mental strength come from.

Today at 7pm CEST I will be doing IG Live with my dear friend, Persian brother from another mother, wonderful soul Chervin Jafarieh. We’ve known each other for years and recently started to collaborate…

Sponsors look at these initiatives very positively, and even enthusiastically. We contacted Lacoste, the clothes sponsor of Novak Djokovic and Benoît Paire. “They are very beneficial for tennis. Fans have access to authentic chats and contents. Instagram lives between players enable to render more human top tennis players while staying truly inspiring for tennis fans“, it reacted. The brand with the famous crocodile logo confirmed such lives were “personal initiative“.

It will be interesting to see whether the trend of Instagram lives by tennis players will live on once tennis has started again. Fans and sponsors hope so.