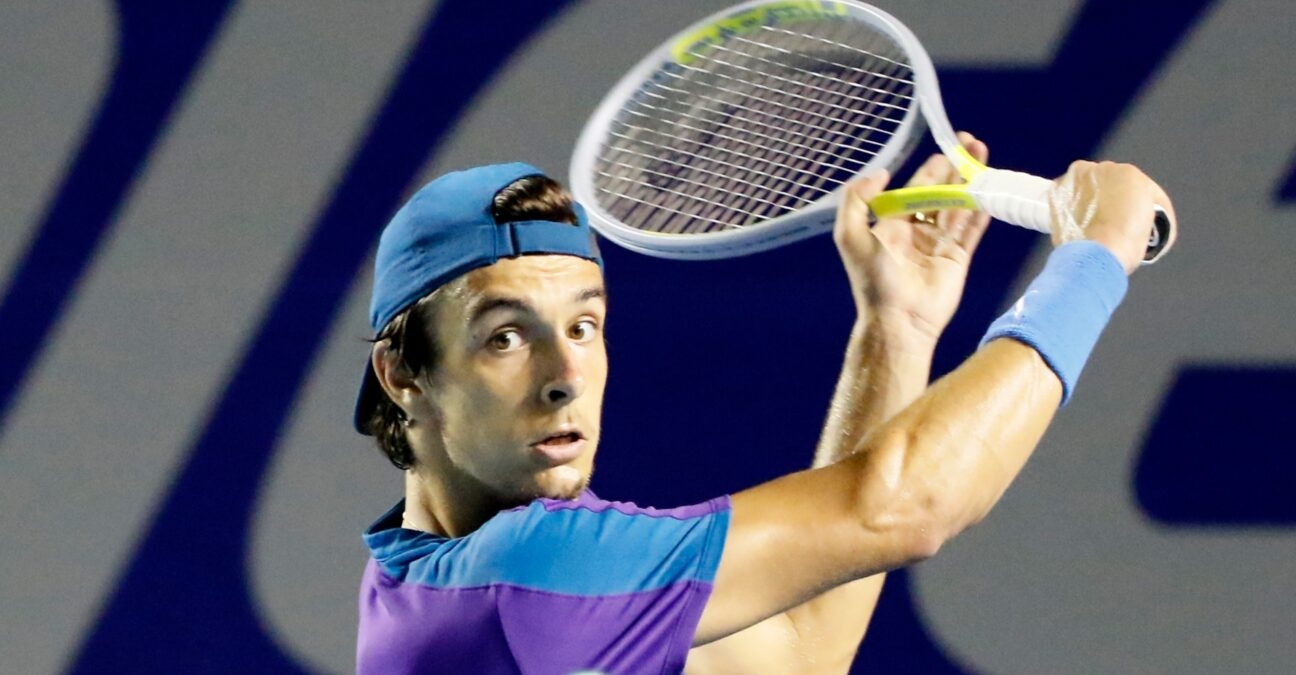 Italy’s Lorenzo Musetti will break into the world’s Top 100 rankings next week after his 6-4, 7-6 win over No 5 seed Grigor Dimitrov in the Mexican Open quarter-finals on Thursday night.

With this, 19-year-old Musetti will become the youngest male player in the world’s Top 100, taking over the mantle from countryman Jannik Sinner. Musetti is projected to climb to at least 94 on Monday and could rise further depending on his results over the weekend.

Rapid rise for Musetti over past 12 months

This week’s run in this ATP 500 continues a rapid rise in the rankings over the 12 months for the former world No 1 junior. Musetti was ranked world No 357 at the start of the 2020 season and world No 280 when the tour resumed in August after the five-month shutdown.

Speaking after the win, the Italian, who was playing only the 11th ATP Tour level match of his career, was understandably delighted at having achieved his goal of breaking into the Top 100.

“It is really tough to describe how I feel right now. One word is tired, almost exhausted, but I’m really, really happy. I am in a semi-final, finally, and I will be in the Top 100 next week. A lot of my goals came true tonight. I performed really well and I am proud of myself.”

This is the man of the moment.

This is why the tennis world is talking about @lorenzomusetti_ 🔥#AMT2021 pic.twitter.com/uiAlHrdbTV

At last year’s Rome Masters, Musetti beat former top-five players Stan Wawrinka and Kei Nishikori en route to the third round after coming through the qualifying draw there. He has also won one title and reached two finals on the ATP Challenger Tour over the past few months.

Musetti calls this ‘the best week of my life’

Thursday’s win over Dimitrov was Musetti’s sixth of the week. The Italian won three matches in the qualifying draw here as well and then scored three-set wins over No 3 seed Diego Schwartzman and American Frances Tiafoe in his first two rounds.

Playing in only his fourth ATP Tour main draw event, the Italian was in no doubt about his achievement.

“The best of week of my life, simple,” Musetti said. “I came here to playing qualifying and of course I wanted to get through it and gain some points and experience. But I didn’t expect to reach the semi-finals, for sure. I am really excited about this and I am excited about how I am playing.”

Musetti to face Tsitsipas for a place in final

The victory moves him into his second ATP Tour level semi-final (after ATP 250 Sardinia in 2020) where he will take on top seed Stefanos Tsitsipas. The world No 5 had defeated Canadian Felix Auger-Aliassime 7-5, 4-6, 6-3 earlier on Thursday.

“Tsitsipas will be really tough, he is playing well,” Musetti said. “But I am playing well too. Every day is a different day. I will face one of the biggest guys on Tour and I will try to do my best. Let’s see what happens.”

No 2 seed Alexander Zverev will take on fellow German Dominik Koepfer in the second Mexican Open semi-final on Saturday. Zverev advanced after opponent Casper Ruud withdrew due to a wrist injury while Koepfer scored a 7-5, 6-4 win over Brit Cameron Norrie.