Daniil Medvedev has won 18 of 19 matches on indoor hard courts since last year’s Paris Masters. But the Russian is concerned that tournament organisers are slowing his favourite surface down in Bercy this year. 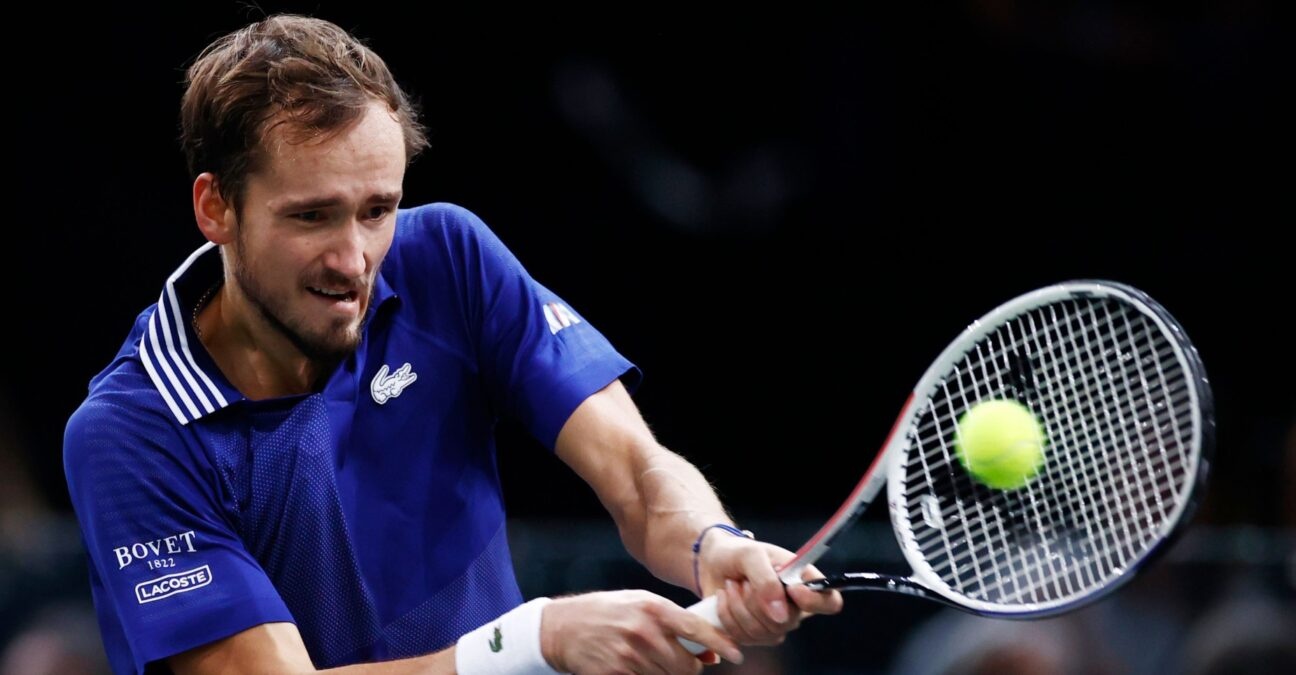 Daniil Medvedev is reeling off the victories at the Rolex Paris Masters in Bercy – eight straight if you’re scoring at home – but the Russian says that this year the surface is playing so slow that it is making things difficult for him – and other players – to hold serve and play a classic brand of first-strike indoor tennis.

Speaking after his 7-6(4), 6-4 victory over Hugo Gaston of France on Friday the world No 2 said that the slow surface, combined with a different ball from last season, has made him wonder why tournaments are making indoor hard courts play so slow these days.

Medvedev enjoys playing indoors and it shows in his recent stats. He has won 18 of his last 19 indoor hard court matches, and is the defending Paris and Nitto ATP Finals champion. He’s one of the best indoor players in men’s tennis and he’d like to keep it that way, which is likely why he’s concerned about the speed of the courts these days. If the indoor surface slows down, it’ll make it harder for Medvedev to dominate with his serve and his flat strokes.

On Friday he expressed his belief that indoor courts should be fast. An indoor hard court should not be playing like the terre battue at Roland-Garros, or even the high-bouncing surface at Indian Wells, he says.

Medvedev – Indoor hard courts are not made to be slow

“We have clay, we have outdoor hard courts that can be slow,” says Medvedev. “Indoor hard courts is not made to be slow. So I don’t know why they try to invent things and make these balls [that slow down play and make it harder to hit winners]. I have no idea why, because last year was not the case.”

Medvedev was broken twice by Gaston during his quarter-final on Friday, and twice yesterday against Sebastian Korda in the round of 16. He has fired 20 aces, in those two matches, combined. The 25-year-old insists that it is harder to hold serve with the courts playing the way they are.

“So all these things together makes it sometimes tough to hold serve,” he explained. “Exactly like it was in Indian Wells, for example. That’s why, for example, even second set I’m up (4-0 against Gaston), I’m serving better, but, yeah, there are a few games where you miss one first serve and the second you cannot do much.”

Medvedev says that Novak Djokovic and Taylor Fritz were likely experiencing the same effect during their quarter-final on Friday. Djokovic was broken three times in a two-set match that featured eight breaks of serve.

“We saw that with Novak today,” he said. “So many breaks, and Novak is – of course we talk about his return – but he’s a really great server and likes to hold his serve.”