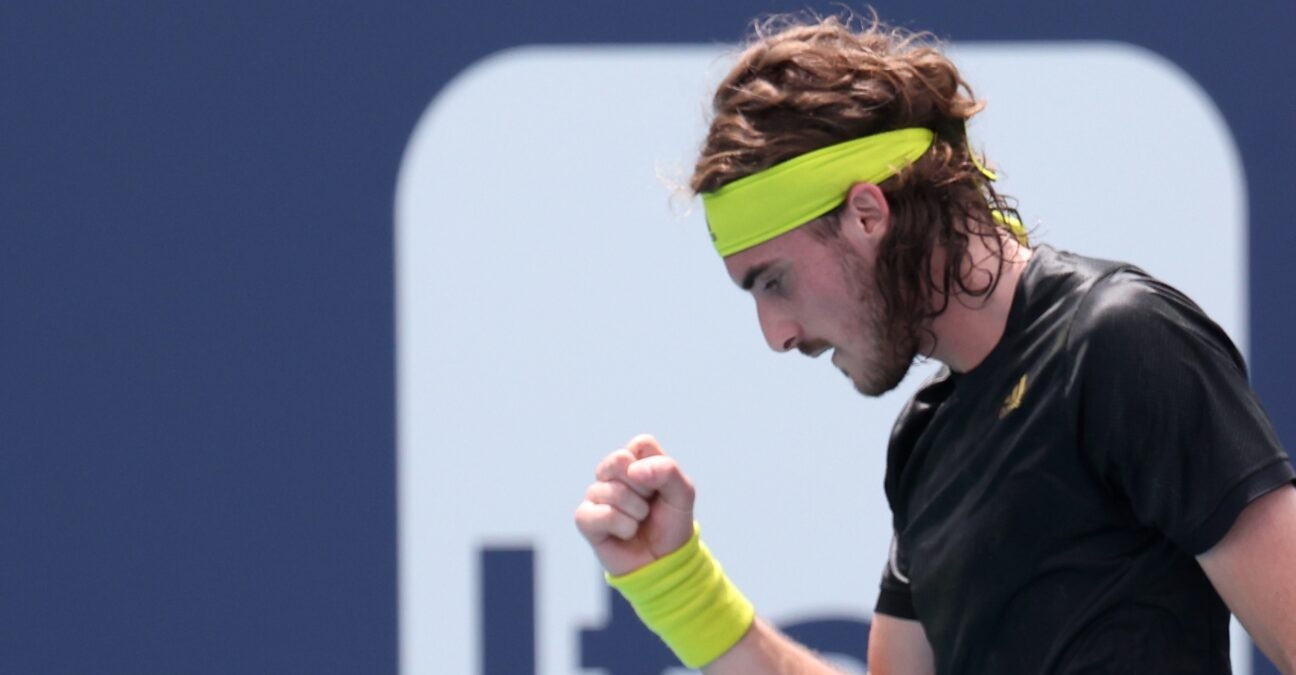 Second seed Stefanos Tsitsipas and fourth seed Andrey Rublev won their fourth-round matches in straight sets on Tuesday to move closer to an exciting semi-final showdown at the Miami Open.

Fifth seed Diego Schwartzman was the major casualty, going down to American Sebastian Korda in three sets while Hubert Hurkacz also reached the last eight with a win over Canada’s Milos Raonic.

Tsitsipas defeated 24th seed Sonego to reach the Miami Open quarter-finals for the first time in his career. The Greek defeated Sonego 6-2, 7-6 (7-2) as he continues to chase his first-ever ATP Masters 1000 title.

Tsitsipas’ serve was a major factor in his win as he won 89 percent of his first-serve points and did not face a single break point in the match.

Movin’ on in Miami 🌴@steftsitsipas reaches the last eight for the first time at @MiamiOpen, 6-2 7-6 over Lorenzo Sonego. pic.twitter.com/CNQ41OdF89

Tsitsipas has reached at least the quarter-finals at all ATP events he has played this year. His best results have come at the Acapulco event where he reached the final, and the Australian Open, where he reached the semi-finals and the Greek is clearly happy with his performances on court.

“I’m playing well, feeling well, and enjoying these moments on the court,” Tsitsipas said in the on-court interview. “I’m thrilled to be playing the way I’m playing. I’m having a great impact with my game so far this week, so it’s important for me to capitalise [on] that.

The Greek holds a 6-1 lead over Hurkacz in their official head-to-head.

Fourth-seeded Rublev continued his incredible run in recent months, defeating former US Open winner Cilic 6-4, 6-4.  Rublev improved to 19-3 for the season. After dominating the ATP 500 events in recent times, the Russian will be aiming to reach his first-ever ATP Masters 1000 semi-final.

Rublev will next take on American Korda. The Florida resident reached his first career ATP Masters 1000 quarter-final by upsetting the fifth seed Schwartzman 6-3, 4-6, 7-5, his first win over a top-10 player. This will be the first meeting between Rublev and Korda on the ATP Tour.

“I played an incredible match today, I think mentally I was great out there,” Korda said, , as quoted by the ATP Tour website. “I stayed calm. Even when in the tight situations I believed in myself and I went for it. I’m super proud of that. Yeah, just a lot of joy inside. All the hard work that I have done with my team is paying off.”