Nick Kyrgios hasn’t played a lot of tennis since the pandemic started, and he hinted that his playing days could be numbered in a press conference at the Citi Open in Washington, D.C. on Sunday. 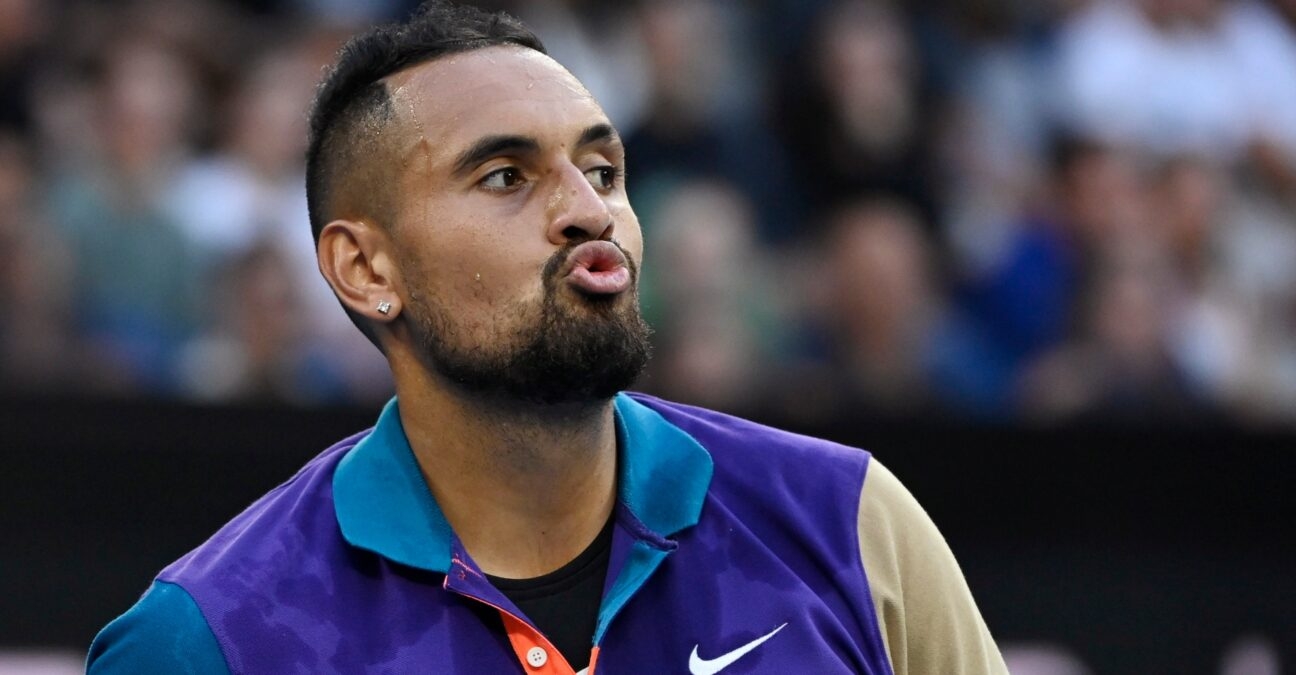 Nick Kyrgios has only played seven events since the start of 2020, but the Aussie hinted that he may play less than that in the not too distant future at his pre-tournament press conference ahead of this week’s Citi Open.

Kyrgios, the champion at the Citi Open in the year it was last held, 2019, is slated to face off with American Mackenzie McDonald in first-round action. He’s also entered the doubles draw, where he will play alongside of local favourite Frances Tiafoe.

Read also
“I’m sitting out for the people:” Nick Kyrgios will not play 2020 US Open
Tennis Majors

It excites Kyrgios to be back at a thriving event, with fans in attendance, and he’s not taking the opportunity for granted.

Kyrgios: “Every time I’m at a tournament, I feel like it could be my last time I’m ever going to be here.”

Kyrgios, 26 years old and currently ranked 58, may be elated to share the tournament experience with fellow players, friends and fans, but he admits that he is at a mental crossroads, and isn’t quite sure what his playing future holds.

“I’m not going to lie. I mean, I don’t miss it that much any more,” he said of his mindset when he is away from the sport. “No, it’s good. It’s good to be back obviously, especially at these tournaments where I’m extremely comfortable and there’s a lot of crowd. I think they’re definitely hoping I do well.

Not playing for himself

Kyrgios says that he’s enjoyed the contributions he has made to the sport, and he’s clearly pleased with the success he’s had, both as a competitor and as a personality. He speaks confidently, saying that he’s pleased about the “iconic” path that he has taken.

“I feel as if I’m not playing for myself any more,” he told reporters. “I feel like I’m kind of playing for a lot of people who can relate to me. I feel like when I was young, I didn’t really have goals to win slams or anything like that. I mean, I didn’t love the sport.”

“Obviously became kind of good, I guess. Then I beat all the top players, won some titles. Feel like I’ve been pretty iconic in the sport in the sense of doing it my own way, bridging the gap between I think basketball and tennis is there now. I’ve accomplished a lot. I enjoy now playing just for fun. I really do enjoy just being around fans, just talking with them, getting to know what they do. It was just, like, some touching moments that I remember, my favorite parts of my career, just being with fans, giving them some hope.”

Kyrgios: “I know it’s all bullshit”

Kyrgios also believes that he has done a world of good for tennis, adding personality into the game and helping players remove the stigma of mental health from the sport.

“I did fall into places where people like Naomi Osaka are now speaking about mental illness, where I was going through [things that were], in my personal opinion, 20 times as bad. All they receive is good press. They don’t really receive hateful messages. They don’t really receive ridiculously historic fines for hitting balls out of the stadium or getting a code violation. I was dealing with, like, not even close to the amount of stuff that was going on.”

Kyrgios says that, thankfully, the sport is treating its players differently these days.

“That’s what I think,” he said. “Instead of out-casting and almost crucifying a personality, you say, Okay, this guy is different, let’s act a certain way, let’s not treat him like a Roger Federer or like a Marin Cilic. He’s his own person.”

Kyrgios adds that the sport took him to a dark place when he was younger, but now that he’s matured it’s easier for him to roll with the punches.

“I’m just saying this sport could have driven me into a place of dark, which it did for a bit, how mentally tough it was for 18, being one of the most well-known players in Australia, getting absolutely hammered with media. It’s not so easy,” he said. “Now I’m 26, I I’m old enough. I know it’s all bullshit.”