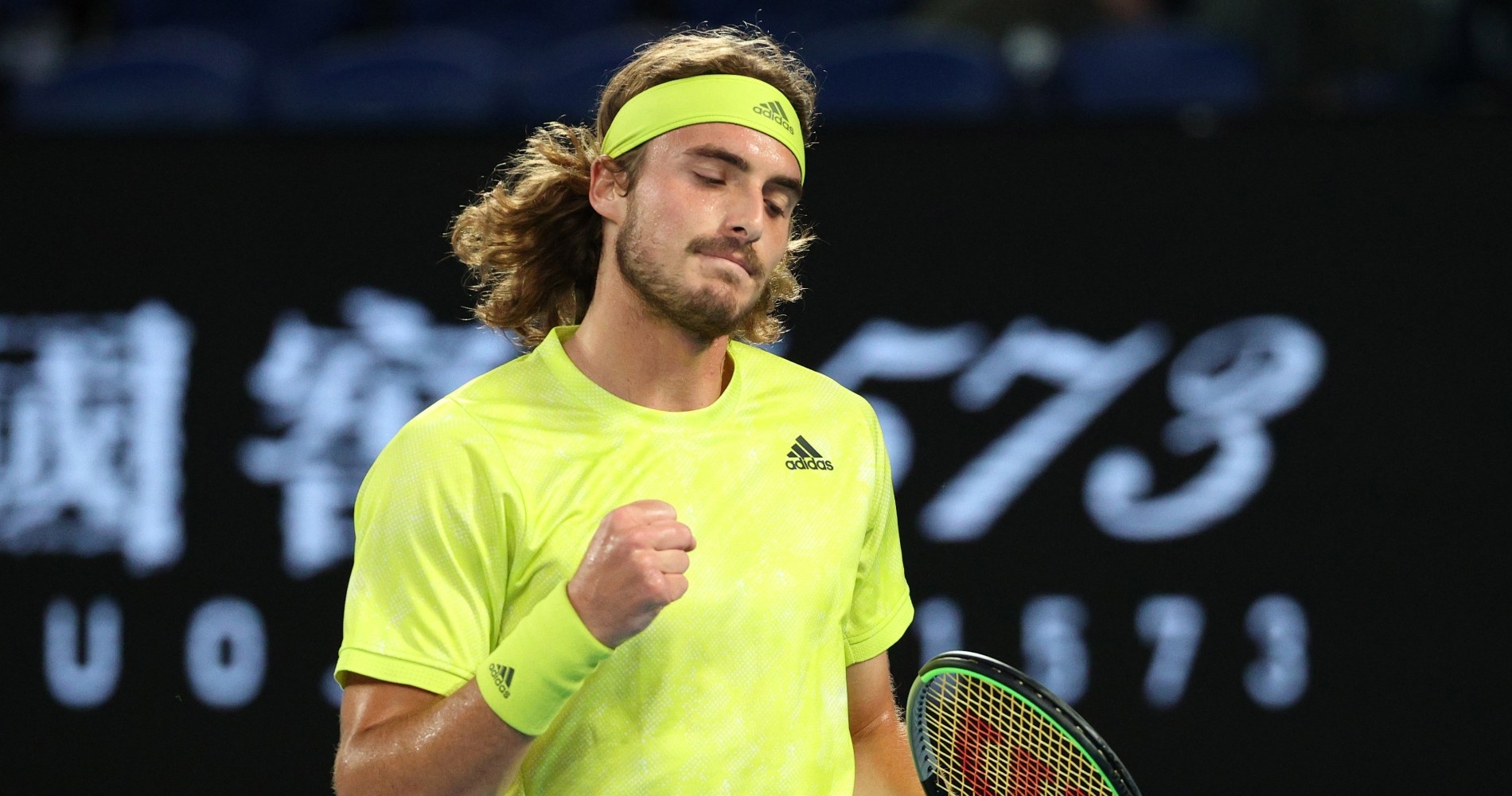 What you need to know: Nadal leads big guns through, Goffin, RBA out

Rafael Nadal says his back “is not perfect” but the world No 2 looked pretty good towards the end of his 6-3, 6-4, 6-1 victory over Serbia’s Laslo Djere as he took his place in the second round. The Spaniard has been battling a sore back for the past two weeks and said he needed to make an adjustment to his service action to make things happen in his opener.

“My back is not perfect,” Nadal said. “Every day that I’m able to go through, probably there are more chances to get better. That’s the thing now. There is always a chance to improve, and that’s why I’m here playing and fighting to try to get better and then give myself a chance.”

Could this be the year for Stefanos Tsitsipas?

The Greek demolished veteran Frenchman Gilles Simon 6-1, 6-2, 6-1 in just one hour, 32 minutes to set up a clash with Thanasi Kokkinakis. In fact, Tsitsipas had more trouble with the on-court interview, when his confidence was misunderstood as arrogance by the home crowd, than he did with Simon.

"I can just leave if you want me to!"

Daniil Medvedev is the hottest player in tennis and he shows no signs of slowing down. The Russian picked up his 15th consecutive win as he took out Vasek Pospisil 6-2, 6-2, 6-4 to book a spot in the second round. Medvedev is now 5-0 on the season after notching four wins at the ATP Cup, where he and Andrey Rublev guided Team Russia to the title. Remarkably, Medvedev has notched a total of 10 top 10 victories over the course of his streak.

Rublev is on a shortlist of players other than Djokovic, Nadal and Thiem who could come away with the men’s singles title and the No 7 seed inched closer to that goal on day 2 with a convincing 6-3, 6-3, 6-4 victory over Germany’s Yannick Hanfmann. Rublev hammered 17 aces and 35 winners to set up a second-round clash with Brazil’s Thiago Monteiro. 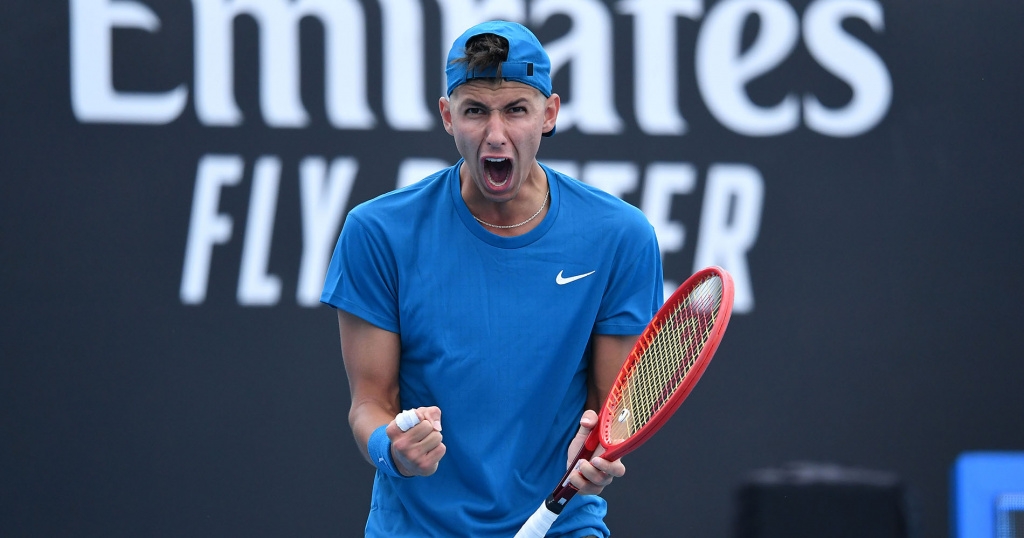 The upsets: Goffin, RBA dumped out

David Goffin‘s run of hard luck continues. The Belgian failed to close out any of his four match points in the fourth set against Aussie Alexei Popyrin and ended up falling in a five-set thriller, 3-6, 6-4, 6-7(4), 7-6(6), 6-3. Goffin had two match points while serving at 5-4 in the fourth, and another two in the fourth-set breaker. The victory is Popyrin’s second-biggest win at the Australian Open. He defeated No 8-ranked Dominic Thiem in the second round at Melbourne in 2019.

Spain’s Carlos Alcaraz, the youngest player in the mens’ singles draw, became the first player born in 2003 to claim a main draw victory at the Grand Slam level. In a battle of Grand Slam debutants, he defeated Dutchman Botic van de Zandschulp 6-1, 6-4, 6-4 in one hour, 54 minutes. Alcaraz hit 26 winners and saved three of four break points against the Dutchman.

Alcaraz, who will face Sweden’s Mikael Ymer in the second round, is the youngest man to qualify at the Australian Open since Novak Djokovic (17 years 253 days) in 2005.