Every day, Tennis Majors looks back at the biggest moments in tennis history. On January 30, 2012, Novak Djokovic beat Rafael Nadal in the longest Australian Open final 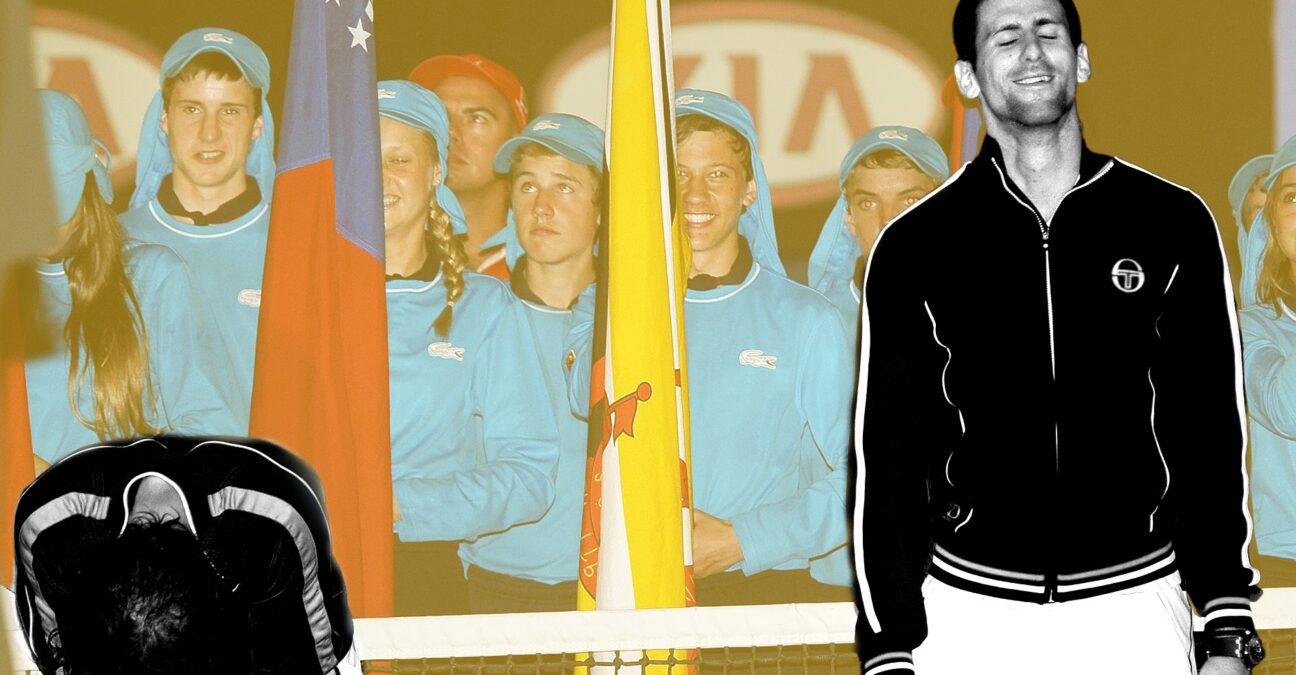 What happened exactly on that day: an Aussie epic

On this day, January 30, 2012, Novak Djokovic and Rafael Nadal played possibly the greatest final in the Australian Open history. After five hours and 53 minutes, which made it the longest-ever match at the Australian Open and the longest men’s Grand Slam final on record, the Serbian edged the Spaniard, 5-7, 6-4, 6-2, 6-7, 7-5. Remarkable with its length, this final was played at an extremely high level and with constant intensity, to the amazement of the tennis world.

Novak Djokovic was born in 1987. He entered the top 100 in 2005, finishing the year as world No 83. In 2006, he made himself famous by reaching the quarter-finals at Roland-Garros while ranked only No 63, after he beat world No 9 Fernando Gonzalez in the second round. His breakthrough year was 2007, when he reached the semi-finals at Roland-Garros and Wimbledon (stopped each time by Rafael Nadal) before making his way to the US Open final where he was defeated by Roger Federer (7-6, 7-6, 6-4). At the start of 2008, he triumphed for the first time in a major tournament, edging Jo-Wilfried Tsonga in the Australian Open (4-6, 6-4, 6-3, 7-6). Djokovic then remained world No 3 in the next three years, often reaching the finals of major events where Federer and Nadal kept him from adding more major crowns to his list of achievements. Things changed in 2011, when Djokovic played a close to perfect first half of the season. Triumphing at the Australian Open at Andy Murray’s expense, he remained undefeated for 42 matches, until Federer beat him in the semi-finals at Roland-Garros. Nevertheless, the Serbian then claimed the titles at Wimbledon and the US Open, each time defeating Nadal in the final. Having won 10 tournaments throughout the year, he achieved one of the greatest seasons in tennis history. At the start of 2012, the tennis world was wondering if he was going to be able to maintain that level.

Unlike the other Grand Slam tournaments, The Australian Open (first known as the Australasian Championships and, later, the Australian Championships) had changed location several times over the years. In fact, the event switched cities every year before it settled in Melbourne in 1972, and no fewer than five Australian cities had hosted the event at least three times: Melbourne, Sydney, Adelaide, Brisbane and Perth. The event was held on grass at the Kooyong Stadium, in a wealthy eastern suburb of Melbourne. Its timing had changed several times as well, between early December and January, going from being the first Grand Slam of the year to being the last. Until 1982, many of the best players skipped the Australian Open, mainly because of the remoteness, and the low prize money, but then, with the triumph of Mats Wilander, the dynamic changed. The tournament’s board made big efforts to become as prestigious as the other Grand Slams, which ended up with the event moving to a new location in 1988, at Flinders Park (later known as Melbourne Park), switching from grass to hard courts, and displaying the first-ever centre court equipped with a retractable roof. Prizes increased as well, and it wasn’t long before the tournament became many player’s favourite Grand Slam.

The facts: The longest final

When the 2012 Australian Open began, there was only one favourite: Novak Djokovic. Despite the presence of both Roger Federer and Rafael Nadal, the Serbian had been so successful in 2011 that it was hard to pick another player as the favourite. He had won three out of the four Grand Slam tournaments, defeating Nadal in six consecutive finals on the Tour. On top of that, the Swiss and the Spaniard were in the same part of the draw, which meant that Djokovic would only have to beat one of them to lift the trophy.

Although Nadal had been defeated in his six last encounters with Djokovic, he made the better start in this final, winning the first set, 7-5. Unfortunately for him, the Serbian was able to raise his level to take the two following sets, 6-4, 6-2. It was in the last two sets that the final peaked in intensity. Despite the length of the match, the level never dropped, and, after Nadal clinched the fourth set in an amazing tiebreak, the crowd was treated with a legendary fifth set. Both players delivered an outstanding performance until the end of the match, and, after Nadal blew an easy opportunity to take a 5-2 lead, it was Djokovic who finally prevailed, 7-5 in the last set.

During the trophy ceremony, the players were so drained that they were given chairs to sit down. “Good morning everybody,” joked Nadal as he started his runner-up speech at 1:50am.

When he was given the microphone, Djokovic, who had just claimed his third Australian Open crown, praised his opponent. “Rafa, you’re one of the best players ever, one of the most respected players on tour. We made history tonight; unfortunately there couldn’t be two winners tonight. I wish you all the best for this season and I hope that we will have many more finals like this.”

Later, the Serbian would say a bit more about the meaning of his latest achievement.

“I think [it] comes out on the top because, just the fact that we played almost six hours is incredible. I’m very proud just to be part of this history, part of the elite players that have won this tournament several times. I was very flattered to be playing in front of Rod Laver, in front of the all-time greats, and in front of 15,000 people that stayed until 1:30 a.m.”

What next: The dominance of the Big Three

That year, Nadal would claim a seventh Roland-Garros crown. Djokovic wouldn’t triumph in a Grand Slam event before the next Australian Open, but generally, he would remain the dominant player of the 2010s, spending a record number of weeks as world No 1, breaking Roger Federer’s previous record of 310 weeks at the top.

In the following years, they would face so many times (56) that some would consider their rivalry to be the greatest of all-time, Djokovic holding a 29-27 lead.