On this day in tennis history, the world No 1 finally stepped on to court to represent the United States in Davis Cup competition. 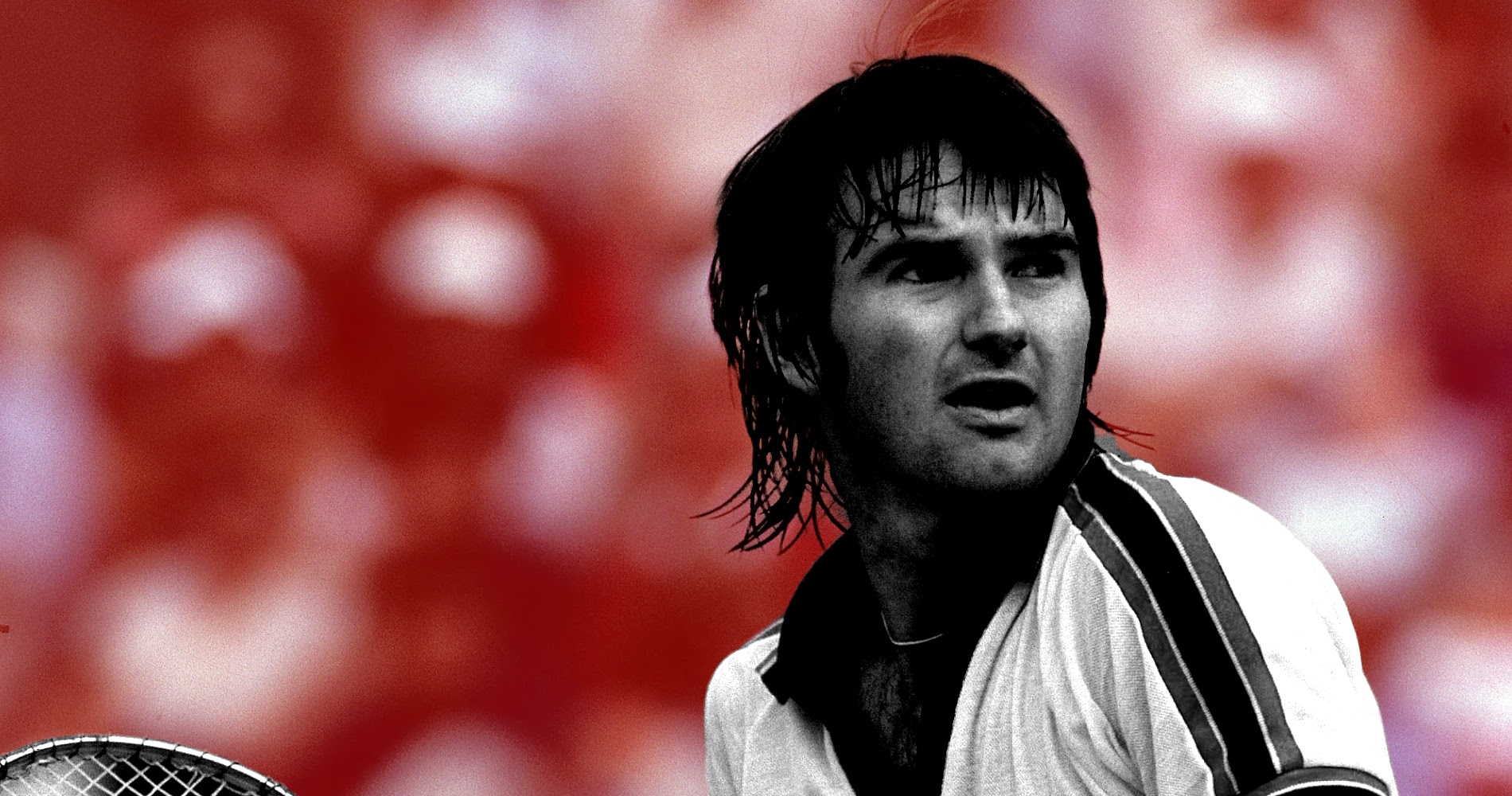 On this day, October 17, 1975, world No 1 Jimmy Connors made his long-awaited Davis Cup debut. Connors, who had won three Grand Slam tournaments in 1974 and finished runner-up three times in 1975, but he had controversially refused to play under the American flag until that day. Although it took a while to make it happen, this first appearance would not be the start of real commitment to the Davis Cup for Jimbo.

Jimmy Connors, born 1952, was one of the greatest tennis players of his time. Coached by his mother Gloria, Connors was one of the first few players to hit the ball flat and mainly from the baseline. Hitting the ball on the rise, his game would be very influential for future generations of tennis players.  He was also known for his shocking on-court behaviour in the well-mannered world of tennis. While his mum loudly cheered for him in the stands, screaming “Come on, Jimbo!” he displayed an unusual amount of aggressivity, even in the way he encouraged himself. He was sometimes vulgar — giving the finger to a linesman or putting his racket between his legs in a crude manner. His constant quarrelling with the officials made him famous in a gentleman’s sport.

“Jimbo” turned pro in 1972, and was hailed as one of the best hopes of American tennis, along with Harold Solomon and Roscoe Tanner. During his two first seasons  as a professional player, Connors managed to claim 17 titles and to reach Grand Slam quarter-finals three times. In 1974, he decided to attend the Australian Open for the first time, a decision that proved to be wise as he claimed his first Grand Slam crown in Melbourne, defeating Phil Dent in the final (7-6, 6-4, 4-6, 6-3). It was the start of his greatest season. In July, Connors had already won ten tournaments, including Wimbledon, where he had outclassed the Australian legend Ken Rosewall (6-1, 6-1, 6-4) in one of the most one-sided finals in the tournament’s history. A few weeks later, he reached world No 1 for the first time.

So far, his season had only been clouded by his ban from Roland-Garros because of his participation in the World Tennis Tour, which led him and his manager to file a lawsuit against the ATP. He put a cherry on top of that fantastic year by triumphing at the US Open, destroying Rosewall again in the final (6-1, 6-0, 6-1).

Jimmy Connors had a complicated relationship with the Davis Cup. In 1972, as a 19-year-old, he was a part of the US team for the first time, but he was openly annoyed when the captain Dennis Ralston chose Tom Gorman and Erik van Dillen to play on the opening day. As a consequence, young Jimbo was not chosen in any of the remaining ties that year, although the American team clinched the title.

The following year, in 1973, Connors volunteered to play but the captain decided to keep the players that had participated in the zone matches. That year though, the United States were defeated by Australia in the final, 5-0.

In 1974 and 1975, Connors refused to play the Davis Cup. At the time, players didn’t get paid to play for their country, and the world No 1 prioritised cash over patriotism. On top of that, Jimbo and his manager, Bill Riordan, had filed a lawsuit not only against the ATP, after he was banned from the 1974 French Open, but also against Arthur Ashe, who, according to them, had damaged his image by saying that his Davis Cup abstinence as unpatriotic. When Connors lost to Ashe in the 1975 Wimbledon final and skipped the traditional dinner, he seemed as far as he possibly could be from joining the United States Davis Cup team. That year, the day the United States lost to Mexico, Connors was playing a $100,000 exhibition match against Rod Laver.

However, a new captain, Tony Trabert, had been appointed. Connors’ manager claimed that there was no way he could convince the world No 1 to participate in the zone match against Venezuela in October, but Trabert didn’t take no for an answer. During the US Open, the new captain met Connors in the locker room.

“I told Jimmy that I want to use the best team I can from start to finish and win the Cup,” Trabert said, according to The New York Times..”I told him he’s the only player we have who deserves to play in every match on every surface. (…) I also told him. When you play Davis Cup, it’ll be great for the country and great for you but you won’t really understand what I’m saying until you stand up there and the umpire says. ‘United States serving.’ Then you’ll know.”

“Yes, it is a special kind of excitement,” Connors said after the match.“I have always played for myself, but in this I am also representing 200 million other people.” 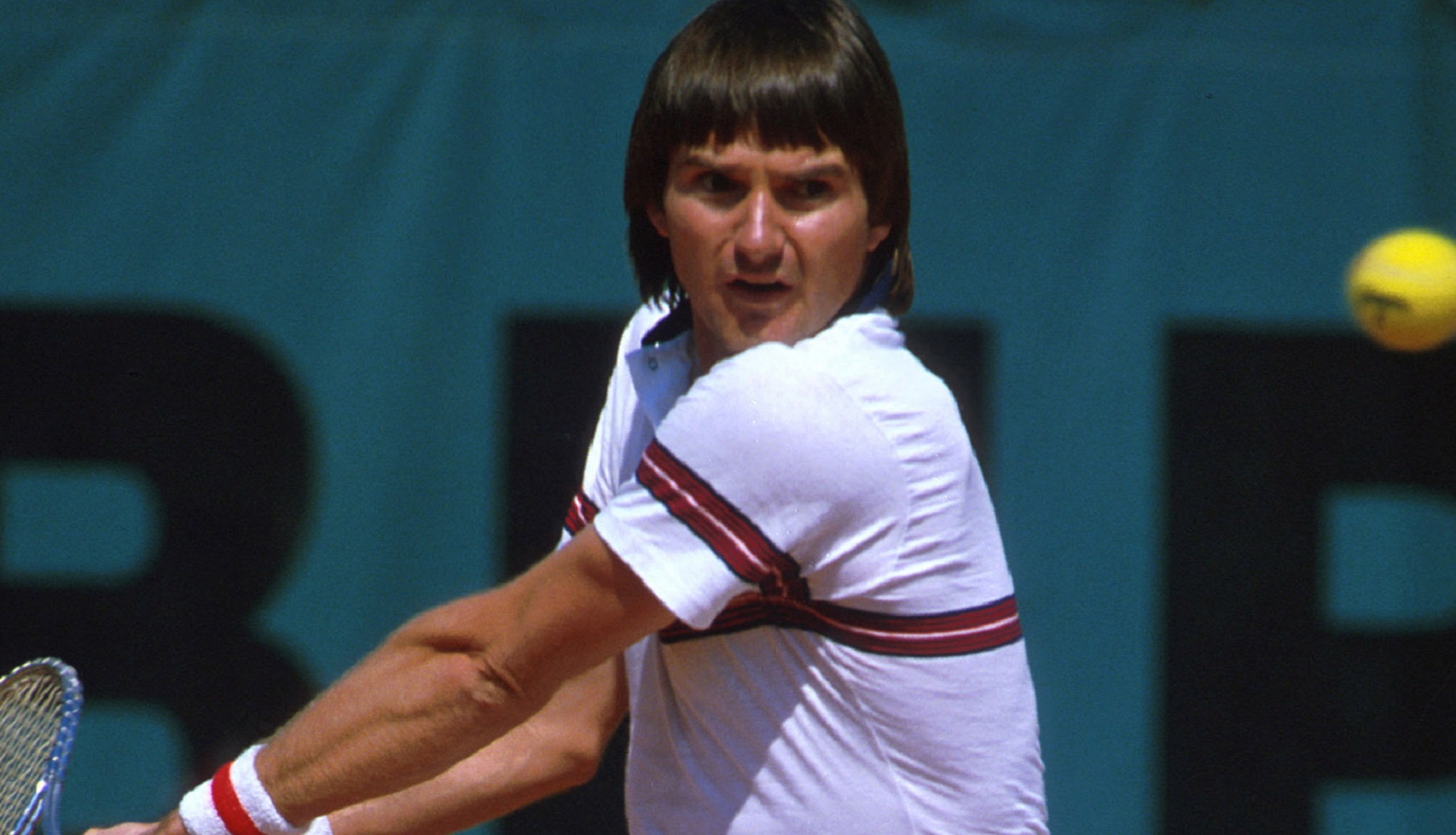 Despite his patriotic claims, Connors would not compete in the Davis Cup again until 1981, when he would participate in the quarter-finals, in New York. Only in 1984 would he commit to be a part of a full campaign, and that year, the United States would be defeated in the final by Sweden.

At the end of his long career, in 1992, Connors would have only played 10 Davis Cup singles matches, with a 7-3 overall record.