Every day, Tennis Majors takes you back in time to relive a tennis event which happened on this specific day. On this day, August 23, 1977, Bjorn Borg became No. 1 in the ATP rankings for the first time. 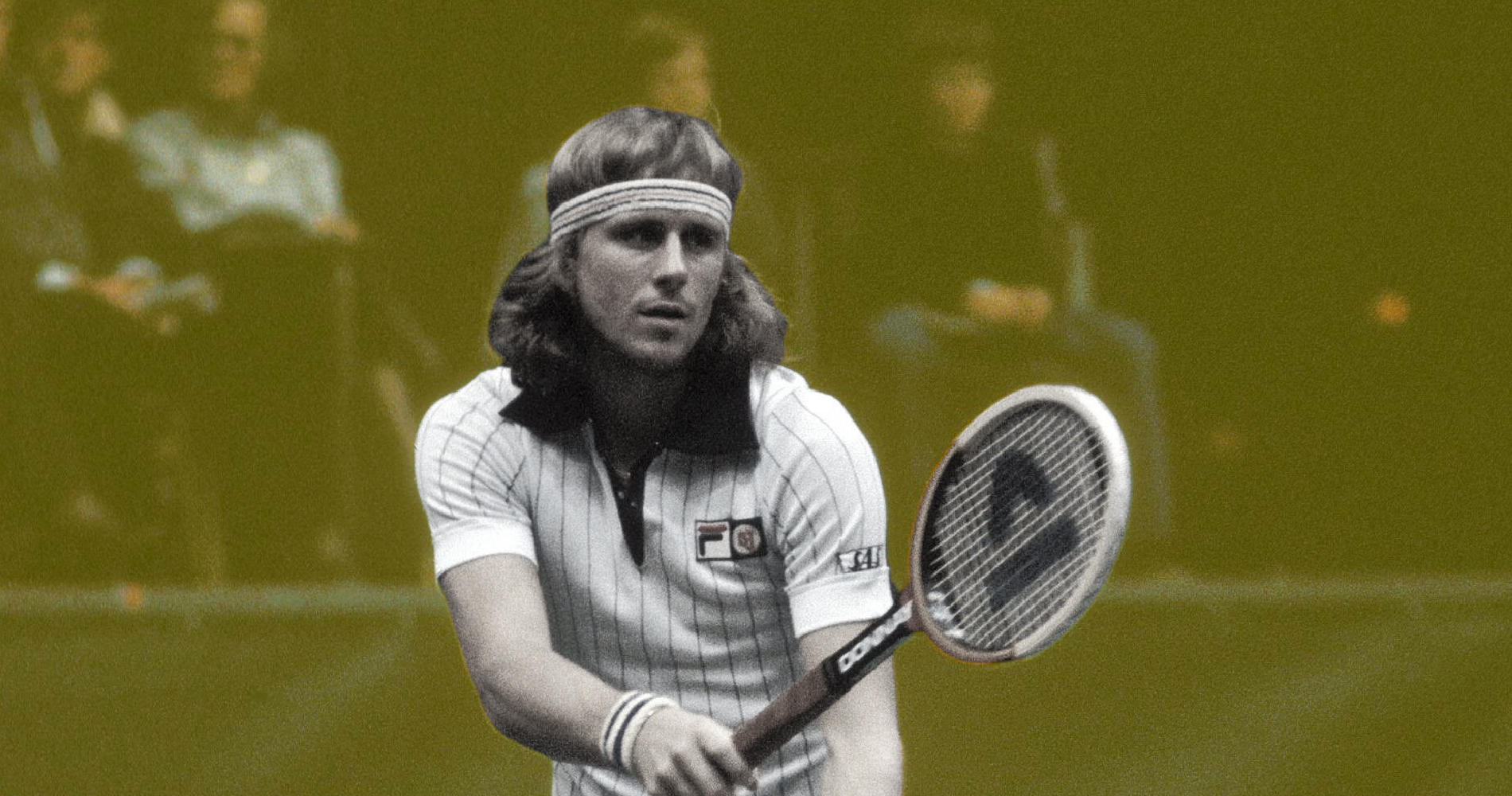 What happened exactly on that day, and why is it memorable in tennis history?

On this day, August 23, 1977, Bjorn Borg, the Swedish legend, became world No. 1 for the first time by taking over the top spot from Jimmy Connors — who had been holding the top spot for the past 160 weeks (since July 29, 1974). Although Borg secured the No. 1 ranking for only one week before the American reclaimed it for another 84 weeks, it was an important milestone for the 21-year-old — who had already claimed 25 titles, including four Grand Slams (Roland-Garros in 1974 and 1975, Wimbledon in 1976 and 1977).

Borg, born in 1956, was a champion who changed the game of tennis forever. His unprecedented stardom and his numerous successes were the main reason why tennis became such a popular sport in the 1970’s. His game style , which involved a lot of topspin and a two-handed backhand, was revolutionary and would be copied all around the world. His nickname, “Ice Borg,” reflected his attitude on the court: he seemed to have his emotions under control at all times.

He started playing tennis as a nine-year old. By the age of 15 he was already a member of the Swedish Davis Cup, and in his first appearance at the competition he won his singles match against New Zealander Onny Parun. He turned professional the next year in 1973, before even turning 17, and soon he reached the final in Monte-Carlo — where he was defeated by Ilie Nastase (6-4, 6-1, 6-2).

Borg’s domination of the game started in 1974, when, at the age of 18 he claimed his first Grand Slam at Roland-Garros, becoming the youngest ever French Open champion by beating Manuel Orantes in the final (2-6, 6-7, 6-0, 6-1, 6-1). Since the start of his career, only one player had managed to defeat Borg in Paris: Italy’s Adriano Panatta, who beat him in 1973 and 1976. Otherwise, the Swede remained undefeated in Paris — where he had triumphed a second time in 1975 by defeating Guillermo Vilas in the championship match (6-2, 6-3, 6-4). In 1977, Borg decided to play the World Team Tennis — a well-paying team competition held in the United States in the spring. He thus skipped the French Open.

Since 1976, he had also proven himself invincible at Wimbledon–lifting the trophy that year (outplaying Nastase, 6-4, 6-2, 9-7) and again in 1977 (defeating Connors, 3-6, 6-2, 6-1, 5-7, 6-4). As Borg had attended the Australian Open only once, in 1974, it was assumed that the only major title he was still actively chasing was the US Open — where he had lost in the final to Connors in 1976. Borg also remained undefeated in Davis Cup singles competition, having won all 19 of his matches under the Swedish flag.

Borg had been world No. 2 since March of 1976. The Swedish star was trailing only Connors, who had been No. 1 since July of 1974. At the time, Borg dominated the game on clay, and he knew that in order to become the best player in the world he had to improve on fast surfaces — particularly on grass. In 1976, determined to win Wimbledon, he dedicated two weeks to practicing serve-and-volley tactics, and he became the youngest player to ever win the tournament without dropping a single set — not even in the final against an experienced player Nastase (6-4, 6-2, 9-7). In 1977, “Ice Borg” had much more trouble defending his title: in order to remain the Wimbledon champion he had to survive two five-set thrillers.

Thanks to his Wimbledon success, Borg — despite his decision to skip Roland-Garros in order to represent the Cleveland Nets in the money-making World Tennis Tour — was now closer than ever to becoming world No. 1. Although it did not happen straight after his second triumph at the All-England Club, it was just a matter of time. A few weeks later, on August 23, 1977, Bjorn Borg sat on top of the ATP rankings for the first time — becoming only the fourth player to hold the top spot since the rankings were established in 1973.

Borg would only stay world No. 1 for one week in 1977, as Connors reclaimed the spot on August 30. The Swede, suffering from a shoulder injury, would retire in the US Open fourth round against Dick Stockton (6-3, 4-6, 0-1), and he would be back only in October to claim five consecutive titles.

The fact that Borg and Connors held the No. 1 spot in a season mostly dominated by Vilas — who had won Roland-Garros and also beat Connors in the US Open final — would make the ATP ranking system criticized by numerous tennis experts.

Borg would become world No. 1 again in March of 1979, holding the spot for a total of 41 weeks before a new rival would arise: John McEnroe. Nevertheless, Borg would remain dominant until 1981 — with a total of 109 weeks spent on top of the charts. The constant attention and pressure would eventually make him burn out and quit professional tennis in 1981 at the age of 26, having already won 64 tournaments — including 11 Grand Slams and two Masters Cups.