December 6, 1984: The day when Sukova prevented Navratilova from completing the calendar-year Grand Slam

On this day, 19-year-old Helena Sukova prevented Martina Navratilova from completing the calendar-year Grand Slam, defeating her in the Australian Open semi-finals. 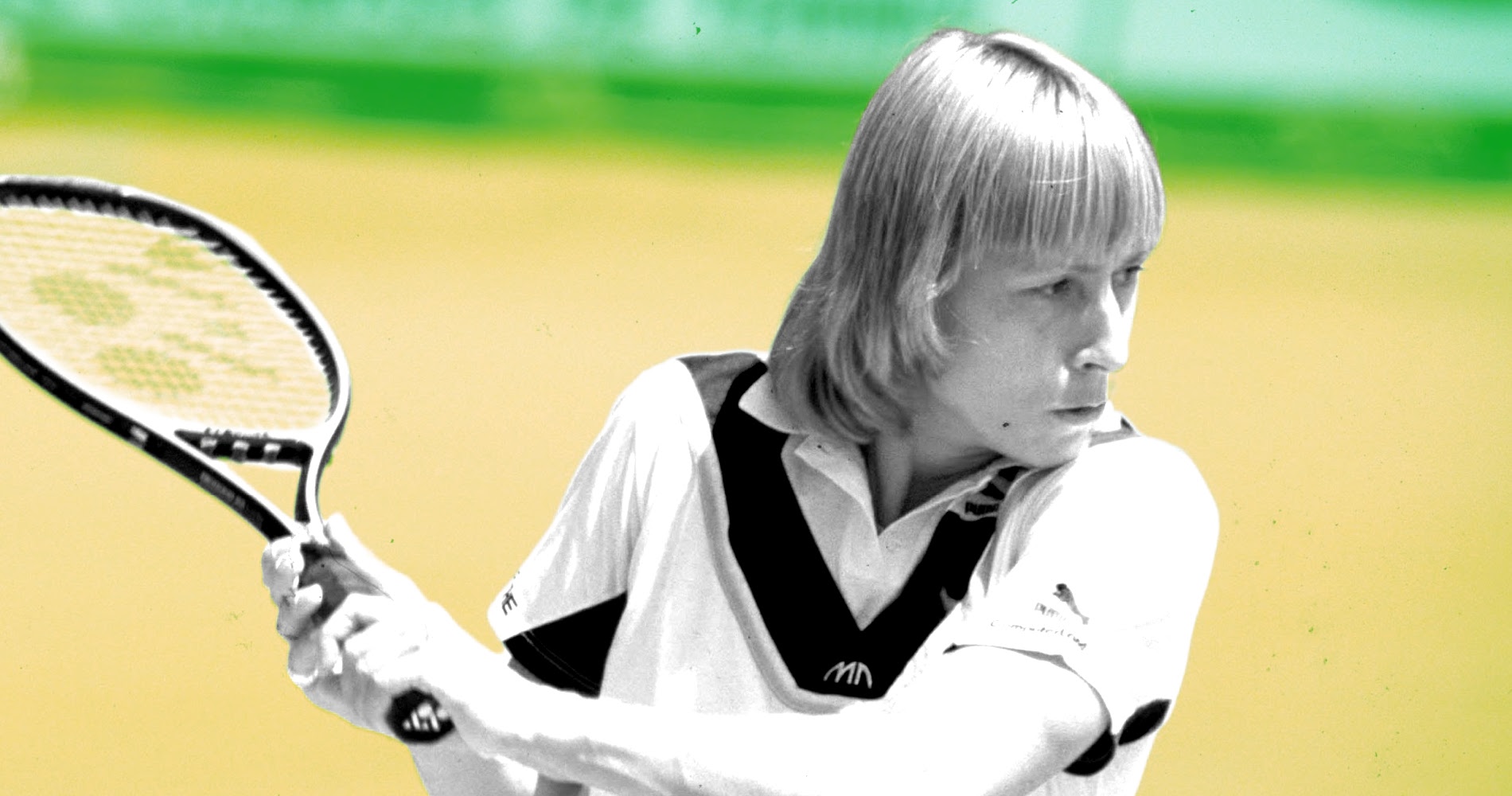 On this day, December 6, 1984, to general astonishment, 19-year-old Helena Sukova prevented Martina Navratilova from completing the calendar-year Grand Slam, defeating her in the Australian Open semi-finals (1-6, 6-3, 7-5). Navratilova, world No 1, had won the six last major tournaments, and her loss on that day put an end to a 74-win streak. It was Sukova’s first win over the legendary lefty, and she would be defeated in their next 13 encounters.

Helena Sukova, whose mother, Vera, had finished runner-up at Wimbledon in 1962, was born in 1965. She made her first Grand Slam appearance at the 1981 Australian Open, where she made her way out of the qualifications unto the third round, defeated by Hana Mandlikova (6-2, 6-1). She claimed her first title in 1982 in Newport News, defeating Pat Medrado in the final (6-2, 6-7, 6-0), and in 1984, she obtained a first remarkable result in a major tournament, reaching the quarter-finals at the US Open (lost to Martina Navratilova, 6-3, 6-3). At the start of the 1984 Australian Open (which, at the time, was being held in December and was the last Grand Slam of the year), she was world No 10.

In 1984, Martina Navratilova, born in 1956, was the undisputed world No 1. According to her rival Chris Evert, she took fitness to a new level in women’s tennis, introducing the idea of cross-training, playing other sports such as basketball in order to improve her physical condition. She reached the top spot for the first time in 1978, after she claimed her first Grand Slam title at Wimbledon, defeating Evert in the final (2-6, 6-4, 7-5). She successfully defended her crown at the All England Club in 1979, and in 1981, she triumphed for the first time at the Australian Open, each time defeating Evert in the final. In those years, she fought for the world No 1 spot with Evert and Tracy Austin, but from 1982, Navratilova took a strong hold on the tour. That year, she completed the career Grand Slam by lifting the trophy at both Roland-Garros (defeating Andrea Jaeger, 7-6, 6-1) and Wimbledon (defeating Evert, 6-1, 3-6, 6-2). In 1983, her hold on the tour changed into a complete domination. When she arrived at the 1984 Australian Open, she had won the last six Grand Slam tournaments (from Wimbledon 1983 to the 1984 US Open), which was an absolute record on both men and women’s tour. However, in Kooyong, she aimed at an even greater goal : to add a calendar-year Grand Slam to her list of achievements. 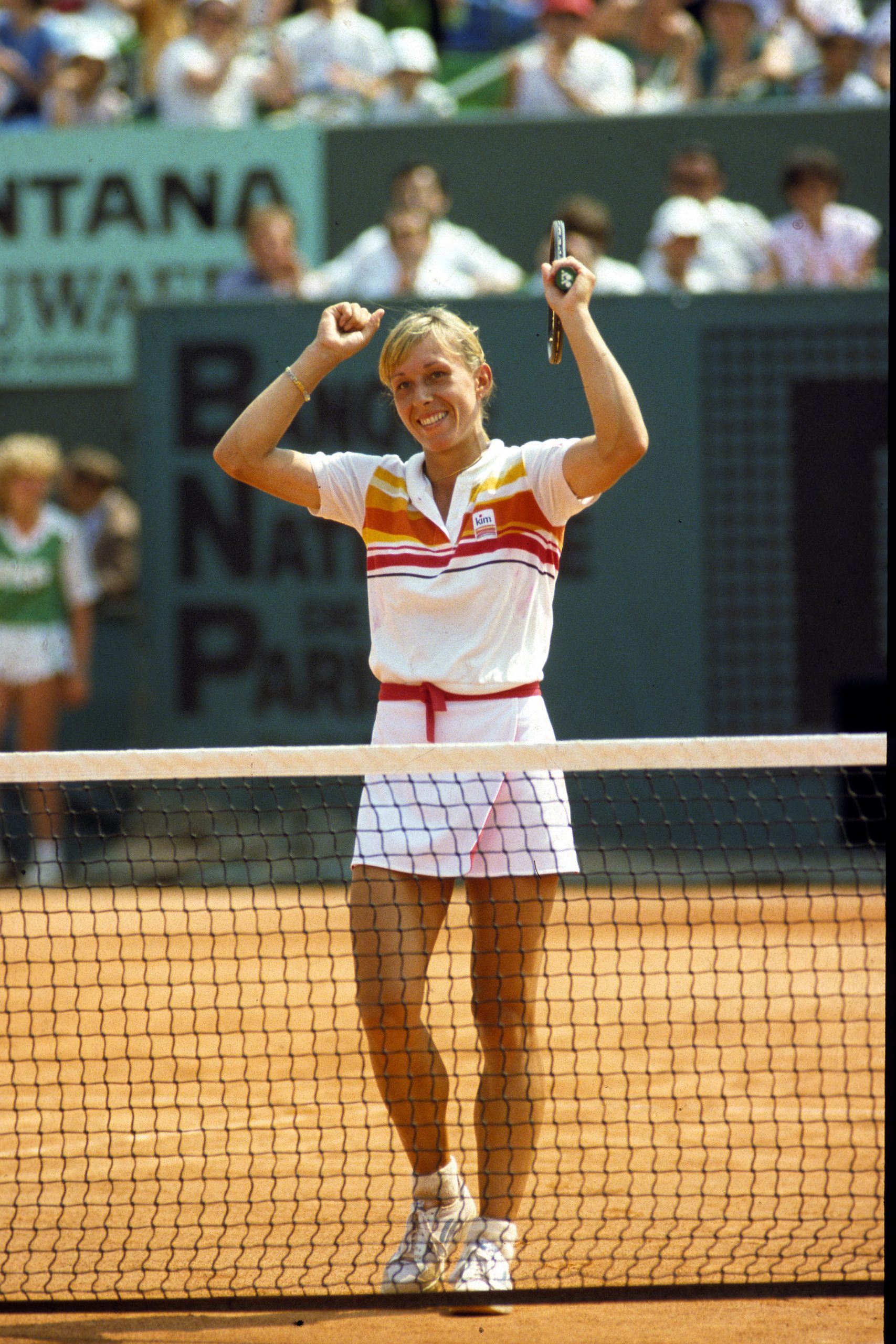 Unlike the other Grand Slam tournaments, The Australian Open (first known as the Australiasian Championships and, later, the Australian Championships) had moved several locations throughout the years. In fact, the event switched cities every year before it settled in Melbourne in 1972, and no less than five Australian cities had hosted the event at least three times : Melbourne, Sydney, Adelaïde, Brisbane and Perth. The event was held on grass at the Kooyong Stadium, in a posh easter suburb of Melbourne. Its timing had changed several times as well, between early December and January, going from being the first Grand Slam of the year to being the last. Until 1982, many of the best players skipped the Australian Open, because of the remoteness, the inconvenient dates (around Christmas and New Year’s Day) and the low prize money.

In 1984, Martina Navratilova didn’t simply attend the Australian Open. Winner of the last six Grand Slam tournaments, undefeated in 70 matches since her loss to Hana Mandlikova in January, she was there to achieve the calendar-year Grand Slam. She blasted to her first four rounds to reach the semi-finals (there were only 64 players in the Australian Open draw at the time), extending her record winning streak to 74. In the final four, she faced Helena Sukova, whom she had heavily defeated a few months before, in the US Open quarter-finals (6-3, 6-3), and against whom she hadn’t lost one set in three previous encounters. To most of the experts, there was very little doubt that Navratilova would join Chris Evert in the final for the last round of her bid for the Grand Slam.

At the start, everything went according to plan for the world No 1. She managed to claim the first set, 6-1, although 6 of the 7 games went to deuce, and she faced break point in 3 of her 4 service games. Many players would have collapsed after so many missed opportunities, but not Sukova, who sharpened her returns to break Navratilova and take the second set, 6-3. The Czech then took a 3-0 lead in the last set, but the world No 1 was not going to let herself beat so easily. Sukova remained strong and focused, even though she saw her opponent coming back to 4-4 : “When I lost a point, I’d just say, ‘Let’s try another one and forget that,’ ” she said later, according to Sports Illustrated. “I wasn’t nervous or anything.”

Her mental toughness prevented her from a meltdown in the last game. After she broke Navratilova at 5-5, she obtained three consecutive match points, but the world No 1 saved them all with forehand winners. Keeping her cool, Sukova earned two other match points, who ended up with Navratilova hitting winners again. Finally, on the sixth match point, the world No 1 missed her return. Against all odds, 19-year-old Sukova had just prevented the undisputed No 1 from completing the calendar-year Grand Slam.

Martina Navratilova would become, according to Billie Jean King, “the greatest singles, doubles, and mixed doubles player who ever lived,”. In the Open Era, no male or female player would ever win more singles tournaments than Navratilova (167), doubles events (177), or matches (2,189). At the end of her career, she would hold 18 Grand Slam titles in singles, 31 in doubles and 10 in mixed doubles, completing the career boxed Grand Slam: winning every major tournament in singles, doubles and mixed doubles. She would spend a total of 332 weeks as world No 1, but she would never achieve the calendar-year Grand Slam.