Every day, Tennis Majors takes you back in time to relive a tennis event which happened on this specific day. On May 28, 1980, Jimmy Connors won over the Parisian fans with a gritty comeback victory over French player Jean-Francois Caujolle 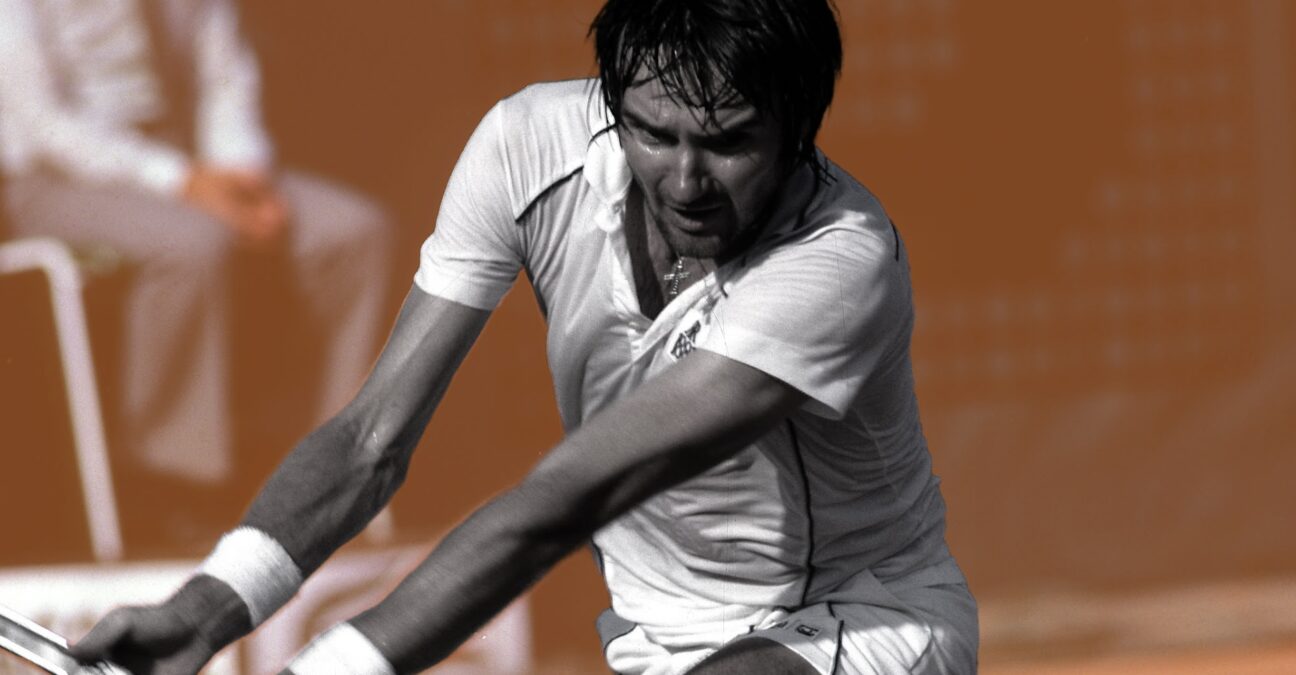 On this day, May 28, 1980, local player Jean-Francois Caujolle, ranked no 76 in the world, saw the French crowd turn against him after he blew a two set and 5-2 lead against world No 3 Jimmy Connors at Roland-Garros. The match remained a massive disappointment for Caujolle, who was vehemently booed by the public and eventually sent packing from the tournament, 3-6, 2-6, 7-5, 6-1, 6-1. The defeat also remained famous in tennis history as an example of how fickle the Parisian crowd could be, even against its own players.

Jimmy Connors, born in 1952, was one of the greatest tennis players of his generation. Coached by his mother Gloria, Connors was one of the first players to hit the ball flat off both wings, and mainly from the baseline. Making contact on the rise, and thus taking time away from his opponents, Connors’ game would be very influential for future generations of tennis players. “Jimbo” turned pro in 1972 and became world No 1 by 1974. In fact, that year he won all three Grand Slams that he participated in; Connors was not permitted to play Roland-Garros due to an ongoing lawsuit against the ATP.

From 1979 until his appearance at Roland-Garros in 1980, Connors didn’t perform as well as he had in his peak years. He had not reached a Grand Slam final since his 1978 US Open title, though he was still ranked No 3 in the world.

The story took place in Roland-Garros, Paris. The stadium, located in the west of Paris at the edge of the Bois de Boulogne forest, had been hosting the French Grand Slam since 1928. It was the first and now only Grand Slam to be played on clay, the slowest surface, which made it the hardest tournament to win from a physical perspective. In 1980, the first circular-shaped court in the world was introduced; first known as the “Central Bis,” or “the Bullring,” it remained as Court No 1 in tennis history.

It was Caujolle’s ninth appearance at Roland-Garros, his best performance being a third round appearance in 1976 (defeated by Harold Solomon, 6-4, 6-3, 6-1). Connors had skipped the tournament five consecutive times before a long-awaited comeback in 1979 where he reached the semi-final (beaten by Victor Pecci, 7-5, 6-4, 4-6, 6-3).

Connors was not a regular in Paris. After skipping the event for five years, the American had returned to Roland-Garros in 1979 to chase the only Grand Slam title missing from his resume. Although European clay was not his favorite surface, being a bit slow for the left-handed counter puncher, Connors already had five major titles to his name and he was in Paris to win the tournament. After falling in the semi-finals in 1979, he was back in 1980 with the same purpose and, somehow, his long absence had garnered him sympathy from the French public.

A few weeks before Roland-Garros, in early April, the two players had faced each other in the round of 16 at the Monte-Carlo Open. It was Connors’ first appearance in Monaco, and Caujolle defeated the American 7-6, 6-2. Jimbo did not forget nor forgive that.

In the meantime, the two left-handers had followed different paths. The Frenchman had continued his European clay-court tour, reaching the quarter-finals in Florence, and losing in the first round in Rome. In his first round at Roland-Garros, Caujolle edged Marcos Hocevar, 6-1, 6-4, 6-4.

Connors had flown back to the United States to attend the World Championship Tennis Finals in Dallas, where he defeated John McEnroe in the final (2-6, 7-6, 6-1, 6-2) on indoor carpet. In his first round in Paris, the American defeated the 1976 Roland-Garros champion Adriano Panatta (6-4, 4-6, 6-2, 7-6). His second opponent was another southpaw, someone already known to him: Caujolle.

Connors had taken the Monte-Carlo loss as a personal offence. In a 2017 interview for L’Equipe, his opponent would recall that Jimbo abused him repeatedly at the changeovers. In this unfriendly atmosphere, the match started well for the Frenchman. Supported by the crowd, he used the same strategy that had paid dividends in Monte-Carlo, giving no pace and waiting for Connors to lose his focus. Soon, Caujolle claimed the first two sets while Jimbo was fooling around with the audience. About this time, there was a drastic change in the crowd: they put their uproarious energy behind Connors instead of the Frenchman! Caujolle still took on a 5-2 lead in the third set and some journalists were already packing their notebooks to leave the court.

It was at this moment, with dozens of rowdy spectators openly cheering against him, that the French left-hander was overcome by the pressure. He blew a match point at 5-2, 30-40, to the delight of the stirring spectators. Perhaps irritated by this missed opportunity as well as the public’s attitude, Caujolle turned everyone against him a few points later, while arguing a call. Connors knew his time had come. He kept on fighting while Caujolle collapsed. The Frenchman would manage to win only two more games in the match.

Connors would reach the semi-final at Roland Garros that year, losing to Vitas Gerulaitis, 6-1, 3-6, 6-7, 6-2, 6-4. The American would finish his career with eight major titles, none of which came at Roland-Garros.

Caujolle would never really recover from the loss. A foot injury would rush his retirement from professional tennis in 1981. As a local player, he never fully understood the lack of support he received from the crowd on that fateful day. He would also not forgive Connors for his attitude.

“He was a bully and a mean person”, he would claim, almost 30 years later.

After working as a representative for the tennis brand Major in the 1980s, Caujolle would create an ATP event in his hometown of Marseille, known as the Open 13. The tournament, founded in 1993, is successful to this day and has seen many great champions lift the trophy, such as Boris Becker (in 1995 and Roger Federer (in 2003).

It would take Connors some time, but the Hall of Famer would manage to win Grand Slam tournaments and occupy the world No 1 ranking again. Connors would claim three more Grand Slam titles: Wimbledon in 1982, and the US Open in 1982 and 1983. He would remain a top 10 player until April 1989, at the age of 37. The American finished his career with the all-time record of 109 ATP titles and finally retired tt the end of 1992.