Every day, Tennis Majors goes back in time to look back on a significant event for the tennis planet. On October 1, 1988, Steffi Graf perfected her Grand Slam by winning Olympic gold over Gabriela Sabatini. 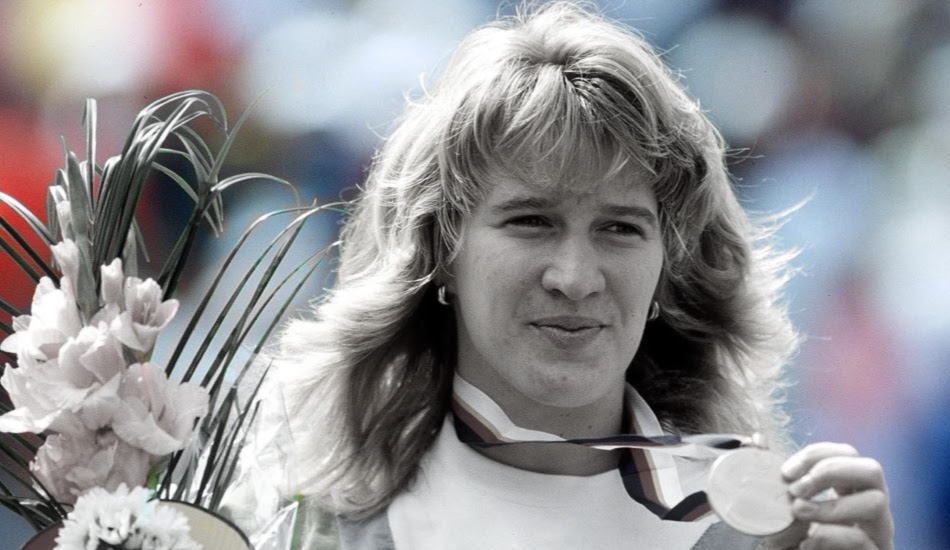 What happened exactly on that day : Olympic gold to crown a perfect season

On this day, October 1, 1988, Steffi Graf defeated Gabriela Sabatini in the final of the Olympic tournament, in Seoul (6-3, 6-3). Three weeks after completing the Grand Slam, she had just added a gold medal to make her season even greater. This feat would remain as a “Golden Slam”, an expression that was specifically invented to define this unique achievement, and would make the 1988 Steffi Graf’ season the greatest season ever played in tennis.

Steffi Graf was born in 1969. In 1982, at the age of 13, she became the youngest girl to ever get a WTA ranking. After winning the demonstration event held at the Los Angeles Olympics 1984, she constantly improved her game and her results. She reached the semi-final at the 1985 US Open, at the age of 16, defeated by world no.1 Martina Navratilova (6-2, 6-3). In 1986, she claimed her first title in Hilton Head, before getting to the US Open semi-final a second time. Closely monitored by her father, she had her breakthrough year in 1987, when she lifted her fist Grand Slam trophy, edging Navratilova in the final of Roland-Garros, and finishing runner-up to the same Navratilova in Wimbledon and the US Open. On the 17th of August, she even took the top WTA seat from the American, who  held it with little interruption since 1982. Steffi Graf started 1988 by claiming the title at the Australian Open, against Chris Evert (6-1 7-6), and in June, she triumphed at Roland-Garros as well, punishing Natasha Zvereva, 6-0, 6-0, in the shortest major final in tennis history. After the Wimbledon final, where she beat six-time defending champion Martina Navratilova (5-7, 6-2, 6-1), she had established a heavy domination on the tour, and at the US Open, she wrote a new page of tennis history, beating Gabriela Sabatini in the final (6-3, 3-6, 6-1) to achieve the first Grand Slam since 1970. 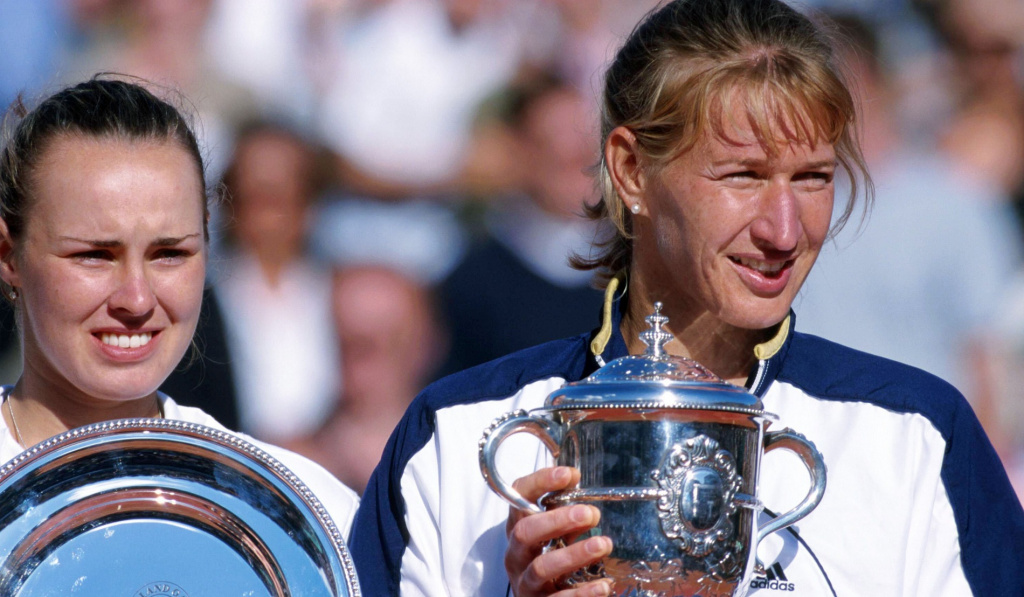 Gabriela Sabatini, from Argentina, was born in 1970. Successful at a very young age, she became in 1985 the youngest player to reach the semi-final at Roland-Garros, where she was defeated by Chris Evert (6-4, 6-1). In the following years, Sabatini, displaying a beautiful one-handed backhand, established herself in the top 10, reaching the semi-final at Wimbledon in 1986 (lost to Martina Navratilova), and two more times at the French Open in 1987 and 1988, each time defeated by Steffi Graf. She also claimed eight titles on the tour, the most important one in Boca Raton, in 1988, where she was the first player of the year to beat Graf (2-6, 6-3, 6-1). Just before the US Open, she triumphed in Montreal, defeating Natasha Zvereva in the final (6-2, 6-1), and in New York, she finished runner-up to Graf (6-3, 3-6, 6-1).

Seoul Olympic Park Tennis Center is a tennis venue in Seoul, South Korea, located in the Olympic Park. The Olympics were a novelty in the world of professional tennis, as the sport was absent from the Games since 1924. On May 11, 1987, the IOC had decided the inclusion of tennis in Seoul. The stakes were higher than just tennis : by including all tennis players, the IOC would officially acknowledge for the first time the end of amateurism.

In September 1988, Steffi Graf was the undisputed world No 1. She had even managed to achieve the Grand Slam, claiming the four major titles, and at Roland-Garros, she had even won the final 6-0, 6-0 against Natasha Zvereva. At the start of the Olympic Games, she was the logical favourite, provided that she had recovered from her effort, as she had triumphed at the US Open only ten days before the start of the tournament in Seoul. In fact, after her victory in New York, she didn’t even take time to celebrate, flying back home as soon as possible.

”I came here really tired,” Graf said, according to The New York Times. ”I was not expecting too much of myself.”

However, her level increased as the tournament went on, and, in the semi-finals, she played great tennis to crush world No 8, Zina Garrison, 6-0, 6-2. In the final, she faced Gabriela Sabatini. The Argentinian was the only player who had managed to beat Graf in 1988, but, as the German had just prevailed against her in the US Open final, it was not enough to break her confidence.

Sabatini took the best start. After she missed three break points in the first game, she managed to break her opponent’s serve at 2-2. Unfortunately, she wasn’t able to keep her own serve, and eventually, Graf took the lead, and sealed the first set with an ace, 6-3. After the two young women split the first four games of the second set, the German broke Sabatini’s serve.

‘I felt I would win after the fifth game of the second set,” Graf said. ”But I actually had a very good feeling after the first game of the match. I was liking the way I am playing.”

The world No 1 won the second set, 6-3. She had just achieved a very unique feat in tennis history, which would have not even been possible in the past, as tennis had been excluded from the Olympics for 64 years.

”I’m very excited,” she said. ”It’s something not many people after me will achieve. It’s amazing.”

Steffi Graf would hold the no.1 WTA ranking until she was eventually deprived from it by Monica Seles in 1991. After Seles’s stabbing in 1993, Graf would recover the top spot until 1997, setting a new record of 377 weeks spent as world no.1. By winning the 1995 US Open, she would become the only woman of all time to win each of the four Grand Slam titles at least four times. When she would retire, in 1999, soon after claiming her last major crown in Roland-Garros, she would have won the amazing total of 22 Grand Slam tournaments.

Gabriela Sabatini would climb as high as world No 3, in 1989. That year, she would lose to Graf in the semi-finals at both the Australian and the US Open, but in 1990, at Flushing Meadows, she would eventually beat the German to claim her first and only Grand Slam title (6-2, 7-6). In 1991, she would play a last major final (lost to…Graf, 6-4, 3-6, 8-6), and she would then remain a top 10 player until 1995, reaching the semi-finals in Grand Slam tournaments no less than seven times. In 1996, struggling with motivation, Sabatini would attend only ten tournaments and would retire at the end of the year.