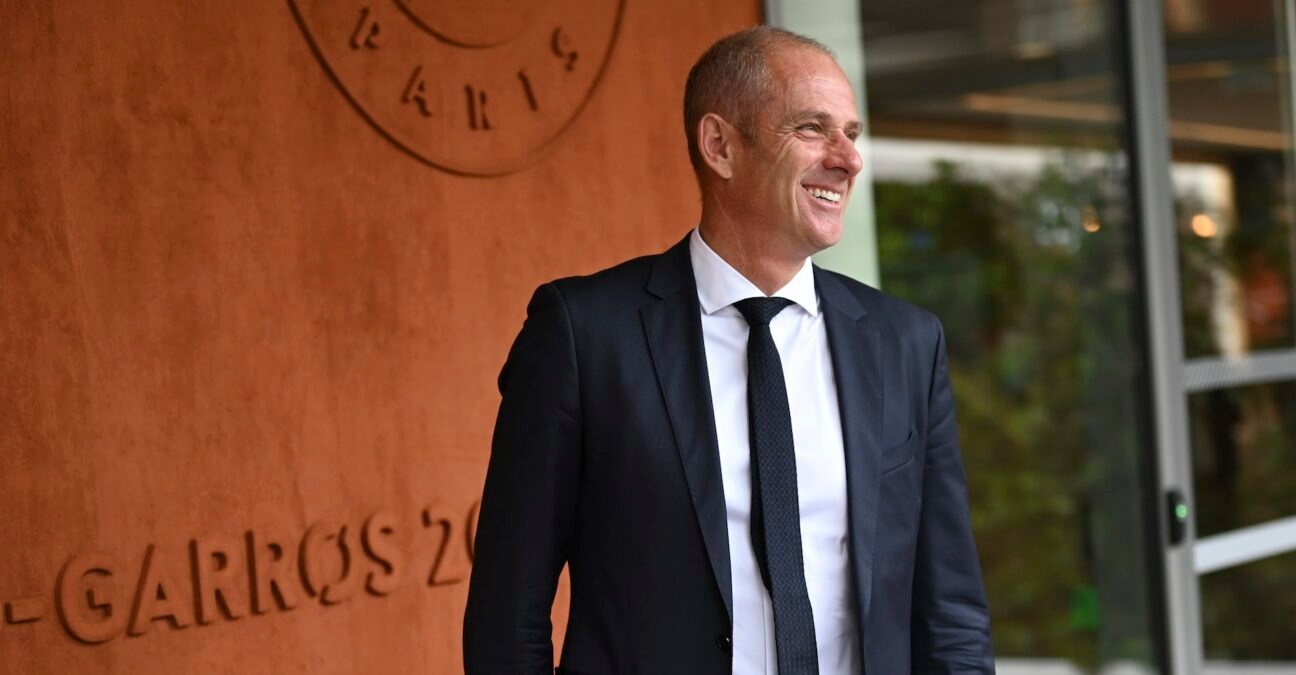 Roland-Garros will consider starting the night sessions earlier in 2022 in an effort to avoid matches running late into the night, according to tournament director Guy Forget.

The tournament introduced official night sessions for the first time in 2021, although nine of the 10 slots will have been played behind closed doors due to the 9pm curfew in Paris, in place to combat the spread of the Coronavirus.

“You know, we thought about it,” Forget said in an interview, referring to the late start time. “We’re moving to 8-o-clock on the 9th of June, (because) the curfew is at 11 (it moves back two hours on that day as restrictions are eased).

“Maybe we’ll adapt in the future at 8.30. It’s a good point and something we will have to discuss.”

Forget : “French people are not really ready for late finishes”

While Forget said the Australian Open and US Open were used to far later finishes than have happened so far at Roland-Garros, he cast doubt on how late fans would want to stay to watch a match in Paris.

“Although in New York and in Australia, we’ve seen matches going to one, two, three, in the morning. I don’t think the French people are really ready for that,” he said.

“I think if we go up to 11pm or 12pm, max, that would be the right time, so you have to probably to do a countdown in reverse, and go, well, would 8.30 or 8 be a better time to start? It’s something we will study, I think, at the end of this tournament.”

The late starts – which have been arranged in conjunction with a new television deal with Amazon Prime in France – have not gone down well with everyone, with late finishes reducing players’ recovery time.

Forget on the closes doors : “It’s a law and we have to follow the rules”

Forget said the night sessions had been designed to be a celebration but rued the fact that their plans were hit by the 9pm curfew in Paris.

“We feel that we are the victim of of that of those restrictions right now that go beyond, you know, sports.” he said. “It’s a law and we have to follow the rules.”

“Nevertheless, we have a commitment with Amazon, which are doing a great job exposing our tournament on a different format now. And we have to send the matches. Players are professional and I have to say that most of them, although it’s not their ideal choice (to play with no fans), go onto court and perform so well, they’re professionals and they know they have a duty towards the game and the tournament. And the matches I’ve seen so far, on Chatrier at night, the quality of the matches was unbelievable.”

Roger Federer, who pulled out of the tournament before his fourth-round match in order not to risk injury in just his third tournament after his return following two knee operations, said organisers might have to think about night sessions because conditions change more on clay at night than other surfaces.

Day and nights on clay make a huge difference, you know, you cannot compare the two

“Look at the US Open and other places, I feel like I have had later finishes, as well – it comes with the business,” he said.

“I mean, finishing Lleyton Hewitt/(Marcos) Baghdatis style 4:30 in the morning (in Melbourne in 2005), clearly that’s not ideal for anybody, or going to bed at three in the morning is not ideal if you’re a professional athlete, but at the same time that’s what it is.

“I think the spectators matter. I don’t know. I guess business needs to keep on moving. But one thing that’s for sure is that day and nights on clay make a huge difference, you know. You cannot compare the two. Whereas on hard courts you feel at least it’s quite similar. But I think on clay there is even a bigger difference, which is a big challenge for the players.”

The final night session at Roland-Garros on Wednesday will be able to welcome 5,000 fans and Forget said he hoped that would be a forerunner for what the tournament will be like in 2022.

“When we had the tournament in October (2020), I never thought this was going to be an issue again,” he said.

“I thought, when this is over, the next edition, we’ll have full capacity, people everywhere. We’ll have a night session, it’ll be wonderful, and here we are.

“It’s very hard to predict. I’d like to be optimistic. And I think we should because I believe that it with the vaccination and sanitary (measures) and everything that’s put in place – and the (Coronavirus) numbers are going down a big time in France and I think around Europe – so hopefully by next year, 12 months down the road, we should be in a better place. Keeping fingers crossed.”