A former junior world No 1, 21-year-old Sebastian Baez is already ranked among the world’s top 40. The Argentine speaks to Tennis Majors about his recent success, his tennis philosophy, working with coach Sebastian Gutierrez, his relationship with Del Potro and more 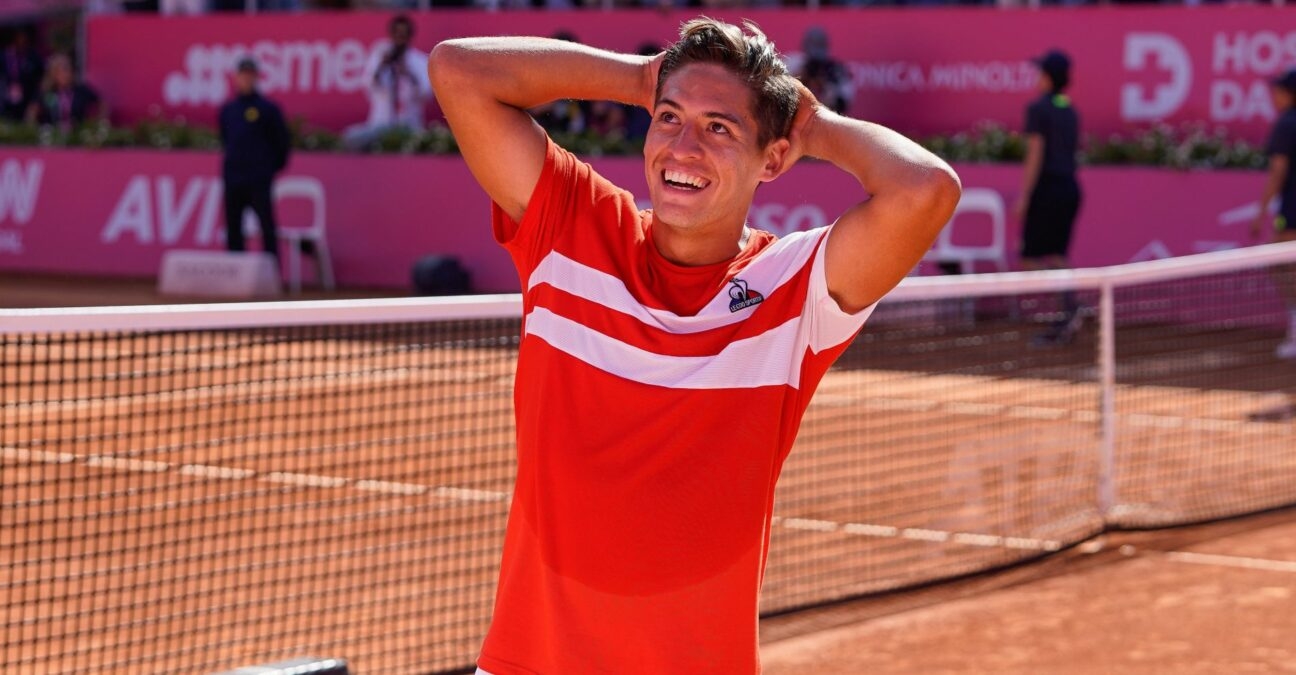 Sebastian Baez’s family was not connected to tennis in any major way. Still, his father owned a tennis racquet, because he played the game two or three times a year when the family went on holidays to visit relatives in the north of Argentina.

During the rest of the year, the racquet would be forgotten and stashed in a place where nobody saw it. That was until two-year old Sebastian Baez found it.

“I found the racquet, carried it around the house and I have never let it go since that time,” 21-year-old Sebastian Baez told Tennis Majors with a laugh.

The Argentine had an incredible 2021 season on the ATP Challenger circuit, winning six titles and playing in three more finals. In 2022, Baez has one of the players to break through on clay – he clinched his maiden ATP title in Estoril in April, after having been runner-up in Santiago in February.

Throughout our interview, one expression Sebastian Baez comes back to: hard work. Outside the court, he describes himself as a calm person that likes to listen to all kind of music, but his favourite artist is Eminem.

“I loved him in ’8 Mile’. I realized from that film that it does not matter what is your age, where you come from or how hard it is – if you follow your dreams and work extremely hard, you will be rewarded“, said Sebastian Baez, who stands at 170 cm, just like his compatriot Diego Schwartzman, the former world No 8 who is currently ranked 16th in the world.

In his interview with Tennis Majors, Sebastian Baez, who sits at No 36 in the world, spoke on his recent success, his tennis philosophy, working with his coach Sebastian Gutierrez, his relationship with Juan Martin Del Potro and more.

You have been very successful on the ATP Challenger Tour. According to you, what is the difference in the level compared to the ATP Tour?

On the other hand, there are top 50 or top 20 players that play at a very high level. But, apart from some elite players, I would say that the quality is more or less similar.

You come from Argentina, which is not easy for a tennis player. You have had financial obstacles, you have not received any wildcards. Did that make you more hungry to succeed?

As you said, I am from Argentina and everything was just a bit harder because of that. We are very far, it takes 13 hours to get to Europe and it is more expensive. We do not have the luxury that the most European players have – to play a tournament and to be home in two hours.

In my case, I was motivated to achieve everything by myself, with my team. I take pride in the fact that nobody has gifted us anything, we have accomplished everything purely by our effort and hard work, without much help.

Your coach Sebastian Gutierrez made you more disciplined, you liked to eat ice cream and fast food in your early days. What is your relationship with Sebastian?

He means everything to me, that is the truth. I have known him since 2016 – he has been with me every step of the way, I became World No 1 in juniors with him, gained my first ATP points, he has helped me to understand the way the game works.

We bonded, not only as a player and a coach, but personally as well. He guided me to finding proper ways to do things and he has helped my development as a person as well. He is a great human being, probably the most important person to me.

Sebastian and I talked about how it is the right thing not to have goals in terms of points, ranking, wins or losses, but sometimes a person needs to have a certain objective in front of him. So, at the end of last year, we set the goal of being in the top 50, which we have already achieved.

Now we have to talk again and to set another goal, but my focus has never been on that, never on the results, but on the ’how’, meaning how to get to those results. How to prepare, how to practice, how to behave between practices, how to act the day before and the day after matches. Those are the details I pay attention to, so that I can continue to take firm steps in order to get to the elite level I aspire to be at.

Game-wise, what is it that you feel you need to improve in order to make that step?

I feel that the best players in the world do everything at a high level, that makes the difference between them and the rest.  It is not only about good shots, level of tennis, height and power. A player needs to take care about his diet, his rest periods, keeping his head straight and himself focused and motivated.

I feel that it is a quest for perfection in every sense: starting with the way you are dressed on your way to the club. Seba (coach Gutierrez) has taught me to think in such a manner. It is not an easy path, but it is the path I am trying to follow to the best of my abilities. I need to work towards becoming not only a better tennis player, but a better person as well. I think it is a different path in a way, but that it will reflect positively on my results as well.

Who was your inspiration growing up?

I watched a lot of players and tried to learn from each of them, maybe looking at something in their game and then trying to implement it in mine. For example, I admire Novak Djokovic a lot, because he is a great fighter and keeps his head cool. I would like to learn more from him because he is a legend of our sport.

I admire Rafael Nadal and Roger Federer as well, Del Potro of course: I try to study their games in order to improve myself, to become better every day.

What is your relationship with Juan Martin Del Potro, the most successful male player from your country?

My coach and Juan Martin have a tremendous relationship, so we are in contact. He asks me how I feel, if he can help me in any way, to give me advice. It is a privilege to be close to such a great player, he has done amazing things in his career. I am trying to pick up on the way he was able to reach such great heights.

You won your first ATP title in Estoril a few weeks ago. Now that the dust has settled, how does it feel?

It is good, ha-ha, it was a beautiful moment, but in tennis you always have to turn a new leaf and think about the next tournaments. As I said, I want to improve every single day.

Finally, what is the best advice you have received in life?

I received a lot of great advice from my coach in the first place. Let’s go with this one: ’With hard work, anything can be achieved’. Sebastian always repeats that phrase to me. Also, he says that with being smart and dreaming big, nobody can stop you.

Also, Del Potro told me at one practice to always believe in myself and my abilities. Furthermore, he told me that I am on the right path with the right team, which meant a lot. 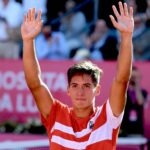 Roland-Garros: Baez sets up second round clash against with Zverev
tennis majors 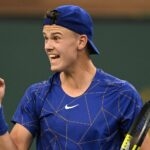 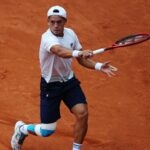