Felix Auger-Aliassime has been waiting some time to get his Grand Slam breakthrough. Now he’ll play his first semi-final against Daniil Medvedev 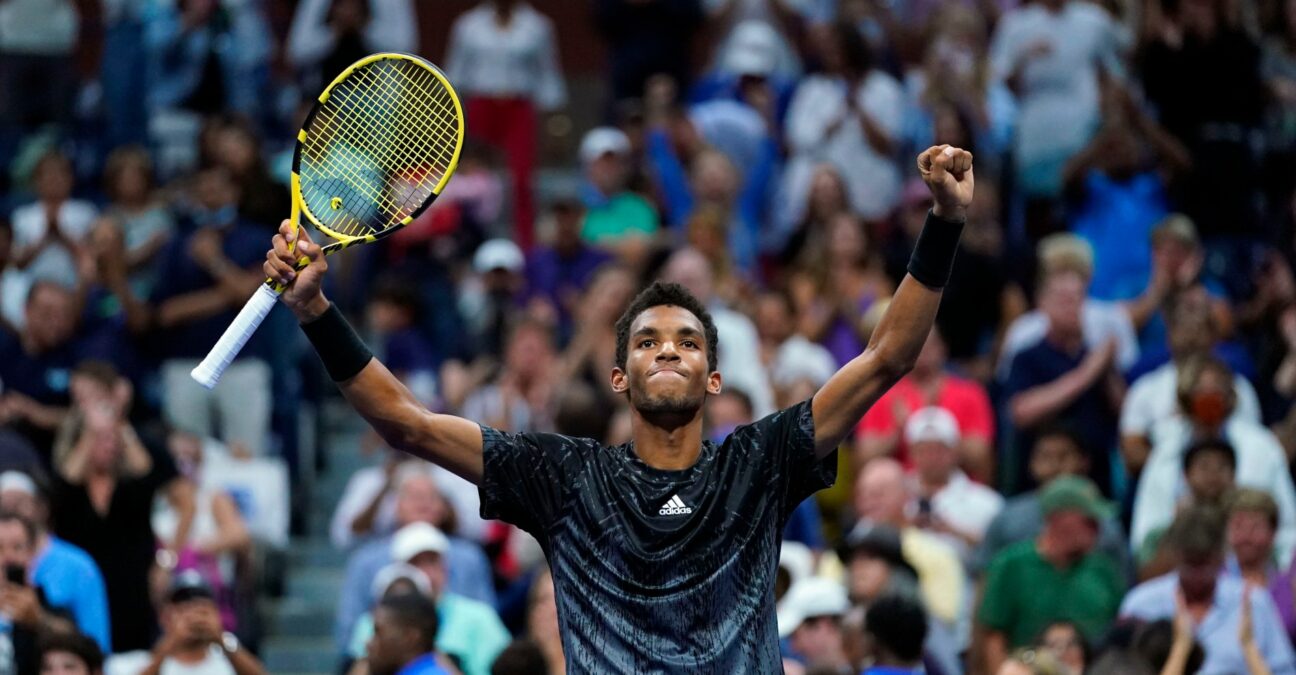 Felix Auger-Aliassime is in the last four of a Grand Slam for the first time of his young career. Of course, he’d have hoped to qualify after a full match and not thanks to the injury that has destroyed the hopes of Carlos Alcaraz, but a win is a win.

“Well, the first thing is congratulating Carlos for his fantastic tournament. I also wish him the best. I feel sorry for him. I was expecting a tough battle, I didn’t see it coming. It’s unfortunate to finish like this, but he can be very proud of himself, very positive heading back with a head high.”

Even if he’s only 21 years old, the Canadian has been basically called the next big thing since he was 15 years old. So, weirdly, it’s been feeling like a long time coming for him.

“I just learned to keep my self-belief high”

“I’m happy to be through to the semi-finals to give myself a shot to play for a Grand Slam final. I’ve gotten impatient sometimes this year, last year. I had I think losses that I was disappointed with either in Grand Slams or in Masters 1000. I think I just learned to accept them, to keep my self-belief high, to keep working well, and things would come. Have the belief that things would come, and you never know exactly when things would click and I would get a great result. I’m happy that this tournament, on a stage like this, the US Open, to be performing the way I’m performing. At the same time I’m still in the tournament, so that’s the best part, is that it’s not over. It’s already been a great tournament. I hope to do more.”

Canada is indeed having a moment at this US Open, as Leylah Fernandez will also play the semi-finals as her crazy run keeps going on. “FAA” can’t quite believe what is happening!

“It would be amazing if we were both in a final, right?”

“It’s great. It’s great for Canada. It’s great for Quebec. We’re both born in Montreal. I never thought a day like this would come. Both a little girl and a little boy from Montreal, both at the same time in the semifinals of the US Open. It’s special for us. I hope the people back home appreciate the moment also. It would be amazing if we were both in a final, right?”

In order to make this dream come true, Fernandez will have to beat Aryna Sabalenka, and Auger-Aliassime will have to get the best of Daniil Medvedev. The World No 2 has been looking very impressive since the start of the tournament but FAA keeps the belief alive: yes, he can find a way through the Russian. They have met only once, in Toronto in 2018 in Toronto, and Medvedev won that tight match (3-6, 6-4, 7-6).

“It was already a great match back then. I actually was up a break, had a few chances. It was a tight loss. We’re both very different players now. I think he was just 50 or 60 in the world at the time. I was not even top hundred. So, yeah, very different situation. Of course, he’s going to come in with a lot of confidence. I also need to step up and be confident in myself, to serve well. I need to play a great match, be solid from every aspect of my game. At the same time, I need to try to put pressure on him. But it’s going to be tough. I need to be ready for his best. I need to lace my shoes really well, too, because there’s going to be a lot of running.”

“Toni has helped me improve maybe the consistency of my game”

This result in New York is also proof that Auger-Aliassime was right to take tough decisions in his team and bring Toni Nadal as a kind of VIP consultant. “We’ve been working since last December. I think it was a good decision for me. He’s helped me improve maybe the consistency of my game, the quality of my movement, my focus. Mainly I think the big thing overall is the belief and the confidence that he brings to myself and everybody involved in my team. I think on one part you have Frederic Fontang, my main coach, who has been with me since I’m very young, that knows me in every aspect of myself and my game. He has the long-term vision for me. You have Toni that has been in the places that we want to go one day, winning these big tournaments, being No. 1 in the world. I think he brings that belief that this is something doable, something we can achieve if we do the right things, work in the right direction.” And a giant step might have been taken in New York this year.