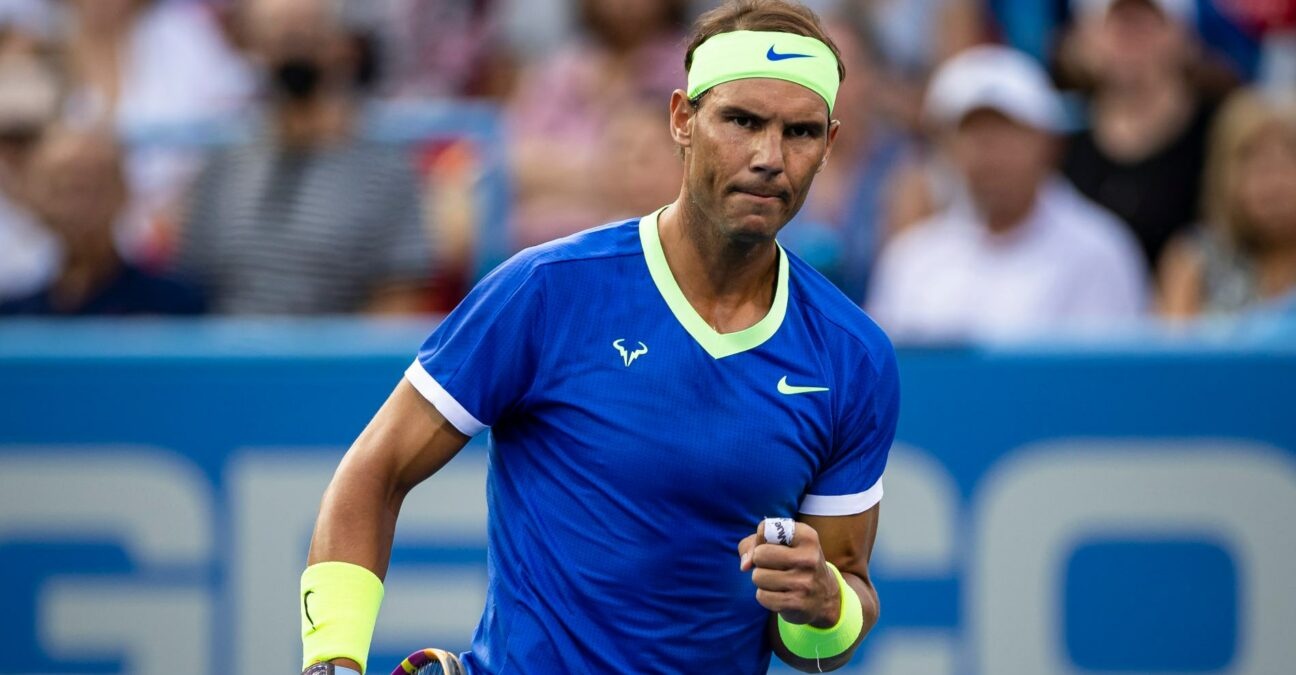 Rafael Nadal will not play at this month’s US Open and in fact, he won’t be on the court again for the rest of 2021 as he looks to fix the left foot problem that has bothered him throughout his career.

The injury, which first occurred in 2005 and even threatened his career, caused Nadal to miss Wimbledon and the Olympics and now the US Open, the final Grand Slam of the year.

“I am confident that I will recover myself 100 percent and will be able to fight again for the most important things,” world No 4 Nadal said in a video statement.

“The injury is nothing new. It’s the same injury I’ve been having since 2005. In that moment, the doctors were very negative about my future career, but honestly I’ve been able to have a career that I never dreamed about so I am confident I will recover again the foot and if the foot is better, I am confident that my tennis and my mentality will be there again soon.

“The only thing you can be sure is that I am going to fight every single day to make that happen. (There) remain a couple of beautiful years, I really think. I will be back, and I will be back the right way.”

Two titles in 2021 but Roland-Garros disappointment

By most people’s standards, Nadal has enjoyed a good year, despite the injury, with 24 wins and five losses.

The Spaniard won titles on clay in Barcelona and Rome but his defeat by Novak Djokovic in the semi-finals in Paris means he has not won a Grand Slam in a year for the first time since 2016.

After missing Wimbledon and the Olympics to rest the foot, Nadal returned to the Tour in Washington but was beaten in the third round by South African Lloyd Harris, admitting his foot was still an issue. Nadal then decided to skip the Masters 1000 event in Toronto and on Friday, he announced that he will not be playing in New York, joining Roger Federer and defending champion Dominic Thiem on the sidelines.

“I’m very sorry to announce I will not be playing any more tennis in the 2021 season,” he said. “But as you know I have been suffering too much with my foot for the last year now. I missed a lot of important events for me, like the US Open now, Wimbledon, Olympics, many other events that are so important and emotional for me.

“So after coming back from Toronto, I took a couple of days to think about it. I needed to talk with my family, with my team and with my doctor especially to understand what’s going on. The foot is not the proper way today and during the last year I was not able to practise and prepare myself the way that I need to, to be competitive at the standards that I want to be. So we had to take that decision.”

Nadal will now rest the foot injury and decide whether to aim for the Australian Open in January, or perhaps wait until the start of the clay-court season, in Monte-Carlo in April, before bidding for a record 14th French Open title.