Home » News » US Open » “In a way, I’m happy because it’s a clean slate” – Raducanu looks to claw her way back up the rankings

“In a way, I’m happy because it’s a clean slate” – Raducanu looks to claw her way back up the rankings

With her ranking set to slide down to around No 80, Emma Raducanu is looking to start a clean slate following a whirlwind 12 months 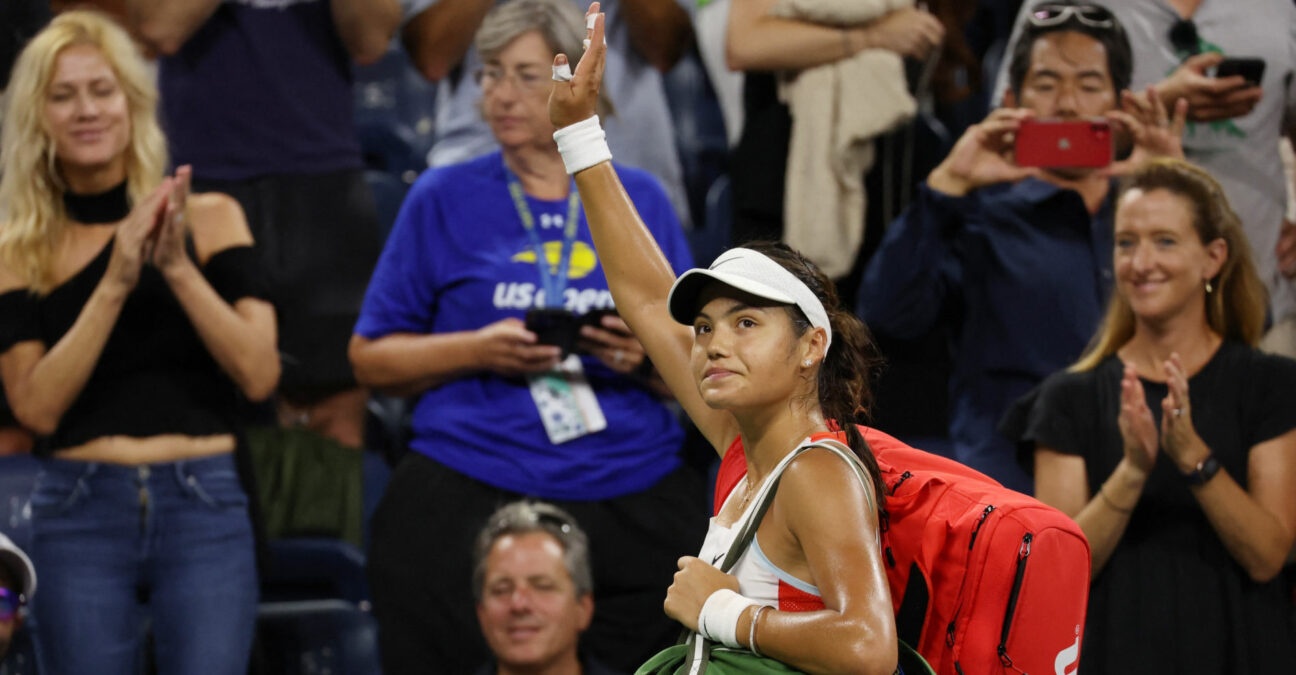 It’s been a whirlwind 12 months for British teenager Emma Raducanu – going from unknown qualifier to US Open champion in two weeks, becoming the new darling of the tennis world and then being brought down when she did not win as often as others expected.

That period came to an end on Tuesday evening as her title defence ended in the first round in New York. 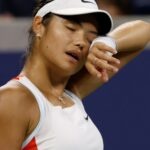 Read also
US Open: Defending champion Raducanu knocked out by Cornet in first round
Tennis Majors

Raducanu was defeated 6-3, 6-3 by French veteran Alize Cornet on Tuesday – a loss that will see her ranking slide down to around No 80. Now, the 19-year-old is looking forward to starting with a clean slate even as her ranking has improved over the last 12 months from No 150 which she entered the US Open last year with to the projected No 80.

Understandably, the British teen was sad to leave her favourite tournament this early but is happy to start afresh.

“Obviously really disappointing, really sad to leave here. It’s probably my favourite tournament,” Raducanu said. “But also, in a way happy because it’s a clean slate. I’m going to drop down the rankings. Climb my way back up. In a way the target will be off my back slightly. I just have another chance to claw my way back up there. I’ve been doing some really good work in the last six weeks especially. Just looking forward to kind of putting more of those weeks together consistently, then we’ll see what happens.”

With perspective, actually as a 19-year-old, I’ve had not a bad year.

“With perspective, actually as a 19-year-old, I’ve had not a bad year. To be top 100, if you told me that a year ago, I’d take it. But, I think it would be nice in a way to kind of just start over, start fresh. I mean, off the court, I don’t think it will make much of a difference, to be honest.”

Raducanu, being seed, has won three matches this year in major tournaments (one at each, except the US Open). Her best performance on the WTA Tour was to win two matches in a row. She did it once on the Spanish clay in Madrid and reached three quarter-finals in Cluj (2021), Stuttgart and Washington (2022). 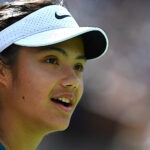 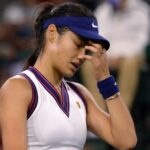 With the weight off her title defence off her back now, Raducanu says she is looking forward to newer experiences and will likely play some WTA 250 events, adding that she remains motivated to win every tournament she plays.

“I know there’s still some tournaments left in the season. It could be exciting for me to start my kind of climb back up there in these tournaments in the rest of the year, be like, Okay, how far can I go till the end of year? Yeah, we’ll see what happens,” Raducanu said.

I think it makes a massive difference no matter what the level is. I think I’ll play some 250s.

“Well, I actually think for me the most exciting thing is, like, trying to do well at each of the different tournaments. US Open defending champion, obviously it would have been great to defend the title. But, I kind of want new experiences. In a way I’ve kind of done that so, like, I want another tournament. It doesn’t really matter what it is. I think any player would be happy to win a tournament. I think it makes a massive difference no matter what the level is. I think I’ll play some 250s. I think the rest of the year is that. We’ll see what the calendar holds.”

“Proud for putting myself out” – Raducanu

One of the things that Raducanu hopes she is able to do is to train and play more on a more consistent basis in the coming months – something that she had not been able to do for much of this season.

“I’d say just putting consistent weeks together. If I look at how much tennis I played this year, or training I’ve done, it’s very, very minimal. We actually counted the days. From, Rome to a bit after Wimbledon, I only played tennis for like 14 days in two months and a half or something. It was pretty wild. But, as I said, six weeks of training, already feel like I’m so much better as a player. I definitely feel like I am growing in confidence.”

“I think the most important thing for me is just consistency of these weeks, of training, of competing. You lose a match, you’re on the practice court like two days later or something. It’s just not having these big chunks of gaps.”

Like I know I’m pushing myself to be the best I can. There’s not much I can do.

With experience Raducanu also said she has become much better at dealing with losses and is proud of pushing herself to be the best that she can become.

“I think this year has definitely helped in a way. I know I can’t really mourn over a loss because I’ll just take weeks. I kind of got better at just picking myself back up quicker and quicker. But this one obviously hurts a bit because it’s my favorite tournament and obviously like a lot of emotions in the past year. I’m proud for putting myself out there every match, every day. Like I know I’m pushing myself to be the best I can. There’s not much I can do.”

US Open: Defending champion Raducanu knocked out by Cornet in first round
tennis majors 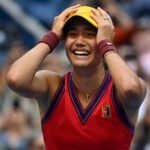 Holder Raducanu plays down pressure: “I think defending a title is just something the press makes up”
tennis majors 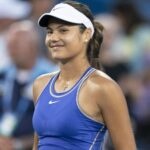 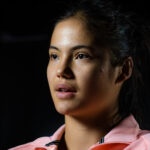 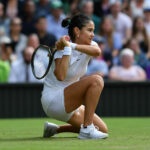