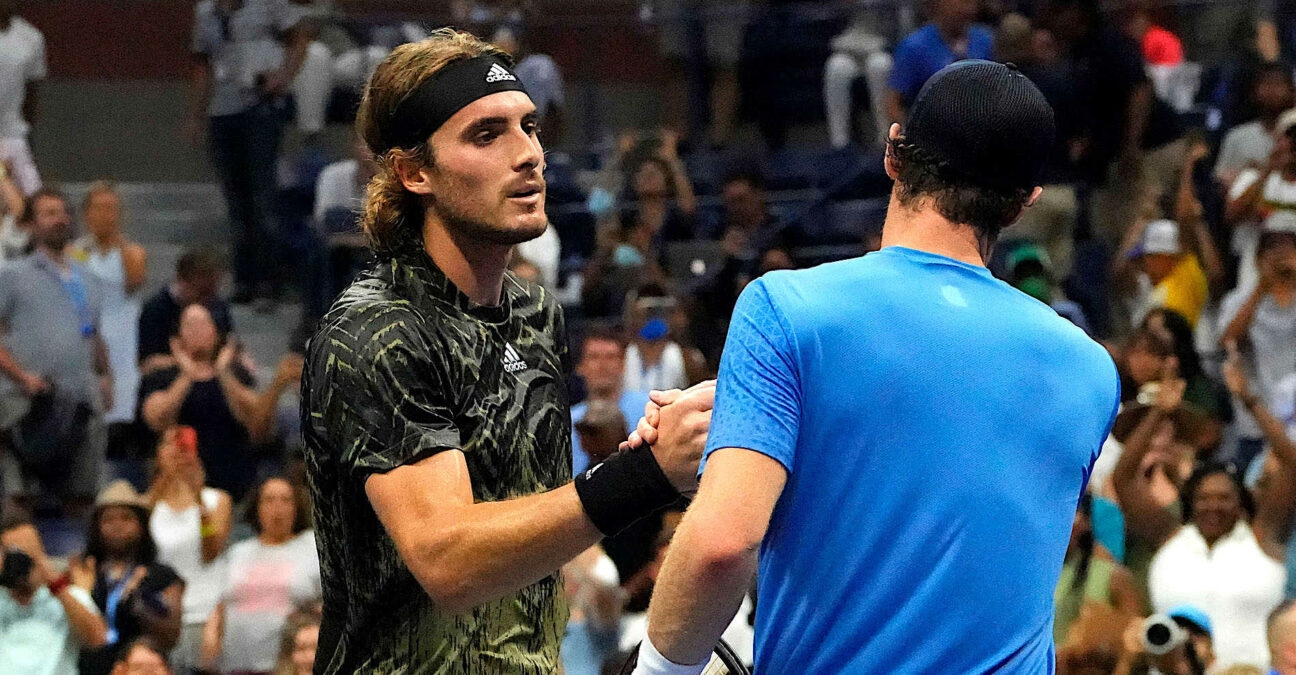 From the moment the draw was made for this year’s US Open, this match always looked like being a blockbuster and so it proved as Stefanos Tsitsipas withstood a brilliant challenge from former world No 1 Andy Murray in the first round at the US Open on Monday.

Former world No 1 Murray played probably his best match since he had a metal hip inserted in 2019 but third seed Tsitsipas dug deep to finally claim a 2-6, 7-6(6), 3-6, 6-3, 6-4 victory after four hours, 49 minutes of the most pulsating tennis, in draining humidity.

The match had everything. The champion in 2012, Murray had the New York crowd on his side as he rolled back the years, playing way above his ranking of 114. The 34-year-old Scot sweat right through his shoes and somehow had not packed a replacement, while he was also angry at how long Tsitsipas took for a bathroom break at the end of the fourth set. 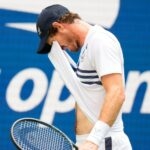 But it was the tennis, especially from Murray, that had the crowd enthralled from start to finish and if he had taken one of his two set points in the second set, he may well have gone on to clinch victory in straight sets.

As it was, it was Tsitsipas, the runner-up at Roland-Garros in June and a genuine contender for his first Grand Slam title, who came through to live another day, while Murray will wonder what might have been but leave New York perhaps with renewed belief that he can play at this level more consistently. 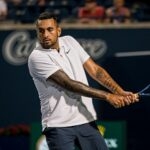 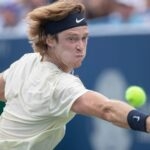 Rublev, Auger-Aliassime advance on humid day one at US Open
tennis majors 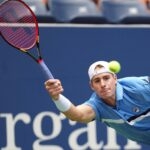 Isner, Humbert among upsets on day one
tennis majors

On the eve of the US Open, Murray had talked about his frustrations with his game, having finally been able to get a run of tournaments and good practice matches but unable to turn it into results.

But in the opening set, Murray took the attack to Tsitsipas, serving huge and thumping his groundstrokes on both sides. At times it was like 2016, the year when Murray became world No 1, his game sharp, his instincts alive and his body responding. An early break set him on his way and with his net game also in good nick, he rushed Tsitsipas ito errors as he took the first set, clenching his fist above his head in a salute to the crowd.

Tsitsipas was having trouble making an impression on the Murray serve but the Greek knuckled down and found the range on his own serve. While Murray did have to save two break points early on, Tsitsipas didn’t drop a point on serve until 4-4 only for Murray to force two break points of his own.

Tsitsipas, though, is made of strong stuff these days and he saved them both with fine serving and aggressive play. Murray, though, looked on a mission and at 6-4 in the tiebreak, he had two points for a two-sets to love lead.

But Tsitsipas saved the first when Murray netted a backhand and then the second with a brilliant smash. The Greek then moved ahead and clinched it 9-7 after a bruising set which lasted 79 minutes.

Toward the end of the tiebreak, Murray slipped over and then began to complain to his team that his shoes were soaked in sweat. Worse still, he had only the one pair of shoes.

Despite telling his team to “message Evo (Dan Evans), Murray, with a new pair of socks, shrugged off the disappointment of the second set to charge ahead 3-0 in the third. Peppering Tsitsipas’ backhand throughout and trying to come forward as often as he could, Murray took the set to restore his advantage.

Tsitsipas hits back in the fourth set

Things didn’t look too good for Tsitsipas when he had treatment on his left foot at the start of the fourth set but it didn’t seem to affect him as he grabbed an early break and stormed ahead 5-0.

Murray dug deep to get it back to 5-3 but Tsitsipas closed it out to force a decider.

Tsitsipas left the court at the end of the fourth set for a bathroom break and Murray was angry at how long it took the Greek to return. “I’ve never taken that long to go to the bathroom in my life,” Murray told referee Gerry Armstrong, sitting courtside. Tsitsipas kept his nerve, though, breaking for 2-1 as he finally began to look like the man who reached the final at Roland-Garros earlier in the summer.

Still Murray fought hard. He had a break point at 2-1 but couldn’t take it. He had 0-30 on the Tsitsipas serve at 3-2 but again the door was shut in his face. His last chance came at 5-4 but Tsitsipas played a brilliant final service game, clinching a hard-earned victory, setting up a clash with Adrian Mannarino of France.

DAY 1 OVERVIEW AT THE US OPEN (men’s singles)