The present and future of British tennis – The Volley Podcast #6 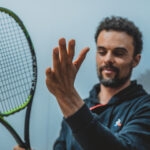 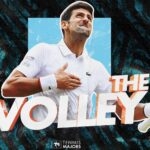 The GOAT, The Big Three, The 20 Slams summit – The Volley Podcast #7
The figures

Every year when Wimbledon comes around, the spotlight is focused on British tennis. While the Lawn Tennis Association (LTA) has often been criticized for the lack of consistent British players who are able to make it to the top of the game, the success of 18-year-old Emma Raducanu has brightened things up for British tennis fans.

The 18-year-old became the youngest Brit to reach the fourth round at Wimbledon in the Open era and Cambers was certainly impressed by the youngster’s game.

Raducanu looks like she is the real deal. It has been huge for British tennis.

“First of all, how good an athlete is. She looks like a really really good athlete and that is the basics for a good career these days. It’s not only that though. It was also her ability to stay clam under pressure. She played the big points really really well. She got the crowd involved. She played with a massive smile on her face. Raducanu looks like she is the real deal. It has been huge for British tennis. We are reaching a time when Andy Murray is close to the end of his career. No one is showing signs of winning big titles. It is very exciting for British tennis.”

British tennis cannot be spoken bout or assessed without talking about Andy Murray. The former world No. 1 and three-time Grand Slam winner reached the third round at Wimbledon, losing to eventual semi-finalist Denis Shapovalov, and later admitted in his press conference that he would have to think about his future in the sport if he is not able to compete at the level he is accustomed to.

“Andy Murray has done incredibly well to come back. But he is such a perfectionist that he wasn’t happy with the way he played against Shapovalov. When you look back at what he was during his peak, his movement was so phenomenal that he is never going to get that back. Probably not. So he knows that. That makes it difficult for him. I thought he competed really well, considering he barely played any matches. He showed plenty of calmness and strength under pressure. There is no shame in losing to someone like Denis. He improved a lot from Queen’s as well.”

Listen to the whole Simon Cambers analysis in our podcast.