In episode #26 of Eye of the Coach, Patrick Mouratoglou talks about the case for Simona Halep to win the Roland-Garros plus her improvement. 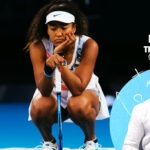 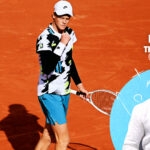 Simona Halep has been on a roll lately. After skipping the US Open due to COVID-19 concerns, she has remained unbeaten through Prague, Rome, and now Roland-Garros.

This led to Patrick Mouratoglou viewing her as the odds-on favourite to win the tournament in the latest edition of Eye of the Coach, where Mouratoglou also looked at her breakthrough after winner her maiden slam in Paris back in 2018.

Apart from being a leading player and perhaps the absence of Naomi Osaka, one thing Halep has a grip over other players is her ability on clay.

“I think on clay courts, she’s one of the best in the world — if not the best player in the world,” Mouratoglou said. “If you look at her game, she has all the weapons that are necessary on clay.”

Mouratoglou also thinks that she has a good balance of game on clay, with her being comfortable and durable enough in moving around for long rallies and playing the correct and safe shots, while also making the right decisions to dictate the play at the right moment to prevent playing too defensively. Her weaker serve is also minimized in these conditions.

Halep also shown serious improvement in her mental edge as well. She finally won a Grand Slam in 2018, and then transformed into a more confident player that could tough out a match while letting less of her anger and frustration show.

“I would say we had a Simona Halep in the past, and we have the new Simona Halep, the one who is a Grand Slam winner,” Moratoglou explained. “The big difference is not so much in her game, but more first her confidence because she’s won Grand Slams now. She knows she can, she believes in herself, and that makes a huge difference.