Ashleigh Barty battled past Karolina Pliskova in three seesaw sets to claim her maiden Wimbledon title. The world No 1 becomes the first Aussie woman to lift the Venus Rosewater Dish since her mentor Evonne Goolagong in 1980. 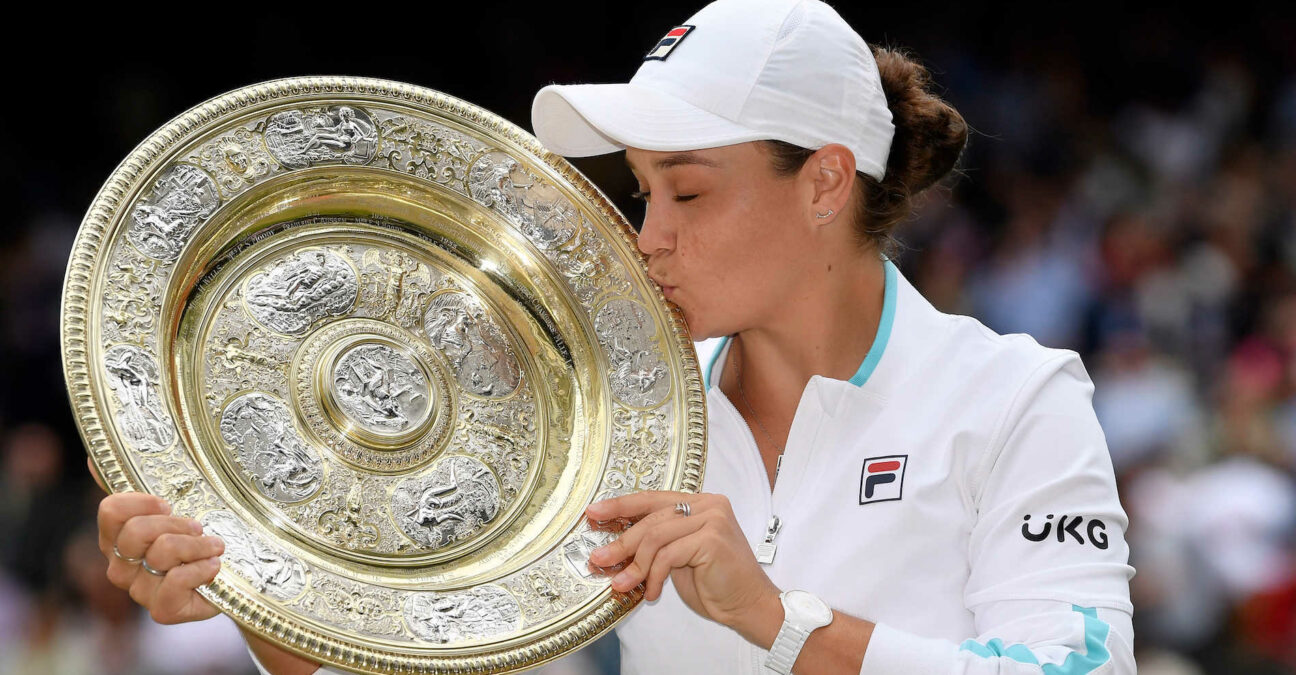 Ashleigh Barty broke down in tears when she finally reconnected with her team after parading around Centre Court and up to the balcony with the Venus Rosewater Dish in her arms. The 2021 Wimbledon Ladies’ Singles champion couldn’t help letting go of her emotions after culminating a summer-long quest with a perfect commemoration of the golden anniversary of Evonne Goolagong’s maiden Wimbledon title, won in 1971.

Barty has made more than Goolagong proud. Aussies, indigenous Aussies, grass-court purists and so many tennis fans who have taken to the down-to-earth personality and nuanced game that the Aussie has brought to the WTA Tour are also beaming.

With her second Grand Slam title top-seeded Barty becomes the first Aussie to claim the Wimbledon Ladies’ Singles title since Goolagong won her second title in 1980, and she is the fourth woman – along with Ann Jones, Martina Hingis and Amelie Mauresmo – to lift the Venus Rosewater Dish after claiming the Girls’ title.

Barty is an inspiration in myriad ways, and watching her navigate her way past Pliskova in a stressful tug-of-war final that morphed from a lopsided encounter into Wimbledon’s first three-set Ladies’ Singles final since 2012, it’s easy to see why she is the preeminent force in Women’s tennis at the moment. Now a two-time major winner, and the WTA’s No 1-ranked player for the last 77 weeks, Barty can take pleasure in the achievement of a lifelong dream. 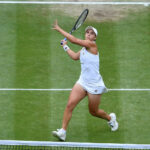 Ten years after claiming the Wimbledon Girls’ Singles title as a 15-year-old, she’s cast herself among the game’s greats as a Wimbledon champion.

“It took me a long time to verbalize the fact that I wanted to dare to dream and say I wanted to win this incredible tournament,” she said on court after claiming the title. “Being able to live out my dream right now, with everyone here, this has made it better than I ever could have imagined.”

A rip-roaring start for Barty

The Aussie, who entered the match with a 4-2 lifetime record against Pliskova with victories in their last three meetings, started out on fire. She reeled off the first 14 points of the contest on the way to a 4-0 lead, and in the process set a record for the most consecutive points won in a Wimbledon Ladies’ Singles final, which was previously set by Serena Williams in the 2015 final, when the American reeled off 12 straight against Garbine Muguruza in the second set.

Entering the final, Pliskova had put up the best service numbers of any woman at Wimbledon. The Czech had been broken just four times in six matches and was holding serve in 93 percent of her service games. But she struggled mightily out of the gates on serve, winning just 8 of 20 service points and surrendering three breaks on four opportunities. 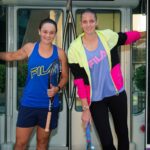 Read also
Barty vs Pliskova: head-to-head, stats, all you need to know before the Wimbledon ladies final
Tennis Majors

Over 40 percent of Pliskova’s serves had been unreturnable through her first six matches, but in the opening set against Barty only two of her 19 serves were not returned in play.

Barty twice led by a break in set two, as she threatened to win by landslide, but she could not protect the lead as an energized Pliskova worked her way back from the brink. Barty was broken at love by Pliskova in the sixth game for 3-3, and later in the set Barty was broken when serving for the championship at 6-5.

Pliskova reeled off six of the first eight points in the ensuing tiebreak. Barty saved a pair of set points, but the Aussie couldn’t overcome her nerves and double-faulted to hand Pliskova the set.

Restoring order, and coming away with the title

Barty improves to 14-2 in three-setters in 2021 with her victory, and if she struggled with nerves to close out the contest in the second set, she was much more serene in the decider as she held serve all five times she stepped to the service stripe, built a 3-0 lead and refused to let it slip.

It wasn’t for lack of want that Pliskova couldn’t get over the line – it was Barty’s supreme mobility and the way she defended the court. Whenever Barty had the chance to stretch a rally past eight shots, she dominated the baseline, winning 22 of 31 such points, and those points made up the difference in the match.

And then there is Barty’s marvelous serve, and her ability to hit locations and keep her opponents guessing. She calmly saved a break point at 30-40 in the final game then rattled an ace, her seventh of the final, that kissed the chalk to set up championship point.

Moments later when a Pliskova backhand hit the net, Barty sank to a squat and covered her face with her hands. She doesn’t cry in public often, but there was no stopping those tears of joy.