Home > Wimbledon > From touch-and-go to touch of magic: How Ashleigh Barty overcame injury to meet her destiny at Wimbledon

From touch-and-go to touch of magic: How Ashleigh Barty overcame injury to meet her destiny at Wimbledon

Ash Barty’s odyssey has been fraught with peril in 2021, but she’s emerged from an injury cloud to take her place as the first Australian Wimbledon Ladies’ Singles champion since 1980. 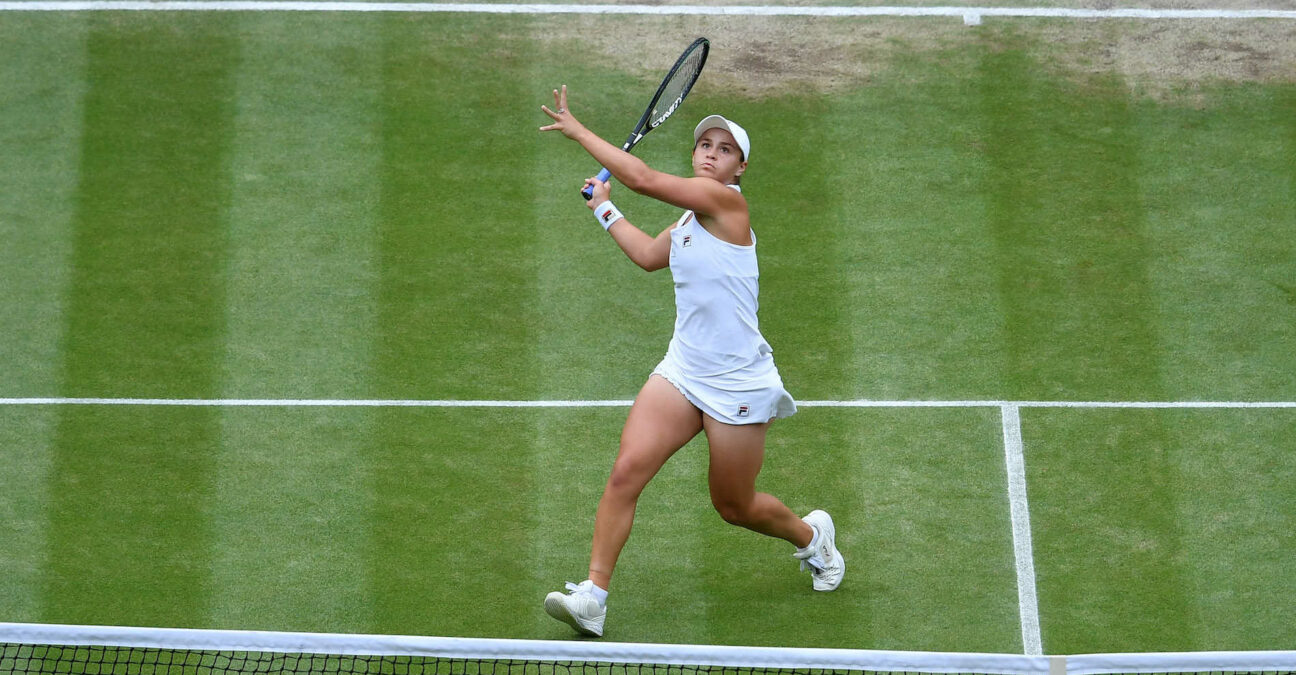 Ashleigh Barty made it look easy during her run to the title at Wimbledon. From the spot serving under pressure to the ground-hugging slice to her menacing forehand, the Aussie had it all flowing in her direction as she notched the biggest title of her career and carved her name into Wimbledon’s record books, 50 years after her mentor and idol Evonne Goolagong first won the title at SW19.

But looks can be deceiving. Peel back the layers of the onion to find an epic struggle, carried out by Barty and her team, when an injury threatened to sabotage her summer. Barty, who left her Australian homeland in March with no plans to return until the end of the season, had already been forced to abandon her title defense at Roland-Garros due to a left hip injury when the race against the clock began prior to Wimbledon.

As Barty retired from her second-round match at Roland-Garros, the clock was already ticking on her Wimbledon dreams. She would need to recover perfectly to even take the court at SW19 – let alone go on an imperious run to the final.

“I think we had 23 or 24 days in between finishing up in Paris and my first round here,” Barty recalled on Thursday after defeating Kerber, 6-3, 7-6(3) in the semi-finals. “To be honest, it was going to be touch-and-go. Everything had to be spot on to give myself a chance to play pain-free and to play knowing that I could trust my body.” 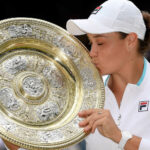 Barty, who defeated No 8 seed Karolina Pliskova in Saturday’s final, never misses a chances to praise her team. She’s the only player on tour that constantly refers to herself as “we” – concrete proof that she believes her tennis is a collective, the product of every contribution that every member of her team makes. On Thursday, before the final, she admitted that she wouldn’t be preparing for her first Wimbledon final without them.

“I’ve said time and time again, I’m extremely fortunate to have my team around me,” Barty said. “They’re the best in the business. They’ve given me this opportunity to come out here and to play. I’m pretty excited that I could repay them the favor in a way of giving us an opportunity as a collective, as a whole, to do something pretty special this week.”

Barty: to be able to play Wimbledon was “nothing short of a miracle”

After Saturday’s final Barty revealed just how close the team had come to not being able to make the cut at Wimbledon. She said her team didn’t even tell her how slim the odds of her making it to full health before the Championships were, in order to keep her positive as she worked to rehab her hip injury.

Barty says that it took a bit of divine intervention for her to make the main draw.

Barty’s coach, Craig Tyzzer, spoke to media about the treacherous journey from Roland-Garros retirement to Wimbledon final on Friday. He said the team really didn’t know what to expect at the start of the Championships, but Barty was able to find her footing and ease her way into the tournament.

“Look, it was a bit of a freakish thing that happened and put her out,” he said. “It’s been really different here. We weren’t able to do a lot of court time in the buildup coming in on court. Did a lot of rehab and a lot of building her strength back up. So it’s been a different preparation.

“It started a bit scratchy. Felt she played well in the first match. Didn’t play so great in the second match. Played better in the third. It sort of got better each time.”

Tyzzer said he felt that the team had put Barty in excellent position to win in Paris, but when the plan fell apart and the injury cloud darkened, he wasn’t sure what would happen next.

We’ve had a bit of an unknown at the start of the tournament, not knowing how her body would hold up after all the rehab and all the work

“I felt like the French was going to be a blinder for her and it ended up not working out at all,” he said. “We didn’t know what to expect coming in here. It’s been an amazing journey so far.”

Tyzzer says there was uncertainty in the lead-up to Wimbledon – and also during the first week. He hoped that Barty could work her way through a few rounds and stay out of harm’s way, but wasn’t necessarily confident.

“We’ve had a bit of an unknown at the start of the tournament, not knowing how her body would hold up after all the rehab and all the work,” he said. “It was sort of, ‘Okay, if she can get through a couple of these first couple of rounds, then we might be in the right place.'”

Managing Barty’s health during the fortnight, rather than getting her more reps on the grass, became priority.

“She didn’t play doubles here,” Tyzzer said. “It was managing those days off. We actually had in the early rounds where she was having a day off, we took a complete day off and didn’t play, didn’t come in to the courts. It was trying to make sure she was fresh enough and her body was good enough to be able to play each match. It’s got better and better each time she played. She’s sort of hitting the tournament at the right time.”

Though Barty had come across only limited success in her previous four Wimbledon appearances, the Aussie clearly excels on grass, thanks to the unique tools she possesses, and her personal affinity for the surface. Even though she entered Wimbledon cold, and under an injury cloud, she was able to use her feel for the surface to navigate through the early rounds.

Nothing ever surprises me with Ash.

Her success did not surprise Tyzzer.

“Nothing ever surprises me with Ash,” he said. “She’s an incredible athlete. Her ability to do things on the court is – it’s just, I think, all the players here on grass, it’s such a different surface. We don’t play on it for very long. Especially Ash, this is her one grass tournament for the year.”

“To be able to come out and play, it’s a really different surface, it’s different than other grass, too, other tournaments you play. To see the quality of what she’s able to bring, what she’s able to play on a big stage, and like I said, I thought yesterday’s effort [against Kerber], when things got really tough, she stood up well. I think that was just a testament to her ability to cope with those things.”

Barty on grass: Adaptation and appreciation

Barty says being able to read and react to the surface and how it plays on any given day has been the key to her success this fortnight. She says she has learned from the challenges of the past, and cited her Wimbledon experiences of 2018 (3rd round) and 2019 (round of 16) as particularly informative.

“It’s growth, it’s experience, it’s a bit of everything,” she said. “You also need a little bit of luck without a doubt. You need to be fit and healthy. I think probably the biggest thing on these courts is you need to have adaptability. The courts change dramatically from the start of the event to the end of the event. Learning how to play and adjust the way you’re playing as the grass changes is an important part. It gets quicker, it gets harder. I think being able to understand the differences in how the courts play as you move through is important.”

Another key? Relishing in the moment, and appreciating the opportunity. It’s a big part of the Barty game plan. She’s a woman that appreciates the long road and all the bumps along the way.

“It’s also about keeping it simple. Just going out there and enjoying the opportunity,” she said. “I think it’s all about the moment, it’s all about taking it in, it’s about enjoying it. There are obviously so many things that I do, and kind of I work so hard behind the scenes with my team to try to put myself in these moments, but it’s also really important to enjoy the moments.” 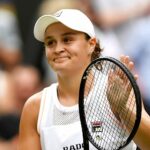