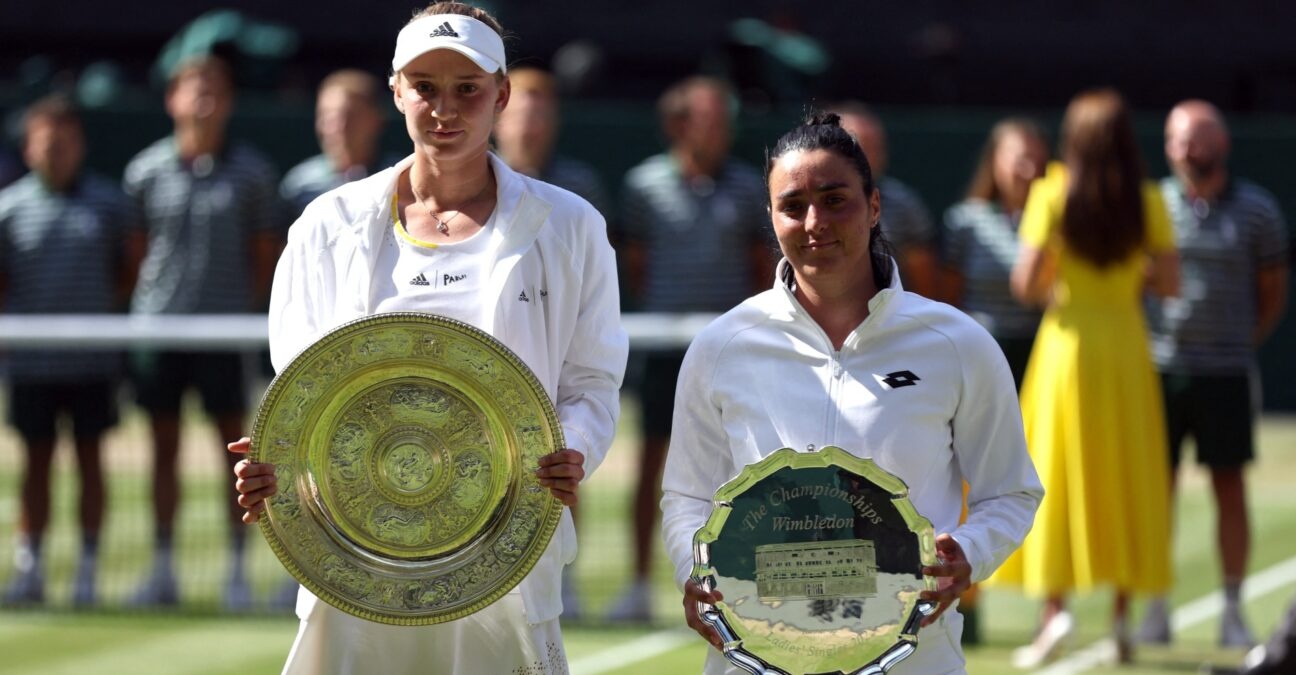 The apparent desperation from some onlookers for Elena Rybakina to break down in tears after winning Wimbledon was rather unedifying. Anyone who had watched the 23-year-old on tour would know that’s simply not her way.

And that includes her beaten opponent Ons Jabeur, who brushed off any suggestion that it was tough to face someone so unreadable.

“I think she does react little bit – just you have to see it sometimes,” she said in her post-tournament press conference. “I’m usually someone that doesn’t focus on my opponent. It could be disturbing if the other person is talking or shouting all the time.

“But it’s nice to play Elena, to be honest with you. Even when you lose against her, she didn’t do any big celebration or anything,” and then added wryly: “I need to teach her how to celebrate really good!” to much laughter in the room.

“But she is the player that she is. Maybe that suits her. It’s very comforting for her. It’s working, so maybe she needs to do that.”

Jabeur – If you give Rybakina space, she does very well

Jabeur also reflected on Rybakina’s style of play, saying: “When I played her, like, before, it was never easy to win against her. I know she hits a lot of winners. It’s very frustrating because sometimes you have a lot of opportunities, but you give her a little bit of space, she does very well.

“I think she’s one of the best from the young generation. I don’t know how old she is, but she’s really young, I think. She really plays good.”

And Jabeur pointed out there was no need for Rybakina to go over the top with demonstrations of elation, or to shout and scream on the court.

“I think her game speaks for her. She’s doing an amazing job, and I hope to really see her rising more.”

Rybakina, for her part, had praise for Jabeur as well – and went into more detail about the first time they met, at one of her very first tournaments.

“I was there with my dad and I didn’t even know where is the tennis club, nothing,” she recalled. “And I met her. She was super nice to me. She showed [us] everything. That time I think she was — I was out of [the top] 200, but she was also not so high in the ranking. It was very nice.

“Then to see how much she achieved also, I saw the list, history she made, just respect to her and her team. It’s a great job.” 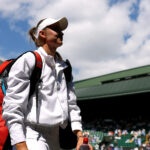 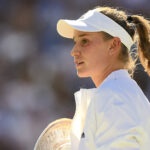 Next stop for Elena Rybakina: world No 1
tennis majors 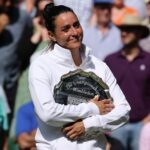 ‘I’ve even said to myself I love you’ : Jabeur leaves Wimbledon with no regrets and is already looking ahead
tennis majors
Share this story
Facebook Twitter Linkedin Whatsapp Email