Every day, Tennis Majors takes you back in time to relive a tennis event which happened on this specific day. On this day in 2006, Amélie Mauresmo won her second Grand Slam title, beating Justine Henin in the Wimbledon final 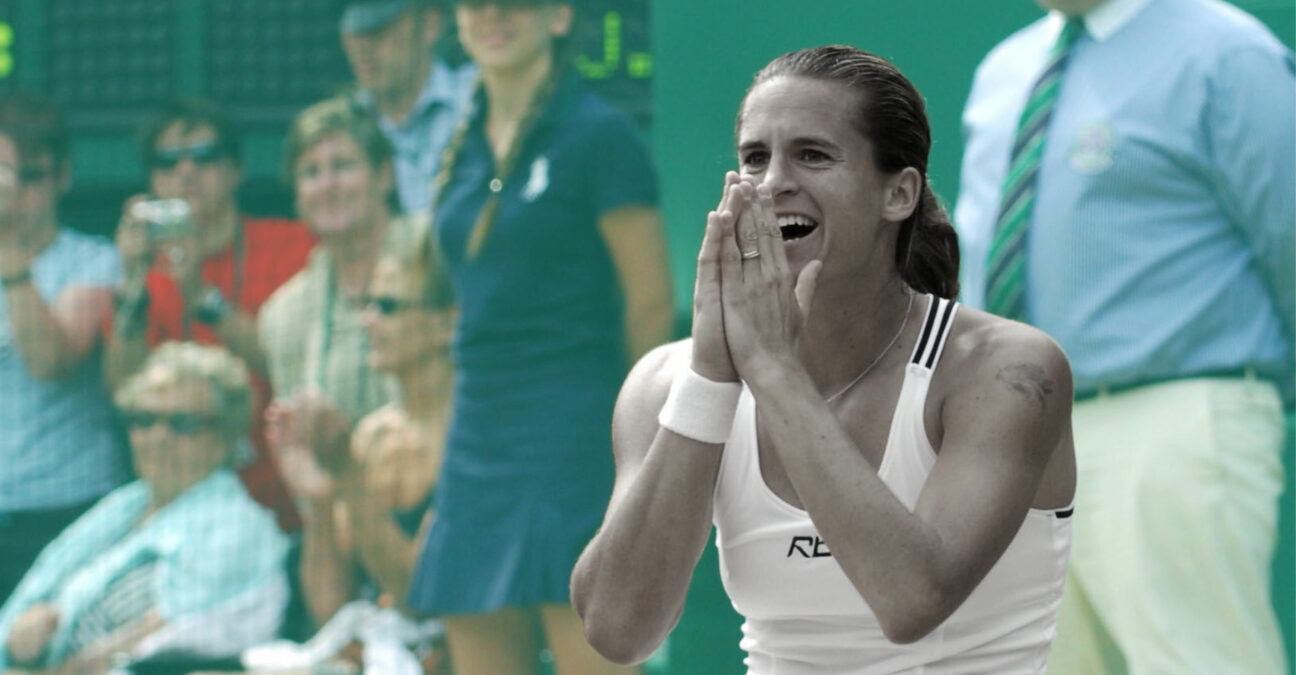 On this day, July 8, in 2006, Amelie Mauresmo became the first French player to triumph at Wimbledon since Suzanne Lenglen, in 1925. In the final round, she defeated Justine Henin (2-6, 6-3, 6-4) in a spectacular clash of one-handed backhands. Mauresmo, who had reclaimed the world No 1 spot after claiming her first Grand Slam title in Melbourne, confirmed her hold on the tour in 2006, while depriving Henin of the only major title she had yet to win.

Amelie Mauresmo was born in 1979. She made herself famous in 1999, when, ranked No 29 in the world, she reached the Australian Open final, defeating world No 1 Lindsay Davenport in the semi-final (4-6, 7-5, 7-5) before losing to Martina Hingis (6-2, 6-3). That year, she also entered the top 10 for the first time and claimed her first title in Bratislava. She confirmed her potential in 2001, winning four trophies on the tour and going as far as the quarter-finals at the US Open (lost to Jennifer Capriati, 6-3, 6-4).

Between the start of 2002 and the end of 2005, displaying an aggressive game based on a good serve and a solid one-handed backhand, Mauresmo claimed 12 titles (including six ‘Tier Is’, the most important events on the WTA tour outside of the Majors and the WTA Championships), and she reached three Grand Slam semi-finals, as well as nine quarter-finals, but never reached a major final. Her lack of success at the Grand Slam events saw her being criticized for her alleged mental weakness and her becoming world No 1 in September 2004 quite controversial.

At the end of 2005, Mauresmo eventually triumphed in a major event, claiming the WTA Championships against fellow Frenchwoman Mary Pierce (5-7, 7-6, 6-4). In 2006, she eventually won a Grand Slam title at the Australian Open, defeating Henin, who quit when she was down 6-1, 2-0. On March 20, she became world No 1 for the second time. After a disappointing loss in the fourth round at Roland-Garros, Mauresmo had to perform well at Wimbledon to silence the critics who said that she got lucky in Australia and that she did not deserve to be ranked No 1 in the world.

Justine Henin, born in 1982, had been one of the dominant players on the women’s tour since 2003. After a few years of performing well without ever winning a major event, she hired Pat Etcheberry as a fitness coach at the end of 2002. The hard work she put in paid off the following year, when she prevailed at Roland-Garros as well as the US Open, each time defeating her countrywoman and rival Kim Clijsters in straight sets. Her game, based on variety, not only amazed tennis fans, especially her wonderful one-handed backhand, a very uncommon feature in modern women’s tennis – but also made her the best clay-court player of her time. She had claimed three titles at Roland-Garros, in 2003, 2005 and 2006.

World No 1 for the first time on October 20, 2003, Henin had held that spot for a total of 45 weeks already. Outside of the French Open, she had also won the US Open crown in 2003 and triumphed at the Australian Open in 2004, claiming a total of five Major titles. Despite having reached the final in 2001 (defeated by Venus Williams, 6-1, 3-6, 6-0), and the semi-finals twice, Wimbledon remained the only Grand Slam title missing from her resume. She had also won a singles gold medal at the 2004 Athens Olympics, and she had won the 2001 Fed Cup under the Belgian flag, keeping her rivalry with Kim Clijsters aside.

The facts: Mauresmo comes from a set down to win in three sets

The 2006 Wimbledon final was a repeat of the Australian Open final between Mauresmo and Henin. In Melbourne, Henin, feeling sick, quit when Mauresmo was up 6-1, 2-0, depriving her opponent from the satisfaction of winning her long-awaited first Grand Slam title on an actual match point.

In London, Mauresmo had made her way to the final with less pressure than usual from the French press, whose attention was drawn to the national soccer team reaching the World Cup final.

This time, the Belgian was not hampered by illness. She had just claimed the French Open title without dropping a single set, and at the All England Club, she had still not lost a set while racing through her first six matches. She broke the world No.1’s serve in the opening game and quickly took the first set 6-2. It looked like Mauresmo’s nerves were going to get the better of her again, but she fought back brilliantly in the second set. Playing very aggressively, the Frenchwoman, who had already reversed an unfavourable scenario in her semi-final against Maria Sharapova (6-3, 3-6, 6-2), sealed the set 6-3 to even the match and push Henin to a third set.

In the final set, Mauresmo confidently took an early lead and managed to hold on to it until the end, not concealing a single break point until the end of the match. At 5-4, 30-30, Mauresmo hit a beautiful backhand volley to obtain a championship point. A few seconds later, at 40-30, Henin netted a last forehand. This time, Mauresmo could kneel on the grass and enjoy the experience of winning a Grand Slam title in the way it is supposed to be won.

“I hope people will stop talking about my nerves now”, said the new Wimbledon champion during the trophy ceremony.

What next? Mauresmo and Henin’s careers hampered by injuries in the future

Mauresmo would remain on top of the WTA rankings until November 12, when Henin would reclaim the throne. From 2007, the Frenchwoman would slowly decline, hampered by numerous injuries. She would leave the top 10 in 2007 and she would claim only two more titles on the tour before retiring at the end of 2009.

Henin would never triumph at Wimbledon. In 2006, after losing to Sharapova (6-4, 6-4) in the US Open final, she would finish the year by winning the WTA Championships against Mauresmo (6-4, 6-3). In 2007, she would skip the Australian Open, but would then win 10 out of 14 tournaments she played, including Roland-Garros, the US Open and the WTA Championships. That year, she would also become the first woman in WTA history to earn more than $5 million in prize money. In 2008, Justine Henin would stun the tennis world by announcing her retirement at the young age of 25.

On September 22, 2009, Henin would confirm her comeback to the tour in 2010. Unfortunately, she would fall and injure her elbow at Wimbledon, while facing Clijsters. which would force her to put an early end to her 2010 season. She would never recover from this injury. She would retire once and for all after the 2011 Australian Open, where she would lose in the third round against Svetlana Kuznetsova (6-4, 7-6). Henin ended her career with seven Grand Slam titles and 117 weeks as world No 1.