Wimbledon will announce the seedings for this year’s Championships on Wednesday and for the first time, the men will be listed according to their official world ranking 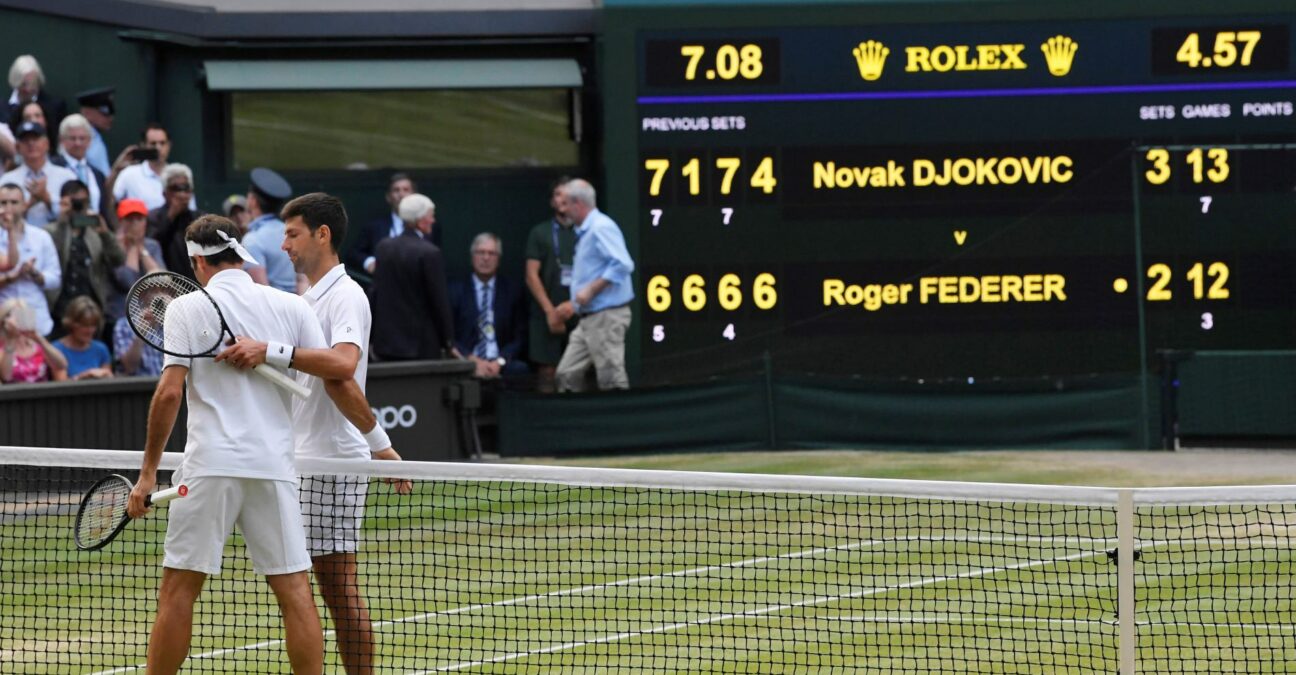 In July 2020, The All England Club made a quiet, but important announcement. From 2021, Wimbledon would use the ATP rankings to decide the men’s seedings at the Championships.

“Given the quality of competition, entertainment and modern grass courts, following detailed discussion with the player groups, the AELTC has decided that the grass court seeding formula used since 2002 has served its time,” the club said in 2020. “From The Championships 2021, seeding for the Gentlemen’s singles draw will be based solely on ranking. There will be no change to the method of seeding for the Ladies’ singles draw.”

The news was welcomed by players all over the world. Wimbledon had been the only one of the four Grand Slam events to use their own seeding formula to separate the players, a system designed to ensure that the best players on grass were more likely to be separated in the early rounds, at least.

In theory, it was there to show that grass was a very different surface to clay and hard courts, the speedy, low-bouncing, slippery surface requiring expertise that only a few possess. But the homogenisation of court surfaces over time – which began when Wimbledon changed the make-up of its grass in 2002 after criticism the game had become too boring and was dominated by big-servers – has removed that differential.

And critics of the system pointed out the unfairness – in their eyes – that all the work they had done to climb the rankings was being undermined by an “arbitrary” system, which reorganised the seedings based on a player’s performances on grass over the past two years, weighted in favour of the most recent year.

The seeds at Wimbledon have been “based on computer rankings” since 1975, but Wimbledon’s seeding committee always had the right to change things around, moving historically successful grass-court players up the rankings whenever they felt like it.

And famously in 2018, Serena Williams, the seven-time Wimbledon champion, was seeded No 25 despite her ranking of 183, although that was mitigated by the fact the American had only just returned to the Tour after the birth of her first child.

It was in 2000, though, when the seeding issues at Wimbledon really came to a head. Three Spaniards – Alex Corretja, Albert Costa and Juan Carlos Ferrero – who were all ranked in the top 20, all boycotted the Championships in frustration at their likely demotion from high rankings to lower seedings.

“We have decided to send a letter to the ATP to let them know that we disagree with the way they are acting at Wimbledon,” Corretja said at the time. “The ATP requires us to play in Wimbledon but it does not oblige Wimbledon to respect the ATP rankings,” he said.

Wimbledon prides itself on mixing tradition with innovation but usually, it takes a long time to enact change at The All England Club and the Championships. Wimbledon was the last of the four Grand Slams to award equal prize money for men and women, in 2007, and serious change requires a lot of committee time, a lot of deliberation.

But the seedings controversy caused such a stir that Wimbledon made a change to the men’s seeding system in 2002, with the removal of the seeding committee. To make things more transparent, and in a deal with the ATP to avoid more boycotts, Wimbledon introduced the “grass court seeding formula”. A player’s seeding was then based on ranking points, but those points would be added to by a player’s performances on grass over the two previous years; 100 percent of their grass court points in the previous year, and 75 percent of their single best grass-court effort in the year before that.

The transparency was welcomed but the change did not remove the controversy. Even in 2019, the grass court seeding formula elevated Roger Federer (No 3 on the ATP rankings) above Rafael Nadal (No 2), a move which ensured Federer would be in the opposite half to top seed Novak Djokovic. As it happened, Djokovic beat Federer in an epic final, saving two match points, while Nadal went out in the semis (beaten by Federer).

Still room for manoeuvre on the women’s side

So the men’s rankings will be taken directly off the computer this year, but there is still room for manoeuvre on the women’s side for reasons that are not obviously clear.

“As has been the case for many years, the women’s seedings will be taken from the WTA rankings, though the All England Club still has the right to make a change, within the 32 seeds. Seeding for the Ladies’ Singles will be based on world ranking, except where, in the opinion of the Professional Tennis Committee, a change is necessary to produce a balanced draw,” the club says on its website.

The seedings for this year’s Wimbledon – which should be surprise-free – will be announced by on Wednesday morning. Here’s how the top eight should look in the men’s singles and women’s singles.