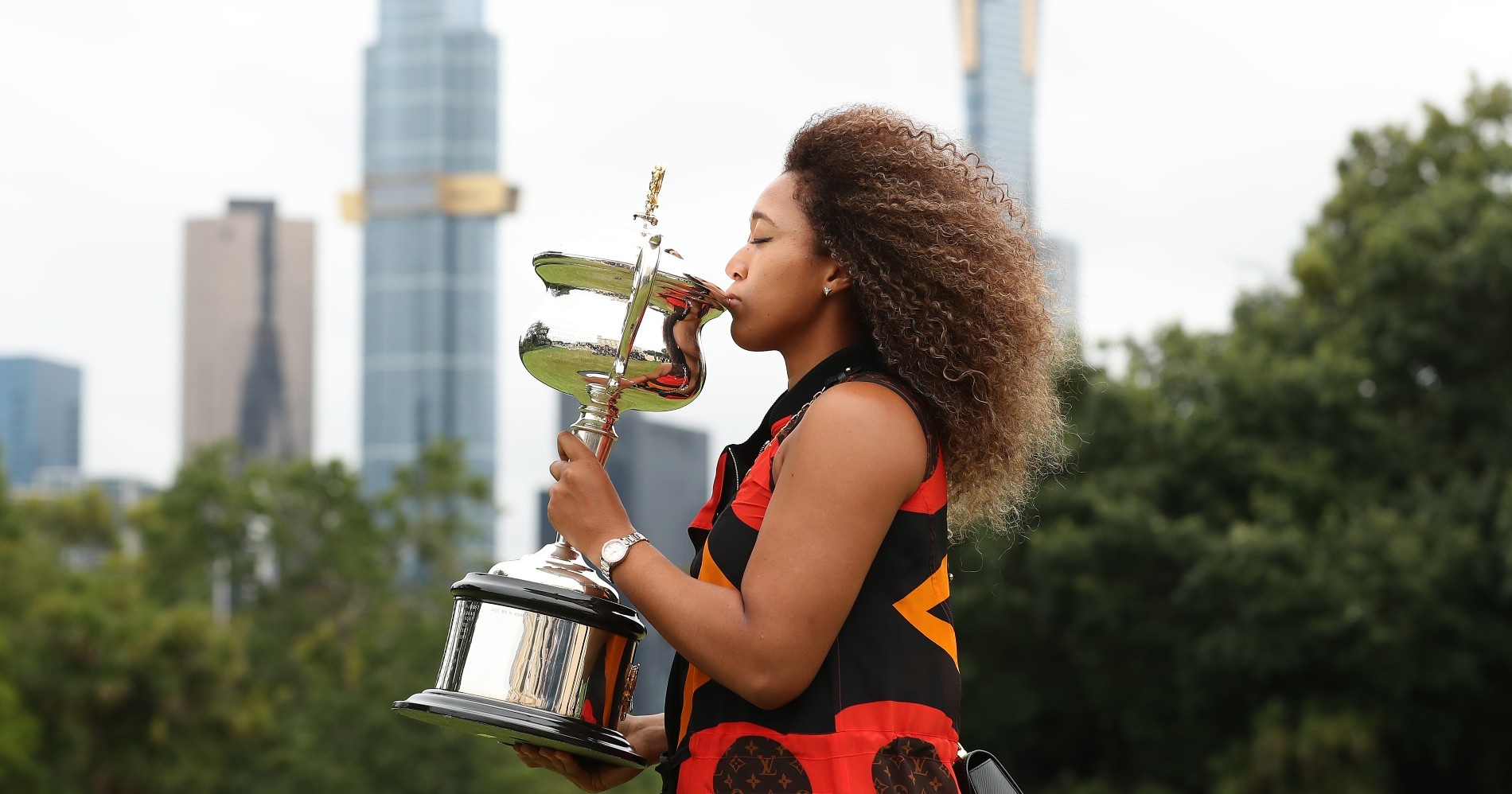 Naomi Osaka may be a two-time Australian Open champion but the relaxed four-time major winner still feels unrecognised when she walks the streets of Melbourne, insisting she is not like Los Angeles Lakers superstar LeBron James.

Osaka became the first woman since Monica Seles in the early 1990s to emerge victorious from the first four Grand Slam finals of her career after outclassing Jennifer Brady 6-4, 6-3 in Saturday’s Australian Open final.

The 23-year-old won in 77 minutes to become the 12th woman in the Open Era to clinch multiple Australian Open titles.

Osaka has now gone 21 matches without defeat – she is only the third woman since 2010 to enjoy an unbeaten streak of 20 or more matches, joining Serena (27 wins between 2014 WTA Finals and 2015 Madrid) and Victoria Azarenka (26 wins between 2012 Sydney and Miami).

Reflecting on her triumph during Sunday’s celebratory photoshoot, the Japanese star told reporters: “I think the quarantine affected me in the way that I had to go within myself a lot.

“You’re sort of in a room by yourself and your forced to face your own thoughts. For me, I think in the end that was a good thing because there were a lot of things that I meditated on and I thought about and I think coming here really helped me because it made me a bit more confident in my thoughts and my opinions.

“I don’t really feel recognised unless it’s moments like this. For me, I just like walking by myself outside. I think in a way that I’m kind of lucky because I’m not like a LeBron James or anything like that, that would get recognised everywhere. I’m pretty chill, like it’s kind of good.”

Osaka is yet to taste success at Wimbledon and the French Open, and she added: “For me, I think that’s the biggest goal right now [win Wimbledon or French Open]. I think everyone knows that I can do well on hardcourt, but for me, I just want to get comfortable on the other surfaces.”