Every day, Tennis Majors looks back at the biggest events in tennis history. On this day, July 20, 1954, Maureen Connolly, one of the most talented players of all time, broke her leg in a horse-riding accident, an injury which ended her career. 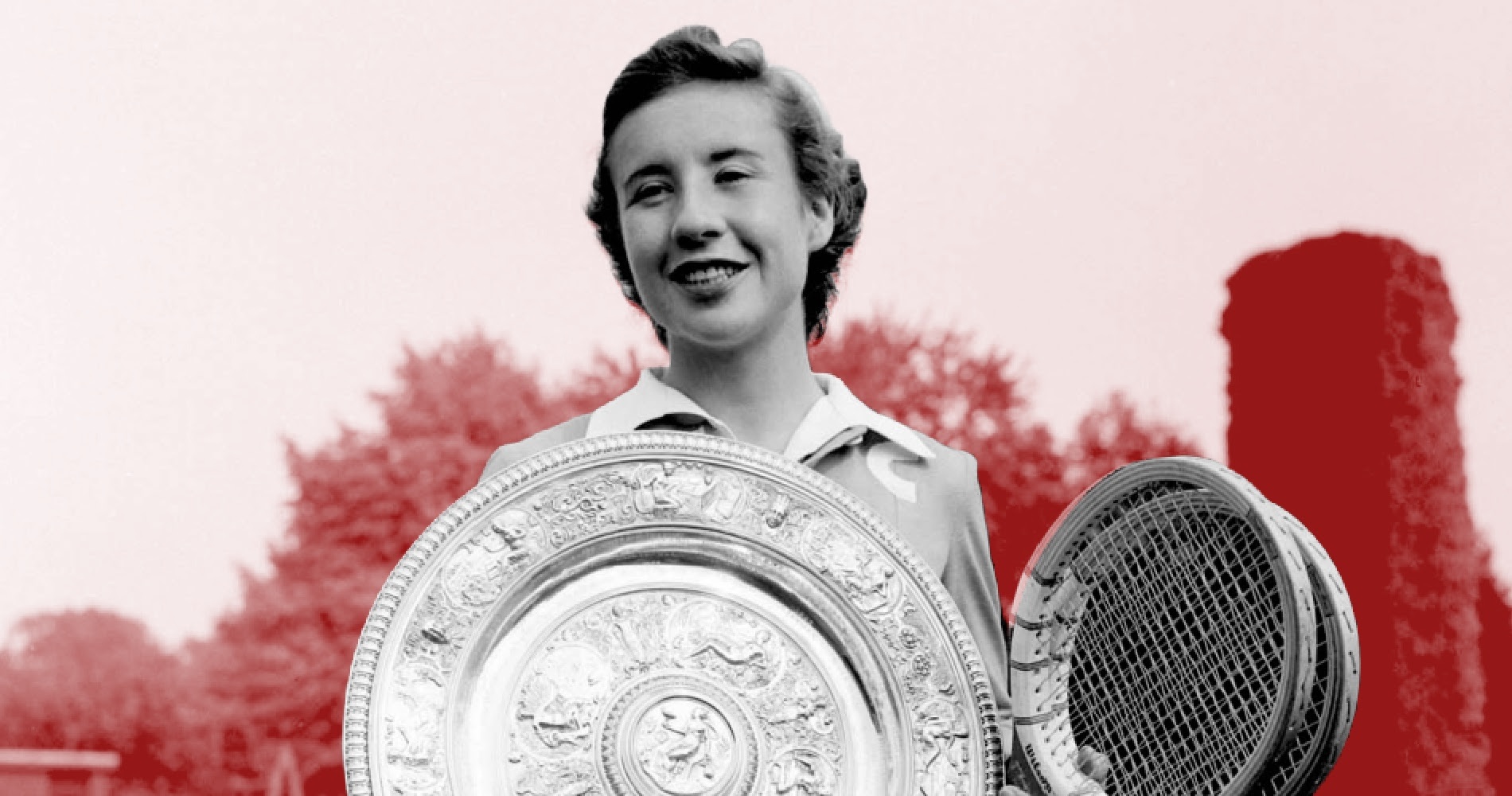 On this day, July 20, 1954, American tennis player Maureen Connolly broke her leg in an accident in which she was hit by a truck while horse riding. This injury put an end to the career of the rising star, which probably impacted tennis history. “Little Mo”, aged just 19 at the time, had already claimed nine Grand Slam titles and had become the first female player to win the four major events in the same season, in 1953; the Grand Slam.

On top of that, since her loss in the second round of the US Championships in 1950, at the age of 15, she had never again been defeated in a Grand Slam tournament again, thus holding a 52-2 record. There is little doubt that, without this tragic accident, Maureen Connolly would have won many more titles and could have become the greatest player of all time.

The facts: “Little Mo” gets her nickname

Maureen Connolly was born in 1934 in San Diego, California. Her first passion was horseback riding, but as her family could not afford the lessons, she took up tennis. Although she started to play left-handed, she was coached to play with her right hand. This change did not prevent her from becoming a great player.

Connolly hit powerful groundstrokes with great accuracy, especially on her backhand side. At the age of 11, she was granted the nickname “Little Mo” by a San Diego sportswriter, in comparison with the firepower of a US Navy ship, the USS Missouri, known as “Big Mo”.

In July 1954, Connolly had just defended her title at the All England Club, and it seemed that no one could prevent her from extending her list of achievements, especially considering that she was only 19 years old. She had not been defeated in a Grand Slam tournament since 1950, achieving a 50-match winning streak, her fierce attitude revealing her ambition.

This was until July 20, 1954. On that fateful day, Connolly jumped on the back of her horse, Colonel Merryboy, which she had been given two years before after her first Wimbledon title, and went on a ride which ended tragically at 1.30pm with a terrible accident.

“We were riding along the road,” Little Mo explained to the San Diego Union. “We stopped our horses as the truck approached. Colonel Merryboy shied and whirled into the truck. My leg was caught between the truck and the horse.”

Connolly was quickly taken to the hospital and operated on by Dr Bruce Kimball, who stated that Little Mo would not be able to play tennis in the following month, but that he didn’t think the injury would actually jeopardise her entire career. He was wrong.

Despite all her efforts – she even attended ballet classes to regain her strength – Little Mo was never able to recover her full capacities. In January 1955, during an exhibition match, she felt a shooting pain in her leg while running to get a drop shot. With great sadness, Connolly announced her retirement from tennis, at the age of 20.

On that day the game of tennis lost one its greatest players of all time, who had already achieved so much at such a young age. As Billie-Jean King would say later, “It was sad she had to retire so early because we don’t know how many more major titles she could have won”. Without that accident, Little Mo would have probably set the most unbreakable records.

What next: Connolly dies at age 34

After her career ended, Connolly, although she could not compete anymore, was still able to play one-set exhibitions. She also became a radio and television commentator. In 1958, she won a settlement against the truck company and was granted the largest ever personal injury award.