Every day Tennis Majors takes you back in time to celebrate a significant moment in tennis history. Today, we go back to 1994, to the day tennis great Vitas Gerulaitis died at the age of 40 from an accidental case of carbon monoxide poisoning 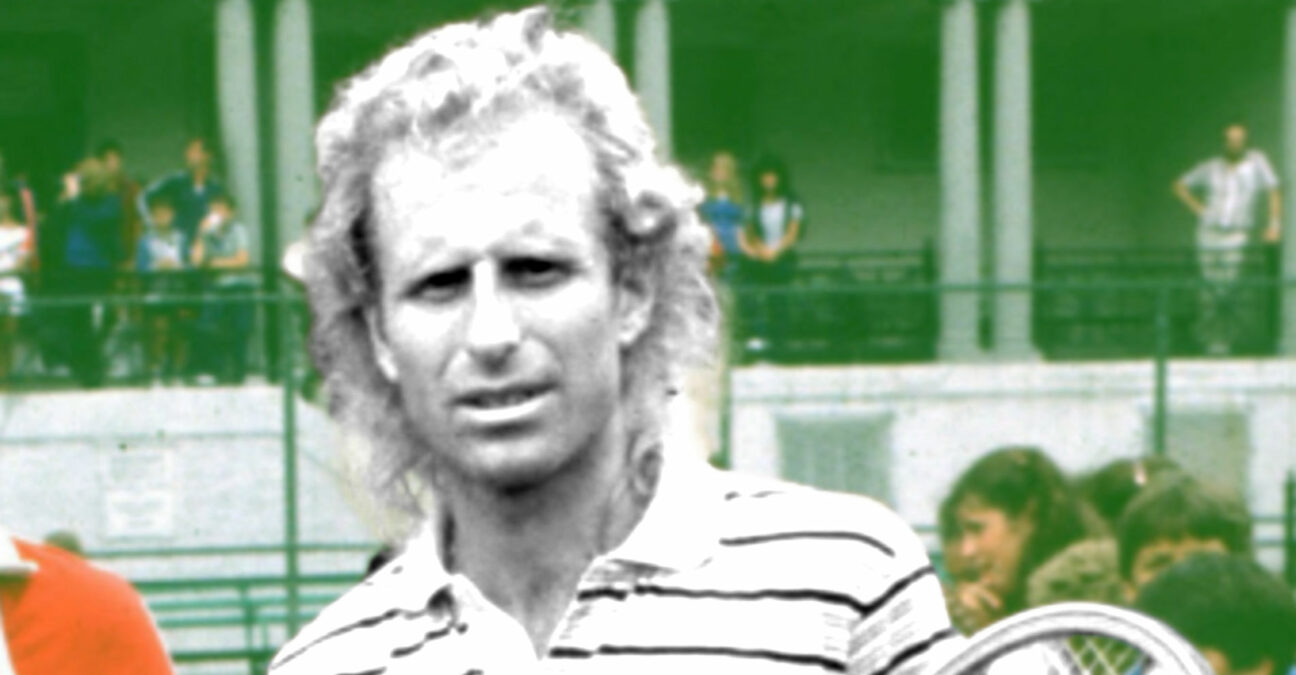 On this day, September 17 in 1994, Vitas Gerulaitis, the 1977 Australian Open champion, died from carbon monoxide poisoning while staying at friend’s place in Long Island. His death shocked the tennis world, as,  according to The Independent, “nobody contributed more to making tennis the coolest sport in town. ‘Broadway Vitas’, the ultimate tennis playboy, dated actresses and models, played in a rock band, partied till the small hour.”

Vitas Gerulaitis was born in 1954 in New York to Lithuanian parents who had fled their country during the war. In fact, his native tongue was Lithuanian and he said he didn’t speak English until he went to kindergarten. His father, who had been a great tennis player, taught Vitas and his sister Ruta (who later reached the Roland-Garros quarter-finals in 1979) to play tennis on Forest Park’s public courts. Gerulaitis attended Columbia College of Columbia University for one year (in 1975), before dropping out of college to dedicate his life to tennis.

Although Gerulaitis was known for partying more than any other professional athlete, his success on-court relied on great work ethic, as sportswriter Steve Flink explained on ATPTour.com.

“He was a natty dresser who loved living in the jet-set. But that was only a part of who he was. He also was a top of the line professional who worked very hard at his craft and competed with a lot of integrity.”

According to Patrick McEnroe, Gerulaitis’s game was far from being as flashy as his nightlife.

“He was just a grinder, he wasn’t a flashy player. But he was tremendously consistent and tremendously quick and very, very fit. Really, if you look at the way he lived his life, he was kind of a partier, and loved to have a great time, so you would think he would have been more of a risk taker in the way he played. But he really wasn’t.”

If Gerulaitis was very friendly and on good terms with most of his rivals, he was nevertheless a fierce competitor. In his late career, Gerulaitis was defaulted twice, each time in Australia, irritated by numerous mistakes from the umpires. His famous quote from the 1980 Masters Cup – “and let that be a lesson to you all: no one beats Vitas Gerulaitis 17 times in a row,” after ending a 16-match losing streak to Jimmy Connors – was more than a simple joke. According to Jose Higueras, it expressed his persistence, and his constant will to win, no matter how strong or famous his opponent was. His good friend Bjorn Borg, however, proved him wrong when he actually defeated him 17 consecutive times.

Vitas Gerulaitis reached world No 3 and competed alongside some of the greatest tennis legends, such as Bjorn Borg, John McEnroe and Jimmy Connors. However, what earned him a special spot in tennis history was also his life outside the courts, where he enjoyed even more success. The New Yorker embraced that reputation. “If I could be as successful on the tennis court as I am off it, I would be No 1,” he said once.

Gerulaitis, driving a yellow Rolls Royce with a personalized plate – VITAS – was a regular figure in New York’s night life, and many of his nights out would end at the famous Studio 54, where he made friends with celebrities such as Mick Jagger or Andy Warhol.  “I went with him to Studio 54 a couple times. There were queues for miles outside, but he would just walk straight in because everybody knew him,” recalled his friend John Lloyd, whom he defeated in the final of the 1977 Australian Open. Lloyd also heard that one year, Vitas “had the third highest American Express bill for an individual in the world”.

After his career, Gerulaitis had a few rough years, facing drug charges and then coming back to a more normal life. He became a television broadcaster, and even had a brief coaching experience with Pete Sampras at the 1994 Italian Open, which the American won. At the time, Gerulaitis had made an effort to get in shape once again, to compete with his old-time friends on the senior tour.

The day before his death, Gerulaitis played a doubles match with Borg, Connors and Lloyd in Seattle. Unfortunately, he pulled a muscle while hitting an overhead and flew back to Southampton. After having participated in a clinic at the Racquet Club of East Hampton in the afternoon, Gerulaitis went to a friend’s guesthouse to rest in preparation for a cocktail party. As he slept, he was poisoned by carbon monoxide leaking from a faulty swimming pool heater.

Gerulaitis’s sudden death left the tennis world in a state of shock. At his funeral, a few days later, the pallbearers were none other than John McEnroe, Bjorn Borg and Jimmy Connors.

“He was like a brother to me. I knew him longer and better than anybody, and I feel like I’ve lost a member of my family,” said his friend and nemesis Borg, according to The New York Times.

In The New York Times report from Gerulaitis’s funeral, the last word was given to Brad Gilbert:

“I guess everyone has their dark side, but I only saw his good side, never saw him mistreat anybody, and no matter if any of the scars from his past show up in his heart, what matters was that he was a guy with a great heart.”