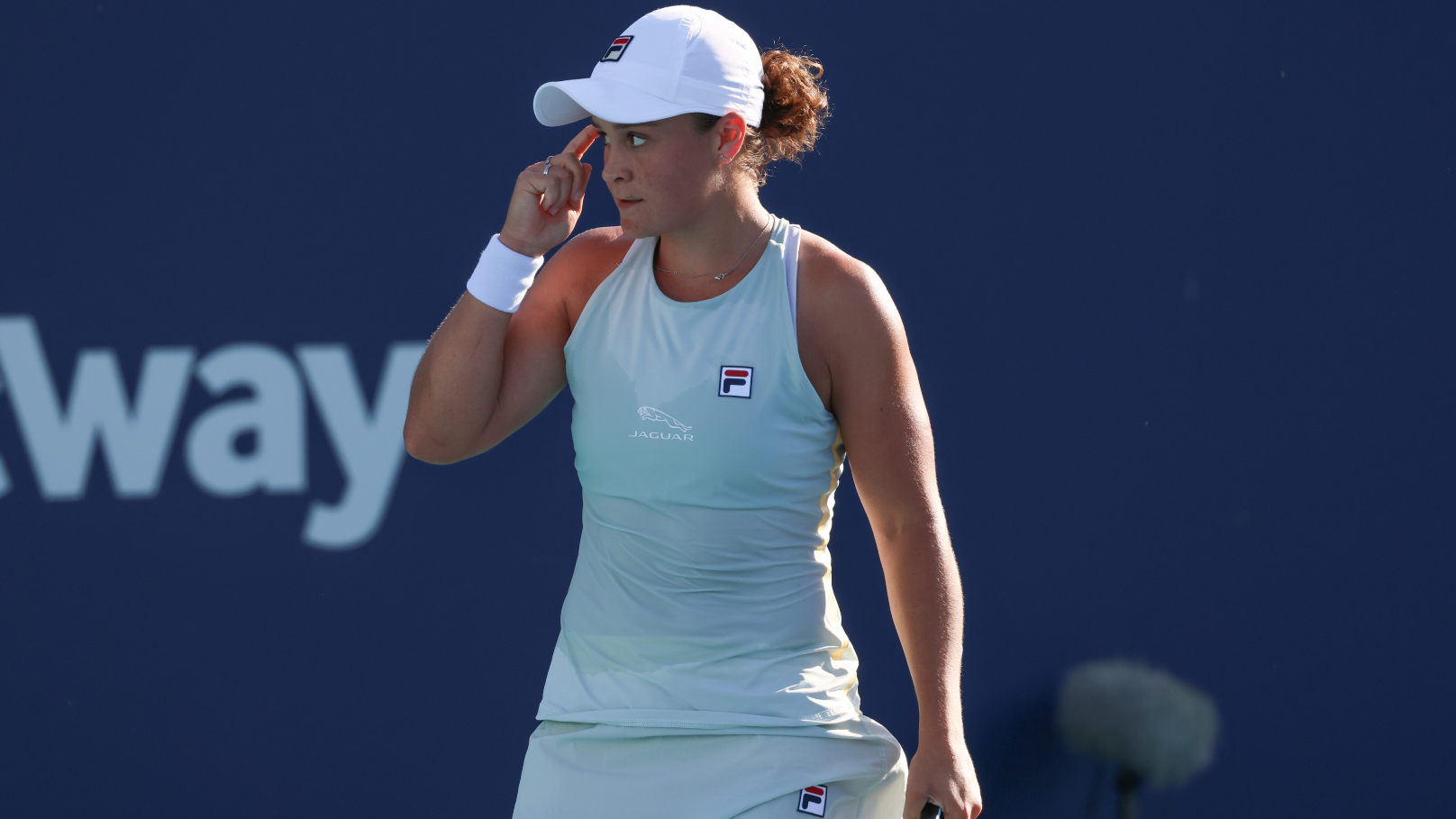 World No 1 Ash Barty completed a great escape to stay alive at the Miami Open, where Simona Halep also progressed.

Barty, who won the title in 2019, looked down and out when she trailed 5-2 in the third set against qualifier Kristina Kucova but stormed back, saving a match point and reeling off the last five games for a 6-3, 4-6, 7-5 victory.

In her first match outside of Australia in more than 12 months, Barty needed all her fighting qualities to advance. Kucova led 5-2 in the third and had match point at 5-3 but the Australian found her game when she needed it to take her place in the last 32, the 2019 Roland-Garros winner firing down 15 aces – equalling her career-best – as she won after two-and-a-half hours.

“Today was really hard work, and I enjoyed every single minute of it,” Barty said on court. “There’s nothing like coming through a test like that, and now I get another opportunity in a couple days’ time to play another tough match and test myself again.”

Halep secured her 400th WTA main-draw triumph with a 3-6, 6-4, 6-0, victory over France’s Caroline Garcia. After dropping the opening set, Halep won 11 of the final 12 games to move through to the next round.

Halep won in one hour, 48 minutes, drastically improving on her first serve after the opening set while coming to grips with Garcia’s kick serve.

“I needed time to get used to it and to get the rhythm,” Halep said about Garcia’s serve having improved her head-to-head record to 7-1, with Anastasija Sevastova awaiting in the last 32 after eliminating American sensation Coco Gauff.

Three-time grand slam winner Angelique Kerber has been up and down in recently, but she flexed her muscles with a 6-0, 6-0 humiliation of Renata Zarazua.

Aryna Sabalenka – the seventh seed – was another one to fend off match points before rallying 0-6, 6-3, 7-6 (11-9) past Bulgarian qualifier Tsvetana Pironkova in a gutsy battle.

After a tighter second set, the No.9 seed @Petra_Kvitova is into the third round! #MiamiOpen pic.twitter.com/3iRzQDwLi0