Home » News » Australian Open: History beckons for Nadal, but can Djokovic be stopped in Melbourne?

Australian Open: History beckons for Nadal, but can Djokovic be stopped in Melbourne?

Novak Djokovic has dominated the Australian Open. But with history beckoning, is this Rafael Nadal’s year? 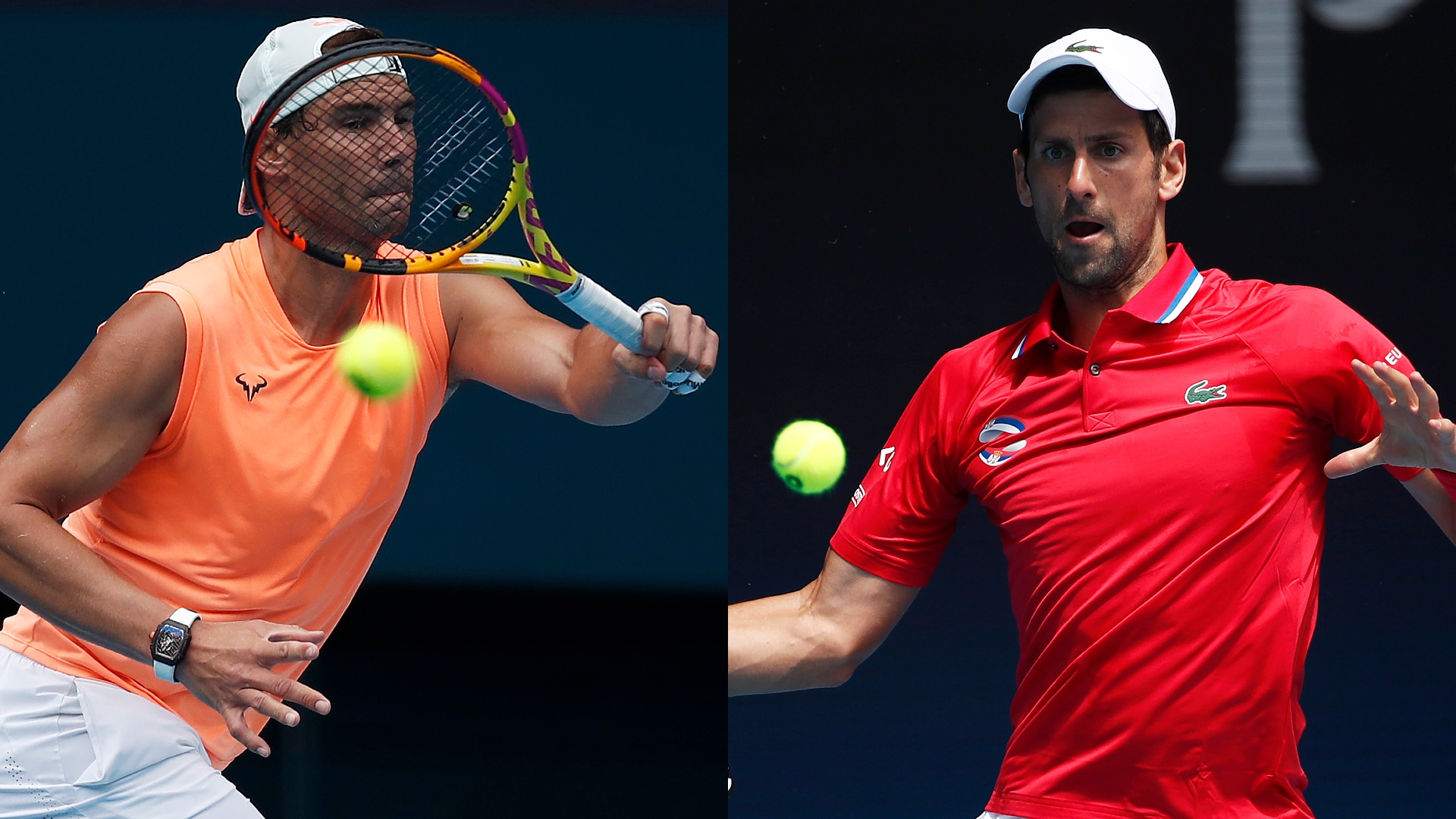 Rafael Nadal has history in his sights, but Novak Djokovic stands in his way at an Australian Open he has almost made his own.

With Roger Federer absent from the year’s first grand slam, all eyes in the men’s draw will be on Nadal and Djokovic.

As the fight between the ‘Big Three’ continues as to who will finish their career with the most majors, Melbourne shapes as again playing a key part, particularly amid the ongoing uncertainty due to the coronavirus pandemic. After winning his 13th French Open last year, the equation is simple for Nadal. His success at Roland Garros drew him level with Federer on 20 majors, the two men sharing the men’s record.

But with the GOAT debate sure to continue for decades to come, a second title in Melbourne would also lift the Spaniard into uncharted territory. Nadal has the chance to become the first man in the Open Era to win every grand slam at least twice. Federer and Djokovic are both missing a second crown at Roland Garros.

Which version of @RafaelNadal is your favourite? #AusOpen

For all his dominance in Paris, that would add another feather to the cap for 34-year-old Nadal. Most of Federer’s major success has come at Wimbledon (eight titles), while Djokovic’s has been at the Australian Open (also eight titles) – both establishing men’s records at those tournaments. Nadal has been runner-up four times in Melbourne since his only title in 2009, while he has reached at least the quarter-finals in the past four years.

But just as Nadal, who is dealing with a back injury ahead of the tournament, stands in the way at the French Open, he will need to get past Djokovic – or have some luck – in Australia.

The Serbian has a 75-8 win-loss record at the tournament, including winning the past two titles. He has won the crown every time he has reached the semi-finals. Djokovic’s previous blip in Melbourne came in 2017 and 2018, surprisingly beaten by Denis Istomin (second round) and Chung Hyeon (fourth round) respectively.

Djokovic at home in Melbourne

Most dominant player Down Under

Do you have a favourite version of @DjokerNole? #AusOpen

A year younger than Nadal, Djokovic is a 17-time grand slam champion, and he has made no secret of his desire to hold the record for most majors won by a man. Djokovic and Nadal have claimed nine of the past 10 majors, although the other one came recently as Dominic Thiem clinched last year’s US Open, when the Spaniard and Federer were absent and when Djokovic was defaulted after hitting a ball, after the point was over, that hit a lineswoman in the throat.

With preparations impacted by Covid-19, perhaps Thiem, Daniil Medvedev, Stefanos Tsitsipas, Alexander Zverev or Andrey Rublev could threaten as the wait goes on for a changing of the guard in men’s tennis.

But all eyes are unsurprisingly on Nadal and Djokovic as history again beckons.