Novak Djokovic has to battle at Wimbledon on Friday, but he takes care of business in straight sets against qualifier Denis Kudla. As expected, the five-time champion will be a part of the second Monday at the All-England Club. 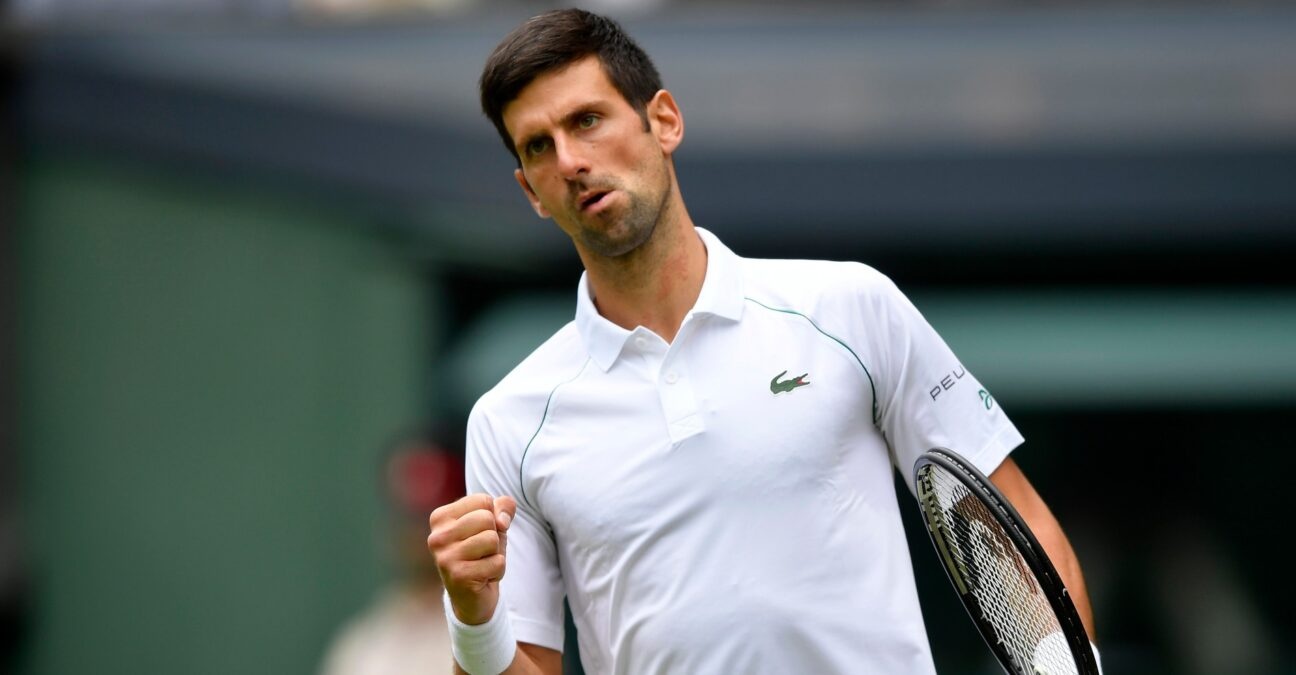 Novak Djokovic at Wimbledon in 2021

Novak Djokovic was given his toughest test of the first week, but he passed it in straight sets on Friday afternoon to book a spot in the Wimbledon fourth round. Djokovic defeated Denis Kudla, always a tough out at the All-England Club, 6-4, 6-3, 7-6(7) after two hours and 17 minutes.

The world No 1 has won nine sets in a row since surprisingly dropping his first one of the fortnight. He preceded his victory over Kudla with routine defeats of Jack Draper (4-6, 6-1, 6-2, 6-2) and Kevin Anderson (6-3, 6-3, 6-3). Djokovic’s first two matches came on Centre Court, while Friday’s was played on Court 1. Of course, being anywhere on the hallowed grounds of the All-England Club is just fine for the 34-year-old.

“It’s the biggest tournament for me because I always dreamt about winning Wimbledon when I was a kid,” he told the crowd during his on-court interview.

Kudla puts up a fight in third set

Now a five-time champion (including a two-time defending champion), the Serb’s bid for another trophy endured a minor scare against Kudla. They were on serve until the 10th game of the first set, Djokovic briefly gave back a break in the second, and Kudla led almost the entire way in the third set. The 114th-ranked American jumped ahead 3-0 in the third, steadied the ship to force a tiebreaker after being broken at 4-2, led 4-1 in the ‘breaker, and eventually had a set point at 7-6. Djokovic, however, reeled off the next three points to finish the job in straights.

“I have to give Denis credit for playing well from the beginning,” the top seed commented. “The third set was very close. Denis is a great guy on and off the court. We get along really well. He was a bit unlucky in the tiebreaker in the third.”

Next up for Djokovic on the second Monday is Cristian Garin, a straight-set winner over Pedro Martinez. 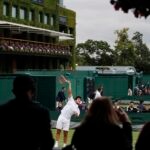 They are joined in the last 16 by Roberto Bautista Agut, a straight-set winner over Dominik Koepfer.

Elsewhere in the top half of the bracket, Karen Khachanov made quick work of Frances Tiafoe.