Djokovic and Federer in opposite halves; everything you need to know about the Wimbledon men’s singles draw

Novak Djokovic and Roger Federer have been kept apart in the draw for Wimbledon, but will they get to the final again or will Stefanos Tistsipas spoil the party? 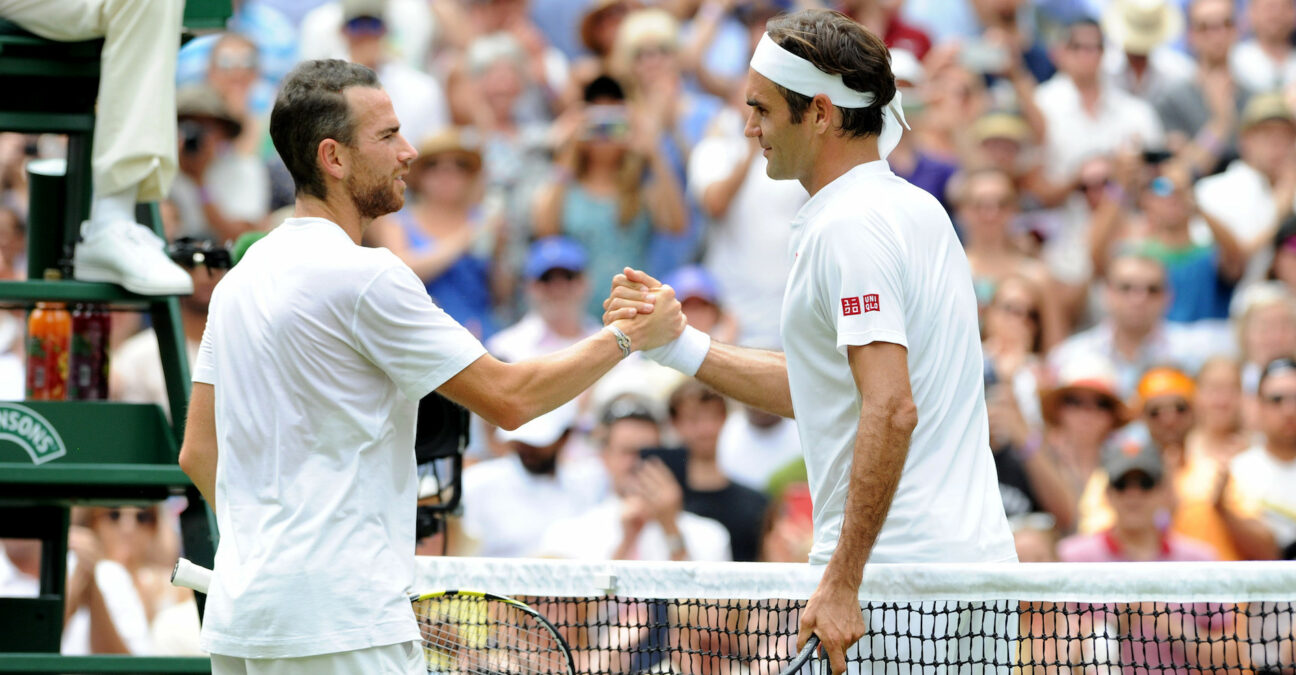 It’s two years since the epic final at Wimbledon between Novak Djokovic and Roger Federer, the day the Serb broke the Swiss’s heart – and those of his fans – by saving two match points in the final to win the title for the fifth time.

A lot’s happened since then – Djokovic remains world No 1 and has won four more Grand Slam titles to lie one behind Federer and Rafael Nadal in the overall list – while Federer has had two knee surgeries and the tennis world has been affected by the small matter of a global pandemic.

But after the draw for the men’s singles was made at Wimbledon on Friday, it’s possible that the two men could meet in the final again as they were placed in opposite halves of the draw. Though Federer has a tough first-round match against Adrian Mannarino, both men have pretty good draws, in theory, while seventh seed Matteo Berrettini, the champion at Queen’s Club, and Roland-Garros runner-up Stefanos Tsitsipas will both fancy their chances of big runs.

Here’s everything you need to know about this year’s men’s singles at Wimbledon. 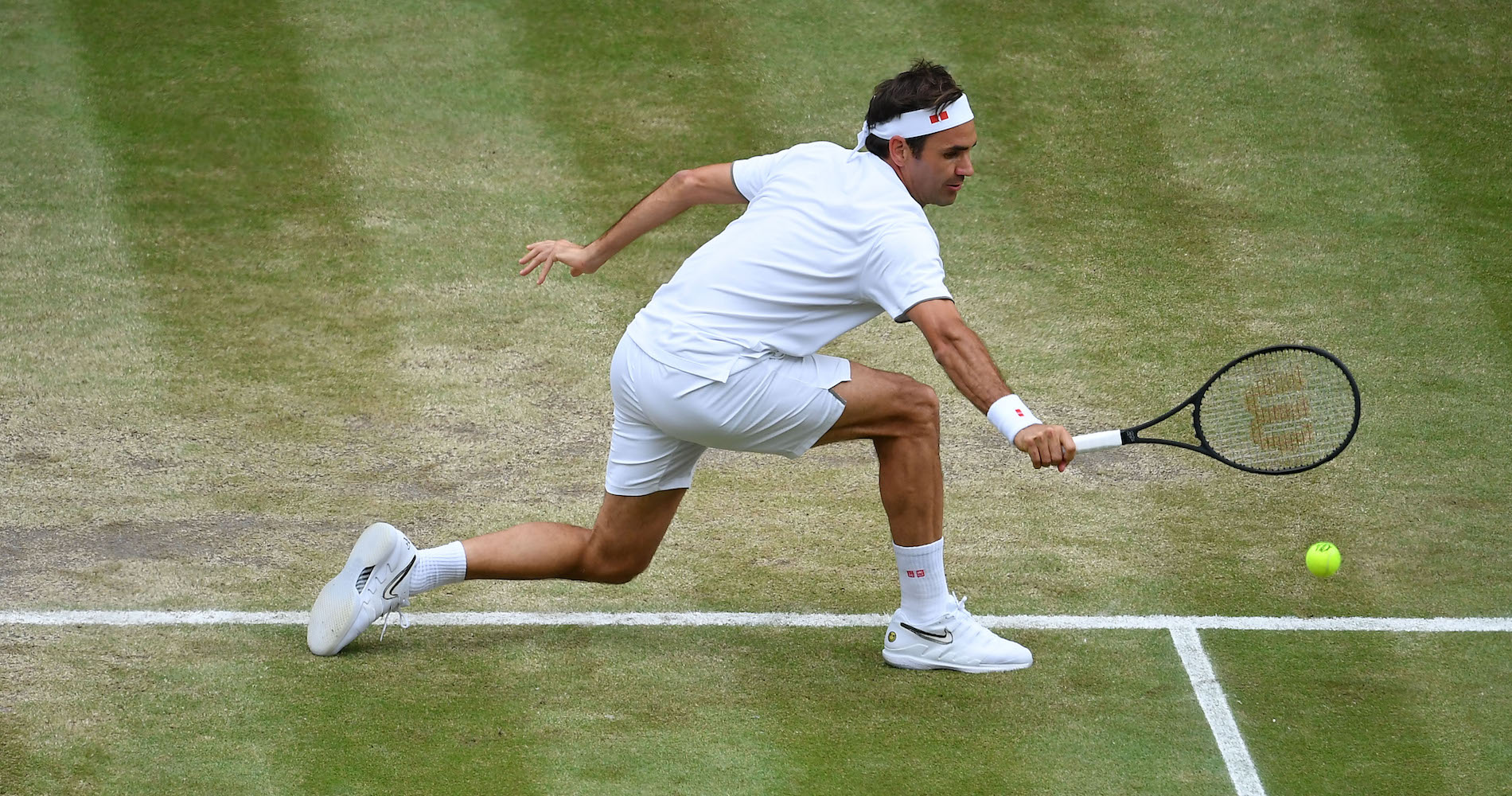 Roger Federer (6) v Adrian Mannarino
If Federer is going to make it all the way to the final at the grand old age of 39 (he turns 40 in August), the eight-time champion will have to make a fast start. In his way in round one stands world No 42 Adrian Mannarino, a talented Frenchman who has been to the last 16 at Wimbledon on three occasions. The left-hander is also in form, having reached the semi-finals in Eastbourme this week, while Federer is still searching for form after returning to the Tour in March.

Andy Murray v Nikoloz Basilashvili
Two-time champion Andy Murray is back in the singles at Wimbledon for the first time since 2017, the year his hip finally gave way. The fact that Murray’s here at all is a near-miracle, with a metal right hip, and the Scot has his hands full with Nikoloz Basilashvili in round one, a Georgian ranked 30. Basilashvili has never made it past the third round at Wimbledon, though, and Murray will have all the support in the world to support his cause.

Ugo Humbert (21) v Nick Kyrgios
All eyes will be on this one, notably to see what kind of form Nick Kyrgios is in, having last played at the Australian Open in February. The Aussie loves grass, though, and if their first-round encounter in Melbourne this year is anything to go by, this could be a classic. Humbert won the title in Halle last weekend and the left-hander has the kind of game that will make him a danger at Wimbledon, as he showed in 2019, when he made the last 16. 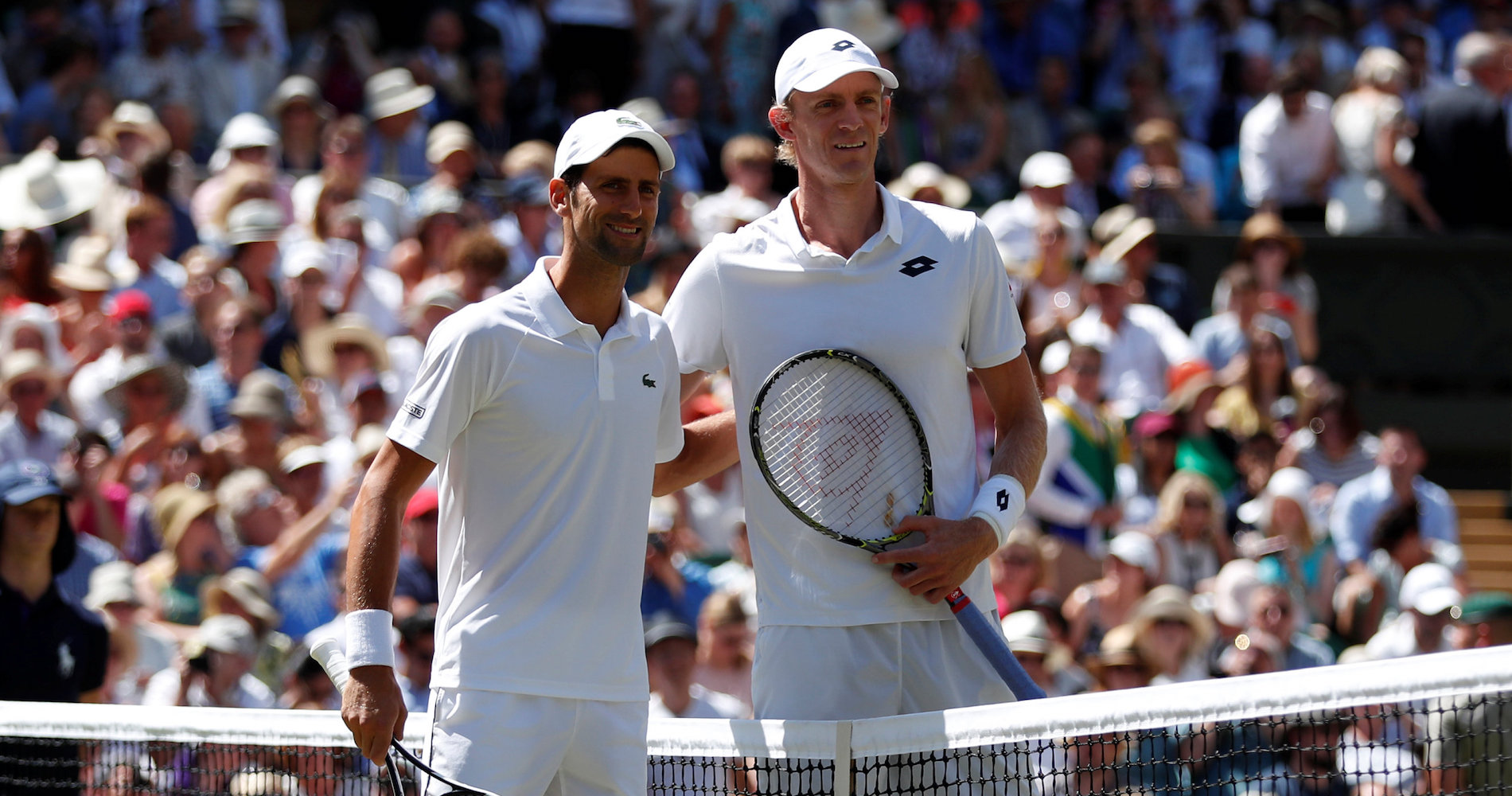 Matches we would like to see before the quarters

The behind the scenes rumblings about tennis politics should add a little spice to this one – Djokovic is leading the Professional Tennis Players Association while Anderson is the president of the ATP Player Council – but their on-court battle could be something special too. Anderson led Djokovic by two sets to love at Wimbledon in 2015 only to lose in five, but was well beaten when they met in 2018. The big-serving South African has a huge game but has been hit by injuries of late and Djokovic is the big favourite, but knows the danger he could face.

If Nick Kyrgios can show the kind of form he produced at the Australian Open, then anyone he plays will be fun but if he gets through to a fourth-round clash with Alexander Zverev, it might be a blockbuster. Kyrgios was publicly critical of Zverev’s lackadaisical attitude toward Coronavirus protocols during the height of Covid and should the pair meet, the Aussie will be keen to protect his 4-3 lead in their head-to-head battles. 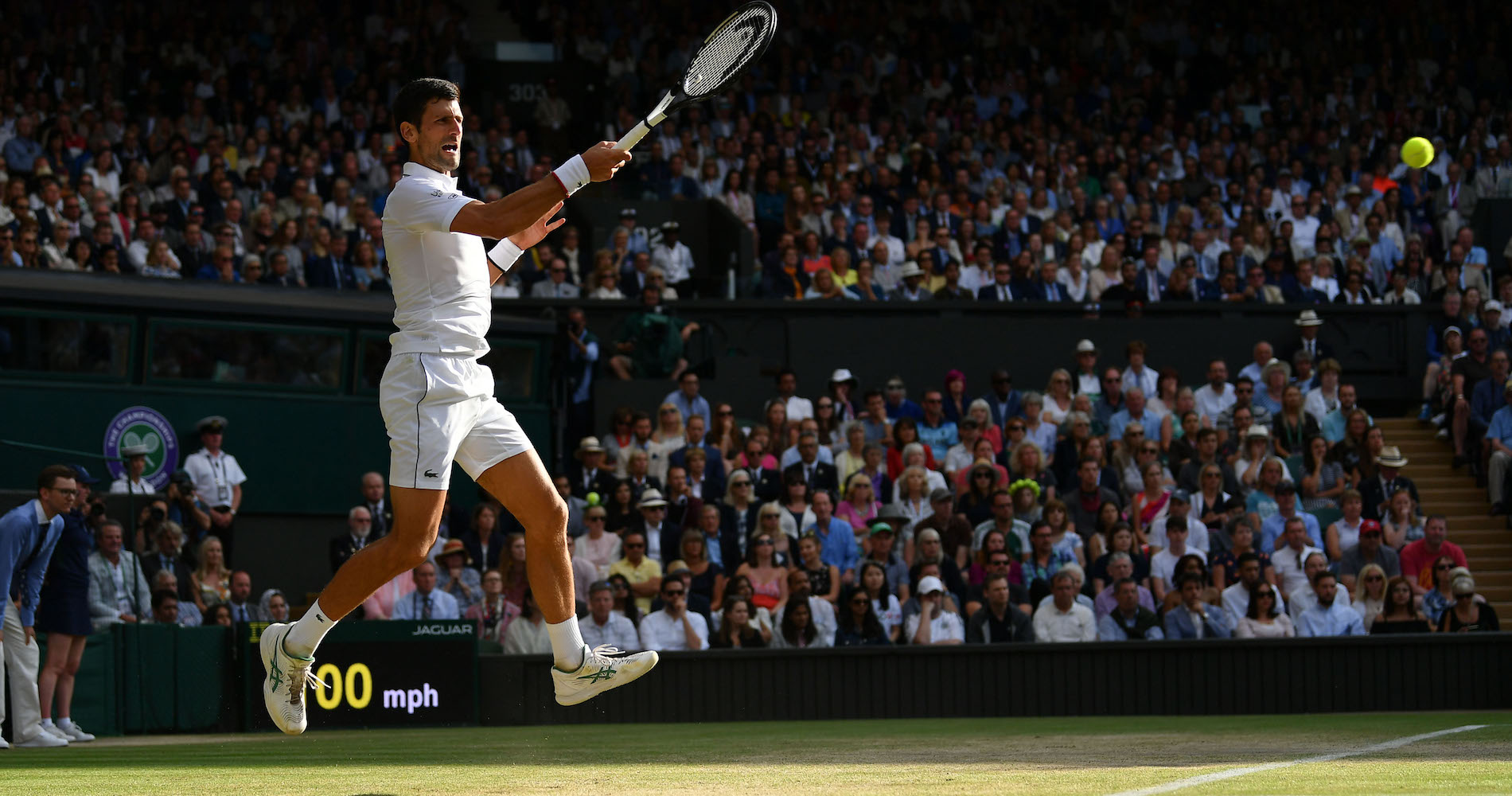 Novak Djokovic (1) v Andrey Rublev (5)
The gap in experience between these two on grass is enormous; Djokovic is a five-time Wimbledon champion while Rublev will be playing in only his third Championships. The pair have never played, though, which might give the hard-hitting Russian some hope.

Stefanos Tsitsipas (3) v Roberto Bautista Agut (8)
The runner-up at Roland-Garros, Tsitsipas will carry plenty of confidence into Wimbledon and he has already been to the last 16 here. Bautista Agut is the kind of player who will take advantage of any slip-up, though, so the Greek will be wary of the challenge.

Matteo Berrettini (7) v Alexander Zverev (4)
Having marched to the title at Queen’s Club, Berrettini again showed how versatile a player he can be. The Italian has a big serve, big forehand and a bundle of confidence. Zverev is far from at his most comfortable on clay and the German will know the kind of threat Berrettini presents.

Roger Federer (8) v Daniil Medvedev (2)
If Federer makes it to the quarter-finals then it will mean he’s playing well and his knee is holding up, all of which would be bad news for Medvedev. However, the Russian, having discovered a love for clay, has taken that confidence on to the grass in the warm-up events and if he’s in the quarters, he’ll fancy his chances. 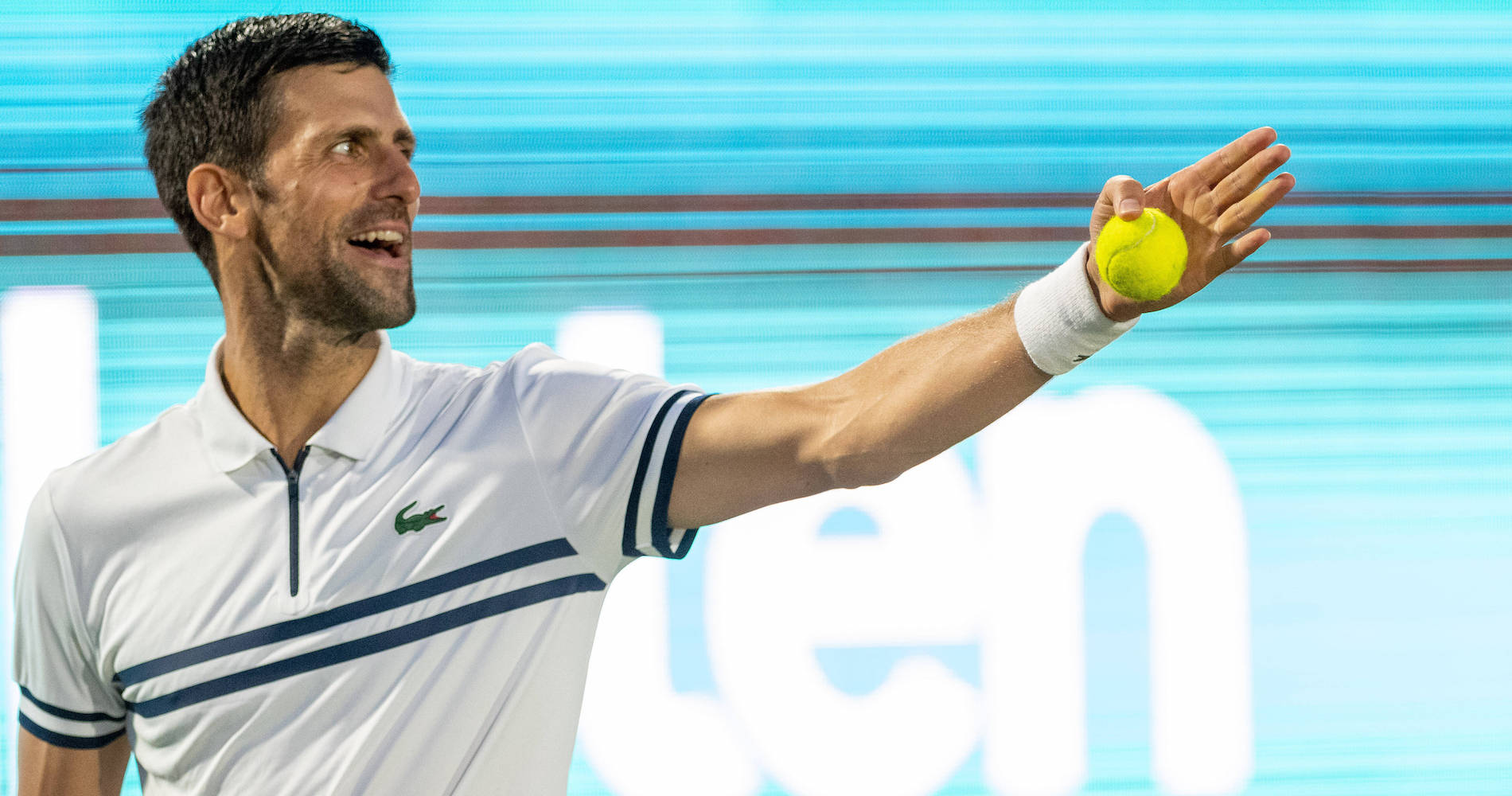 Djokovic’s projected path to the final 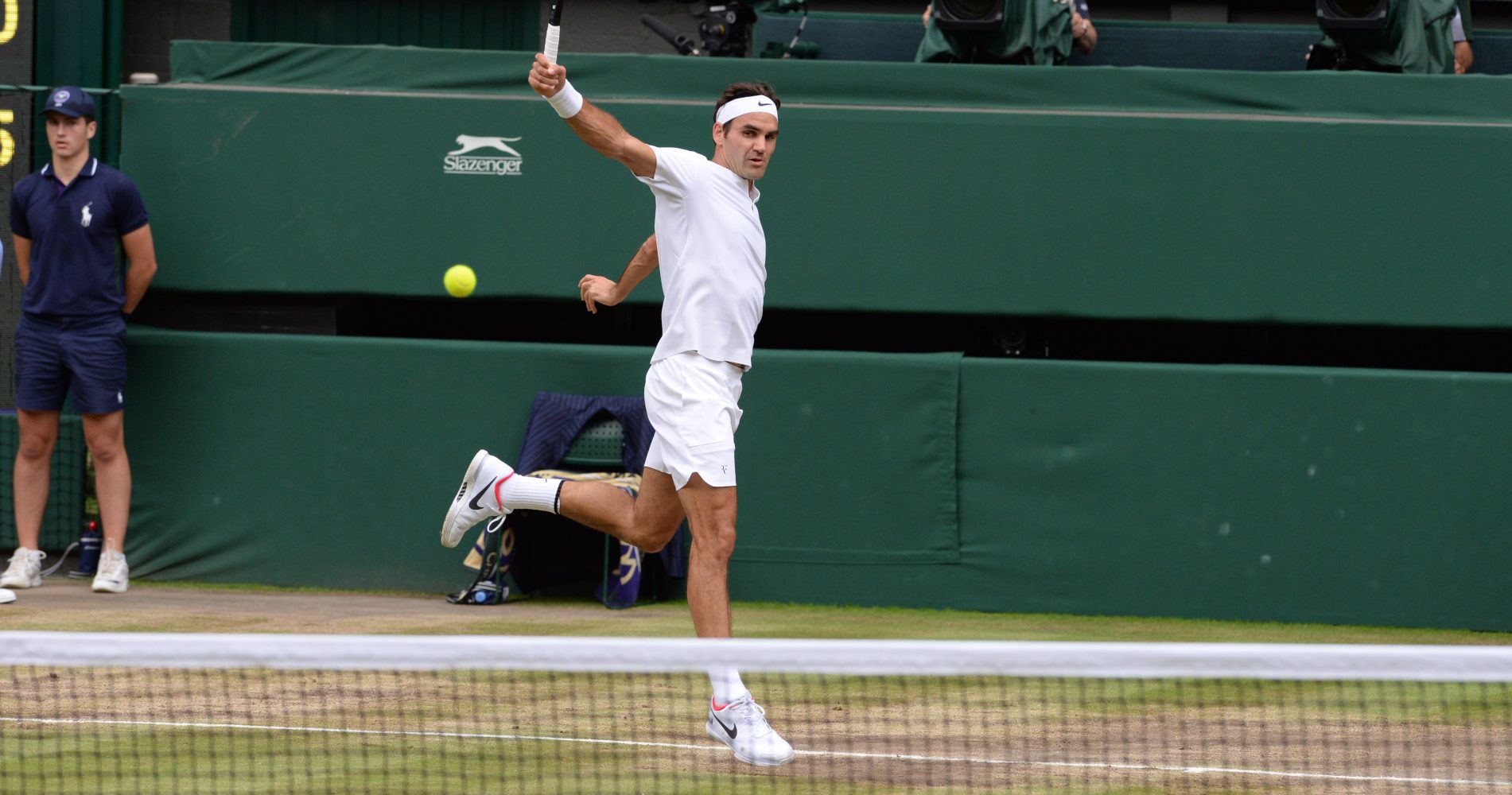 Federer’s projected path to the final 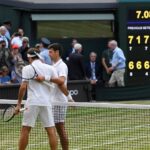 The Wimbledon seeding system: How controversies led to the end of an exception
tennis majors 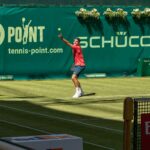