Home » News » Nadal undergoes treatment for foot injury in Barcelona, to be off the courts for a few weeks

Nadal undergoes treatment for foot injury in Barcelona, to be off the courts for a few weeks 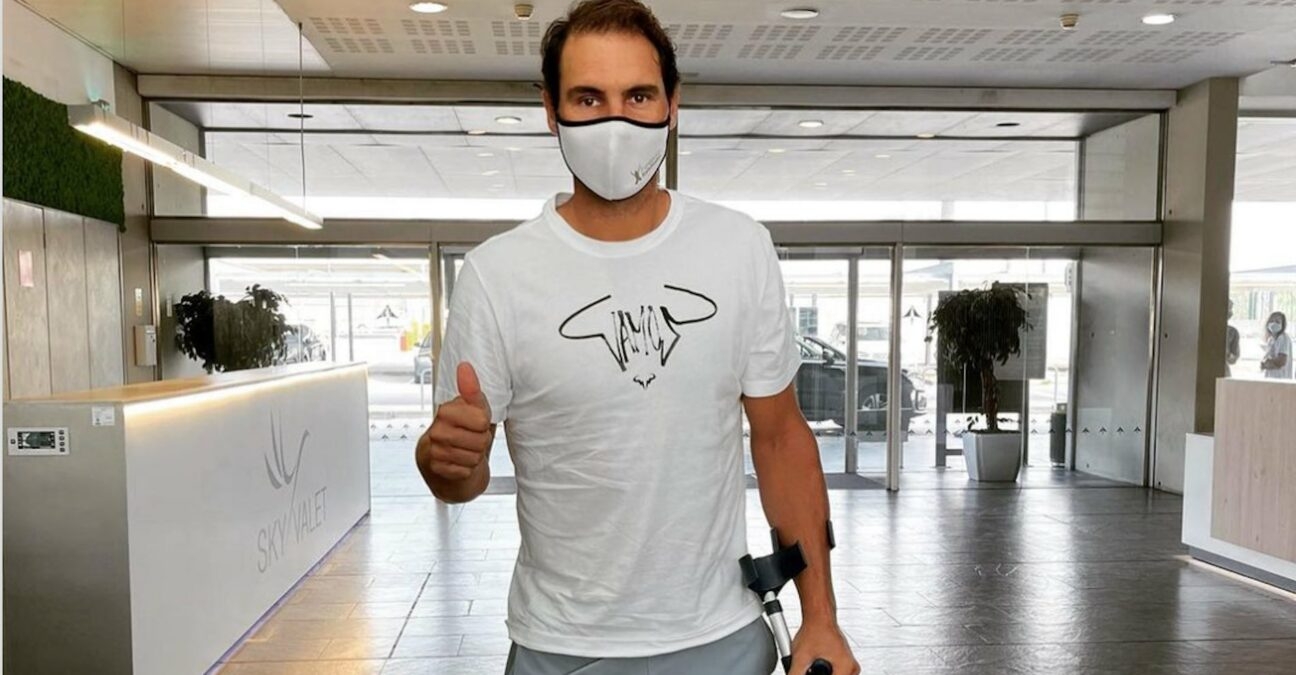 Rafael Nadal has provided an update to his fan and the tennis world on the foot injury that caused him to pull out of the ongoing US Open.

In a post on Instagram, Nadal said he has undergone treatment for his foot in Barcelona that will keep him off the courts for a few weeks

“Hello everyone, I have not communicated with you through the networks for some time. Tell you that I was in Barcelona with my team and the medical team, to receive a treatment on my foot that will give me a few days of rest and a few weeks off the court. Back home and in the process of recovery. Thank you all for your support!”

Nadal has played only one event on the tour since his semi-final loss to Novak Djokovic at the French Open, He pulled out of Wimbledon and the Tokyo Olympics citing exhaustion after a grueling clay court season. He returned to compete in Washington and reached the round of 16, losing to Lloyd Harris, before pulling out of the US Open and calling time on his 2021 season.

Wimbledon: Sakkari through to third round