Stefanos Tsitsipas and Andrey Rublev reached the last 16 at the Miami Masters 1000, but a previously in-form Aslan Karatsev bid farewell to the tournament on Monday. 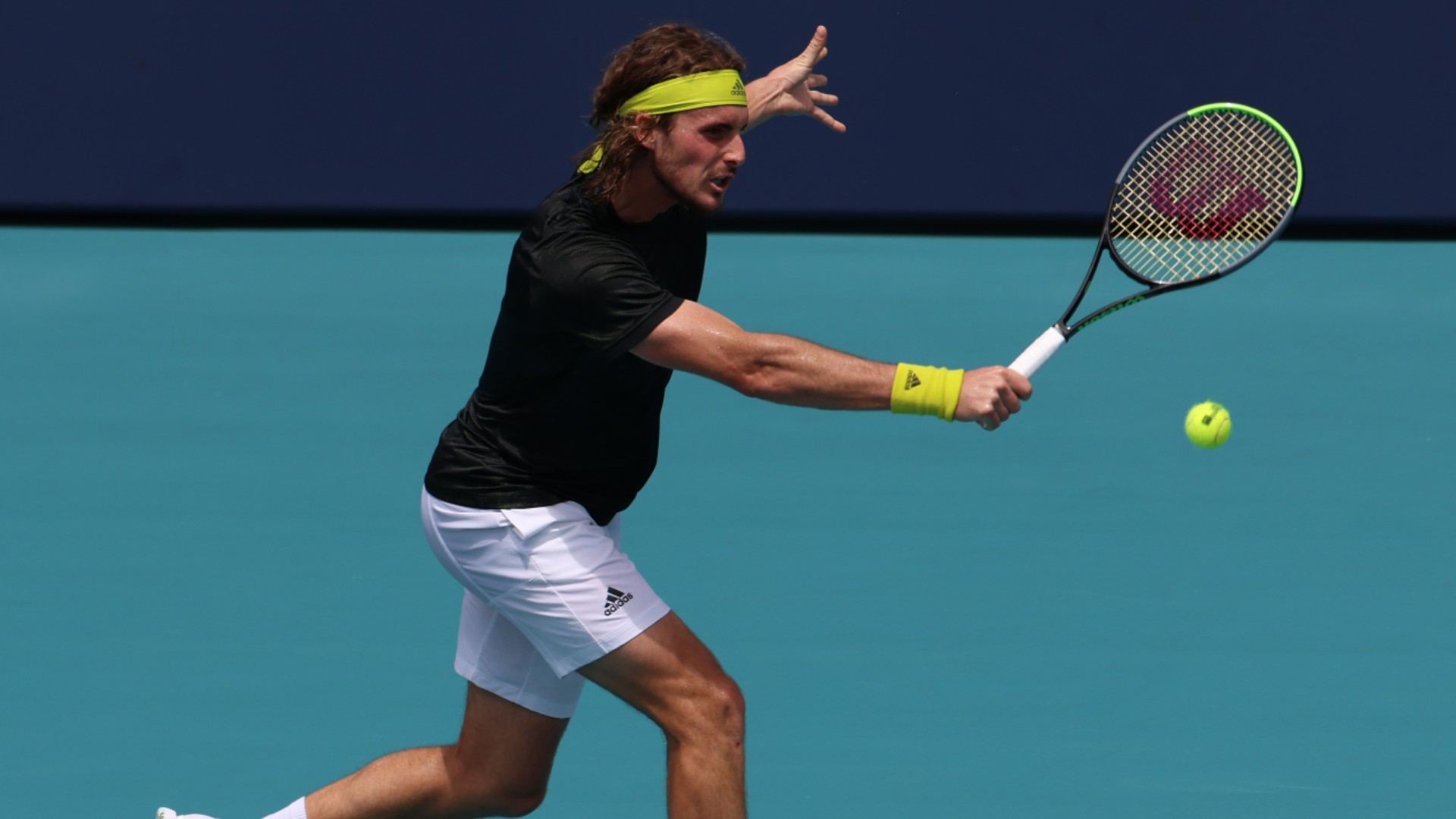 Stefanos Tsitsipas battled through to the Miami Open round of 16 where he was joined by Andrey Rublev, who scored another win over Marton Fucsovics, on Monday.

Canadian Denis Shapovalov was knocked out but his countryman Milos Raonic did advance to the fourth round, as did fifth seed Diego Schwartzman and former US Open champion Marin Cilic.

Despite a mid-match wobble, Tsitsipas overcame former world No 4 Nishikori 6-3, 3-6, 6-1 to reach the fourth round. Tsitsipas, who hit 32 winners, will meet Lorenzo Sonego for a place in the quarter-finals after the 24th seed defeated Daniel Elahi Galan 7-6(6), 6-3.

Rublev beats Fucsovics  for the third time this month

Russian fourth seed Rublev made light work of Marton Fucsovics 6-2, 6-1 in just 52 minutes. Rublev leads the ATP Tour with 18 victories this season after eliminating the in-form Hungarian. The win marked Rublev’s third win over the 29th seed this month and his fourth win in as many matches against Fucsovics since last August.

The Russian was seen laughing at the end of the encounter as he walked up to shake hands with Fucsovics and spoke about the same after his match.

Meanwhile, sixth seed Denis Shapovalov was defeated in straight sets by Hubert Hurkacz 6-3, 7-6(6). Hurkacz will have to get past another Canadian, Milos Raonic, if he is to reach the quarterfinals in Miami. 12th seeded Raonic scored a 6-4, 7-5 win over Ugo Humbert.

American Sebastian Korda became the first player outside the Top 5 to beat Karatsev this year. Korda won 6-3, 6-0 to reach the last 16 at an ATP Masters Series event for the first time in his career. He will next take on fifth seed Diego Schwartzman, who defeated Frenchman Adrian Mannarino 6-1, 6-4.