Home » News » Tennis is back but “hard quarantine” takes its toll

Tennis is back but “hard quarantine” takes its toll 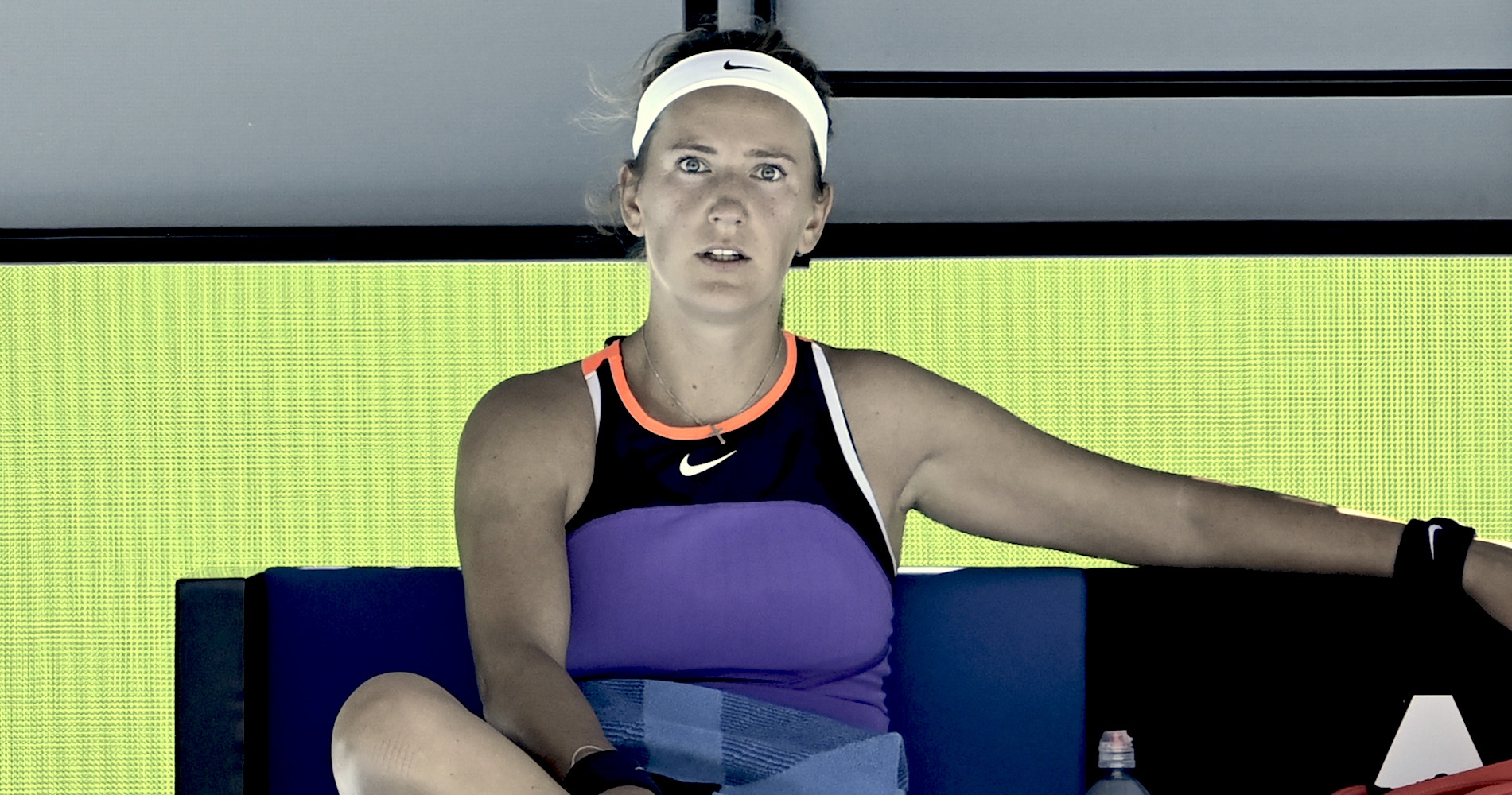 Organisers of the Australian Open, in conjunction with the government of the state of Victoria, have done an incredible job in making the first Grand Slam event of the year happen, an enormous achievement in a pandemic.

The sight of players performing in front of crowds over the opening two days has lifted spirits all over the world but for the 72 players who were forced into 14 days of “hard quarantine”, with no practice allowed after their flights included people who then tested positive for the Coronavirus, their trip to Australia has not been quite so enjoyable. 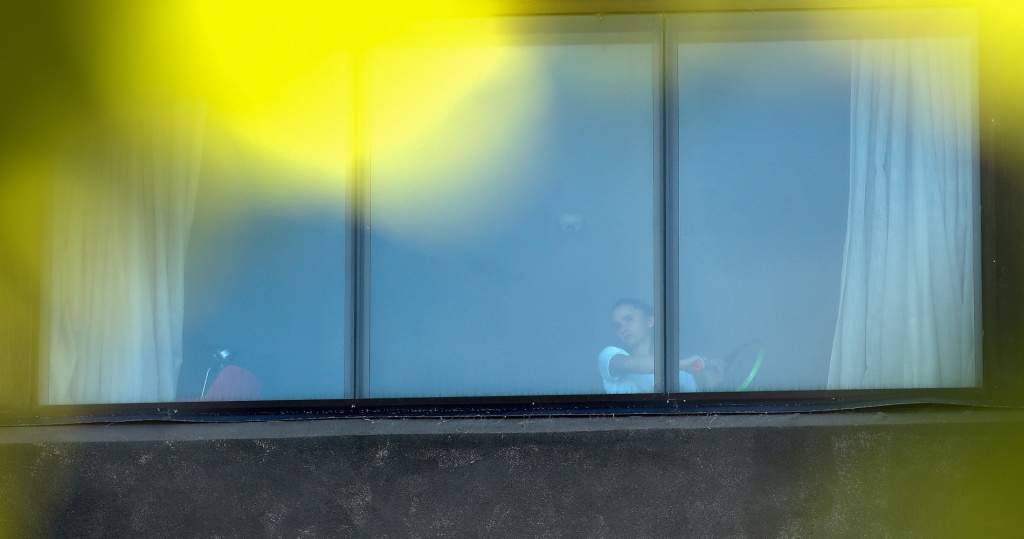 On Monday, the sight of Gael Monfils in tears at his press conference showed what players had been going through, and he had not even been in the hard quarantine itself.

The effect on players, physically and psychologically, has been clear to see over the first two days of competition, with Angelique Kerber, Victoria Azarenka, Maria Sakkari, Kei Nishikori, Vasek Pospisil and Tennys Sandgren among those going out in round one.

Some of them might well have lost anyway, of course – Sandgren was up against Alex de Minaur and Nishikori lost to 15th seed Pablo Carreno-Busta, but there is no question the lack of preparation has hurt. 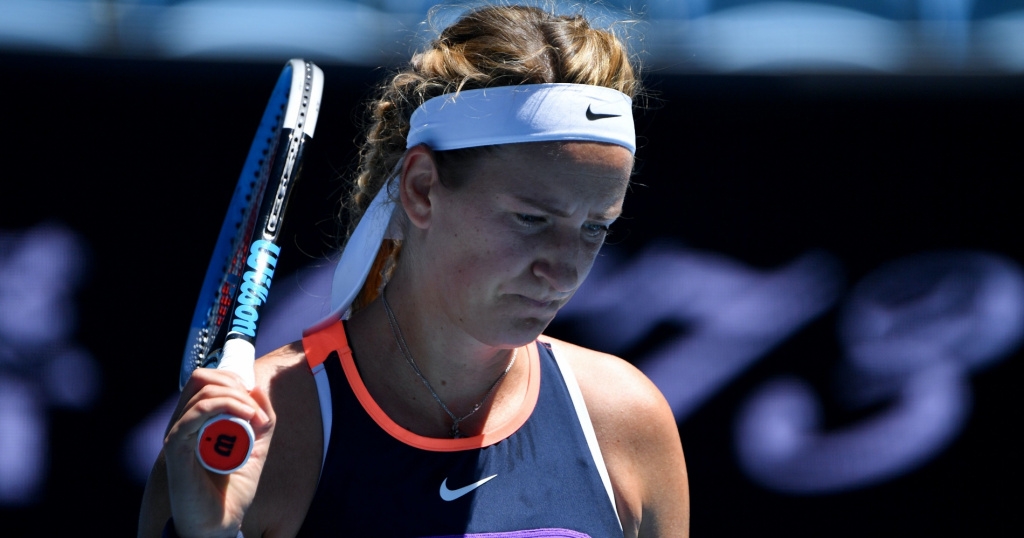 Azarenka: “The biggest impact was no fresh air”

Azarenka’s 7-5, 6-4 defeat to Jessica Pegula on Tuesday was a shock in itself, but seeing the two-time Grand Slam champion struggle to breathe on court was even more unsettling.

“I think the biggest impact for me personally has been not being able to have fresh air,” she said, of the quarantine. “That really took a toll. It really took a toll for me to adjust. At the same time it’s something, like, I don’t know how to prepare after two weeks quarantine to play in six days match or five days match. I don’t have a blueprint of how to prepare. So it’s all about, like, trying to figure it out. I did not figure it out, not this time.”

Sakkari put her 6-2, 0-6, 6-3 defeat by Kristina Mladenovic of France simply down to the way she played.

Sakkari: “I don’t want to blame the quarantine for the defeat. I played bad and that’s it. For sure it was a tough period for me, but I won’t look for excuses. I just wasn’t myself, I couldn’t handle the pressure”.

Badosa: “I wouldn’t repeat it”

But Paula Badosa, who actually tested positive during quarantine, said it was an experience she would not choose to go through again. “No, no, because I lost a lot my level,” the Spaniard said. “I’m sad for the match, but I’m even more sad because I lost the level that I’ve been working so hard these two months in pre-season. So, no, I wouldn’t repeat it.”

Very tough day. Left everything I had. Time to recover and to get strong again. #fightforit pic.twitter.com/9j0gFE97l5

Some players who had to hard quarantine did manage to battle through, however, including Bianca Andreescu on day one and Belinda Bencic on day two.

Former US Open champion Andreescu, in her first outing for 15 months due to injury, chose not to play in the warm-up event in order to get some practice, and came through a tough three-setter against Mihaela Buzarnescu 6-2, 4-6, 6-3, while Bencic scrapped her way past Lauren Davis 6-3, 4-6, 6-1.

“I was in Canada during the lockdown so I had an experience of how it would be like,” Andreescu said. “It wasn’t too bad for me, just not being on the court and not seeing people. Obviously it was tough. After we got out of quarantine, it was a relief. Yeah, it took a couple minutes for my eyes to adjust getting out because I could only see, like, 10 feet in front of me. I made the times as best I could productive.”

While some players initially moaned about their fate in quarantine, Bencic said players understood what they were doing.

“We all accept quarantine,” she said. It’s something we had to do. Of course, it’s the right thing. We don’t want anything to spread here into the community, so it was the right thing to do, for sure. It’s just very unfortunate for some players it happened, for some didn’t. Definitely feeling is right now it’s not easy. It’s like if you go on a holiday, then you return to the court. Especially now it’s Australian Open. It’s very difficult to go just quickly back to where you were. Just taking it step by step. I’m accepting the fact I’m probably not going to be able to show good tennis, watchable tennis. Just fighting with what I have. Of course, the body feels worse, the tennis feels worse, the reaction, the instincts, everything is worse. But I’m still here. I’m trying to fight with what I have.”

Britain’s Heather Watson was another to buck the trend, beating Kristina Pliskova 7-6, 7-6 on Tuesday. Watson made a name for herself on social media with her innovative fitness videos during lockdown but the Briton said she only started feeling like herself again the day before her opening match.

“It made the victory today it sweeter because we’d been through a lot the last few weeks,” she said. “It was really tough, mentally, I would say the most. Physically I felt like I did a pretty good job in hard quarantine of working out pretty much every day and trying to keep up my fitness with what I could do. Yesterday is the first day of practice where I felt like my game was starting to come back together. Having a Tuesday start was big, so I got lucky there.”

Pablo Cuevas, a four-set winner over Andreas Seppi in round one, was another star of social media during quarantine. Trying to have some fun, he said, had been crucial.

The Pablo Cuevas beat rolls on.

A Day 6 dance party for your enjoyment, complete with Corona Extra and a mustache.

“I received a lot of messages and I put in my mind every day I need to do more and I think it’s good for 24 hours in the room,” he said. “It’s so tough, and with this I had two hours in — I don’t know the way you say, occupying my mind to clear something.”

Others, though, remain frustrated that they were put in the position.

“Their tournament in my opinion is shitty,” Frenchman Benoit Paire said, after losing to Egor Gerasimov in round one. (translated from a French interview with L’Equipe). “My game and attitude today were OK, but overall I’m very disappointed by this event. I didn’t sign up for this. I signed for a protocol where I would be able to practice for 14 days.”

Sandgren said it had been “impossible” to play at his top level.

“How would you imagine prepping for a hot kind of muggy day, three-out-of-five sets against a player like that, that calibre, when you can’t play tennis?” he said. “You can’t go outside? You can’t. It’s impossible. It’s impossible. I played last week’s event, which probably wasn’t a good idea. It wasn’t hot, it was very mild conditions, and I played two hard three-set matches and I’ve never been more sore in my life after the second round, and I took two days off because I couldn’t walk, and then I hit a couple times before today. I mean, it’s just kind of a joke of preparation. I don’t know, I wouldn’t say the whole tournament is a joke, but for some players it’s not feasible. It’s just not feasible.”
“