Home » News » Tennis » Tokyo Olympics » Djokovic: “Pressure is different at the Olympics. I know, I have felt it.”

Djokovic: “Pressure is different at the Olympics. I know, I have felt it.”

The world No 1 is gunning for gold in Tokyo, but knows the competition is tough and past experience tells him the Olympics carry a different level of expectation 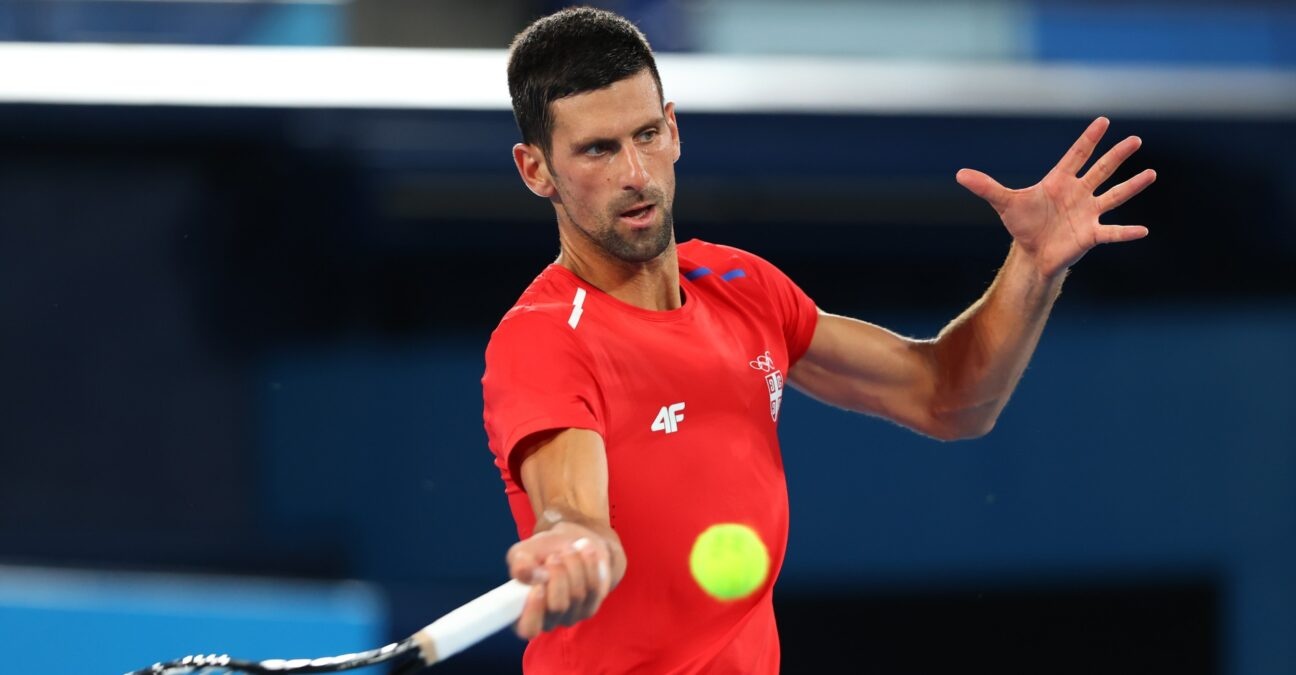 In the early afternoon of Tuesday at the “Nikola Tesla” airport in Belgrade, world No 1 Novak Djokovic held his last press conference before leaving for Tokyo in order to fight for the Olympic gold medal, the only thing missing from his resume.

With the Australian Open, French Open and Wimbledon titles in the bag, the 34-year-old is chasing history, trying to become the first man to win all four slams in the same year since Rod Laver in 1969. Should he win Olympic gold in Tokyo, Djokovic would then head to New York one slam away from achieving the “Golden Slam”, matching the effort of Steffi Graf in 1988.

Once again, Djokovic was very clear about his ambitions.

“The schedule is really rough but I feel that my preparations were good,” Djokovic told reporters. “Also, I won a lot of matches recently, which always gives you extra confidence and energy boost. Playing for my country, it is the highest honour and privilege for me. I am an individual athlete, rarely we have the occasion to be a team. I am grateful because we were able to win the ATP Cup and Davis Cup, and I am missing Olympic gold now. I have the highest ambitions in Tokyo, it is not a secret that I am aiming for the gold medal.”

Djokovic already has a bronze in singles to his name, having beaten James Blake in Beijing in 2008. Four years later, he lost to Andy Murray in the semi-finals and then to Juan Martin Del Potro in the battle for bronze. At the Rio Olympics in 2016, Del Potro scored another victory over Djokovic, this time in the first round.

Djokovic on the Olympics: Anything can happen

“Although some players from the top are not coming, there are also a lot of elite players fighting for medals: (Daniil) Medvedev, (Stefanos) Tsitsipas and (Alex) Zverev are among the favourites. They are the best, but it is a long tournament and anything can happen.

“Furthermore, Olympics are specific in terms of pressure, expectations and emotions – everything is different compared to other tournaments and I know that very well, I felt it on my own skin in the past. Therefore, I will try to approach the Olympics in the same way that I approach other tournaments, so that I can stay focused on my goal.”

After Wimbledon, Djokovic went to Montenegro to spend time with his family, but also to prepare for Tokyo as well.

“I would not call the preparations unconventional, it is just about trying to do what was best in these circumstances, not everything can be ideal. I am not only a tennis player, I am a father and a husband, so I need to dedicate myself to my family when I am not traveling; I am trying to find the right balance. As I have said, the preparations were great, I had a really good hitting partner, I am ready both fitness and tennis wise. Furthermore, the weather was amazing, we practiced in a nice atmosphere, so that gave me positive energy as well.”

With the Covid restrictions, Djokovic is not sure how daily life will look like in Tokyo but hopes to be able to have at least a similar experience to the previous times he participated in the Olympics.

“It really is a unique feeling. The village: best athletes in the world share time, we eat and sleep under the same roof… It is a valuable experience which spurred my individual career afterwards. It is interesting to see other elite athletes practicing, preparing, eating, and recovering. It is fun, but it is useful as well, the knowledge you get.”

After the press conference concluded, Djokovic was given a farewell with the national anthem “Bože pravde” (God of Justice). His biggest wish is to hear the same tune on August 1, the day of the finals.