US Open, Massu, Austrian: Everything you always wanted to know about Dominic Thiem (but never had time to find out), updated after Bastad quarter-finals

After three near misses, Dominic Thiem won his first Grand Slam title at the 2020 US Open. Here are the answers to some questions you may ask yourself about him 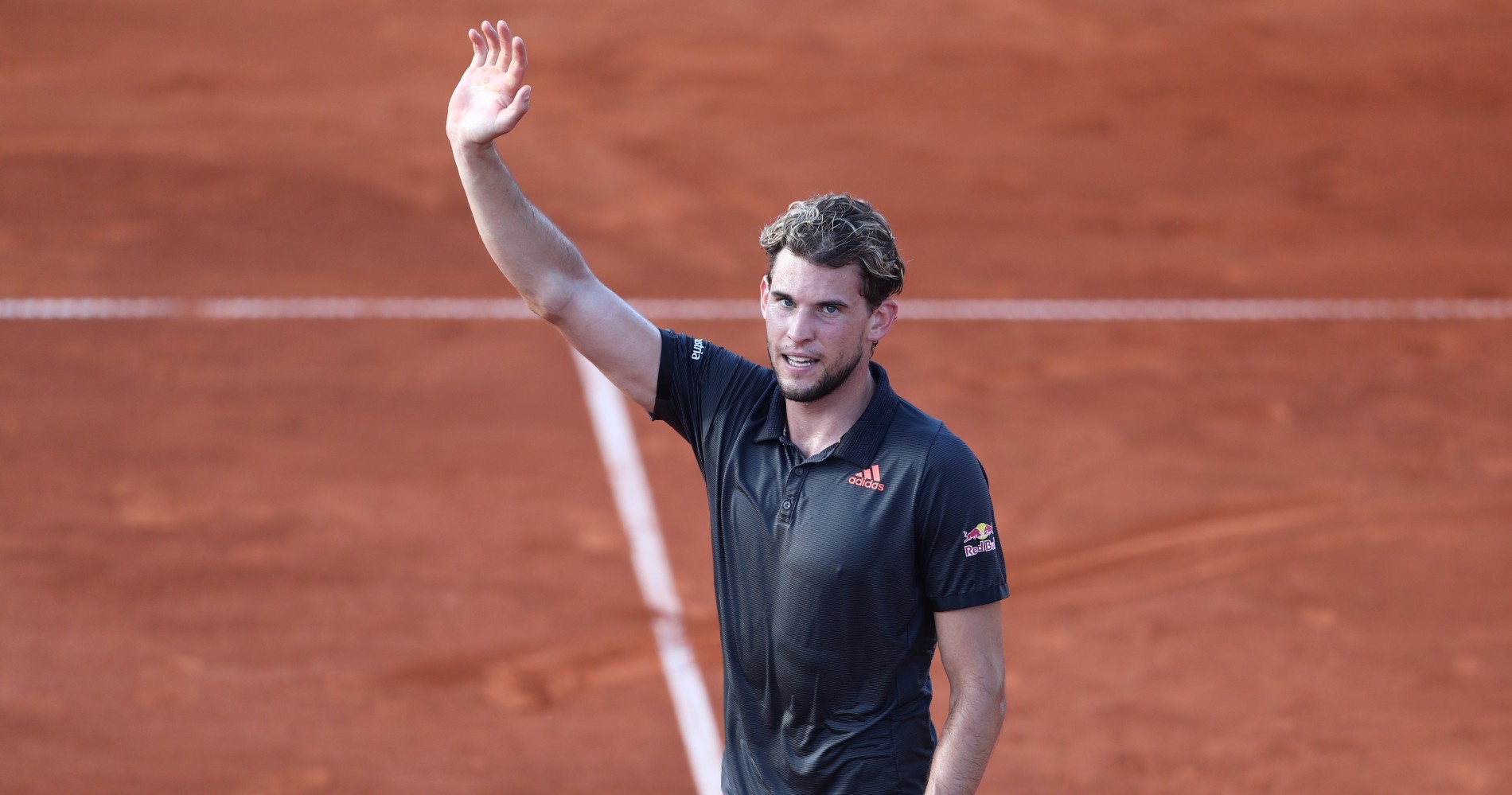 Dominic Thiem, 2019 Barcelona semi-finals, 6-4, 6-4. Thiem is thought to be the heir apparent to Nadal on clay. The current US Open champion has plenty of head-to-head wins over Nadal on the red stuff, but never on the biggest stage of Roland-Garros.

How did Dominic Thiem’s comeback in 2022 go? 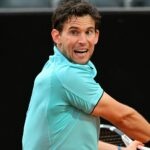 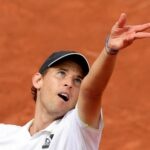 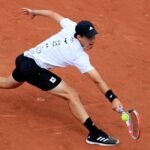 Why did Dominic Thiem hardly play in 2021?

After starting 2021 in disappointing style by going out in the fourth round at the Australian Open, Thiem said he needed a break and didn’t play again until Monte-Carlo. He looked out of sorts all the way through the clay-court season and then lost in the first round, admitting it had been hard to find motivation after his US Open breakthrough.

“It’s amazing to reach such a big goal, but at the same time, something is different after,” he said. “It’s a big learning process, and despite the loss, which hurts so much, I still hope I can bounce back stronger than before.”

Thiem then pulled out of Wimbledon because of a wrist injury and on August 18, 2021, he confirmed he would not be able to defend his US Open title and would miss the rest of the year to allow his wrist to fully recover.

Thiem broke through to win his first Grand Slam title at the 2020 US Open, defeating Alexander Zverev in a five-set final. The final was notable because Thiem came back from two sets to love down and became the first player to reverse a two-set deficit in a US Open final since 1949. The title was Thiem’s first Grand Slam final, a huge relief after he lost his first three major finals, at Roland-Garros in 2018 and 2019 and in 2020 at the Australian Open. Thiem became the first Austrian to win a major singles title since Thomas Muster in 1995.

Where does Dominic Thiem come from?

Thiem is Austrian. He grew up in Lichtenwörth, a small Austrian town of 2,727 inhabitants (as of January 2018). He still lives there. He joined Austrian military service from November 2014 to April 2015.

What languages does he speak?

Thiem is fluent in German and in English (he is a Chelsea fan in football). He also learned how to speak French during his relationship with France’s Kristina Mladenovic.

What is Dominic Thiem’s biggest goal?

Thiem’s stated dream is to win the Roland-Garros title.

“I definitely want to win the tournament,” Thiem said in an interview he did with Sportschau.de. “I start every tournament with the will to win it. With the exception of Wimbledon, maybe. During matches, I’m not more relaxed now because I’ve won a Grand Slam. I show the same amount of nerves as before. That certainly won’t change before the end of my career. But I also know that if I play well and am well prepared, my chances of going deep at the Australian Open or other Grand Slams are good. The objective of my preparation is now to get myself there.”

Who is Dominic Thiem’s girlfriend?

Kristina Mladenovic and Thiem were in a relationship for about two years. The Austrian made it official during the ATP Nitto Finals in 2017 in London, where the French tennis player sat in Thiem’s box during all his matches. The couple then went public about their love on social media. But they split up towards the end of 2019.

Thiem talked about their break-up in February 2020, during a press conference. “Being in a relationship implies commitment, time and focus. For now, I am not looking for a partner, even if I am not closing any doors. I am sure that in the future, you will see a girl in my box to cheer me up.”

More recently it has been reported that Thiem is dating contortionist and skater Lili Paul Roncalli. Roncalli, from Germany,  won the Let’s Dance reality show in May 2020.

Who is Dominic Thiem’s coach?

Thiem has been coached by Chile’s Nicolas Massu since February 2019, whilst his father Wolfgang remained part of his staff. Massu, a former ATP world No 9 and the 2004 Olympic singles champion in Athens, replaced Günter Bresnik.

Bresnik officially  began his collaboration with Thiem in 2002, even though they had known each other since 1997, when Thiem’s parents came to Vienna to work in Bresnik’s international tennis academy. Bresnik also coached Boris Becker, Henri Leconte, Patrick McEnroe and Ernests Gulbis. A former coach of the Austrian Davis Cup team and Austrian tennis Federation director, he is known for his unusual methods. Spain’s Galo Blanco was part of Thiem’s staff during the 2018 season.

In January 2020, Thiem announced he had committed to a 20-week collaboration with Thomas Muster, the 1995 French Open winner and only world No. 1 in Austria’s history, who would work as an adviser for Thiem. Muster also was the captain of the Austrian team during the 2020 ATP Cup. But the pair split just two weeks after Thiem’s announcement.

“We ended our working relationship, explained Thiem at the time. “It did not fit. It’s easy like that. It is just about work. We get along well personally and we said in the beginning. If anything is not all right, we will tell each other.”

His fitness coach is Duglas Cordero and his physiotherapist is Alex Stober.

Who is Dominic Thiem’s father?

Dominic Thiem’s father is Wolfgang Thiem, a tennis coach. He works as a coach for fellow Austrians Dennis Novak and Sebastian Ofner on tour. He is also part of his son’s team and has followed him to tournaments, alongside Nicolas Massu, since the second half of the 2019 season.

Dominic Thiem’s mother, Karin, is also a tennis coach. She started a tradition after his 2019 Indian Wells title by getting a tattoo each time her son wins a trophy. His brother Moritz, born in 1999, is a pro tennis player, but hasn’t reached the top 1000 yet.

When did Dominic Thiem turn pro?

Thiem, who idolised fellow Austrians Stefan Koubek and Jurgen Melzer, was a junior star. He was the world No 2 in the ITF ranking (singles and doubles combined) in January 2011. He was a runner-up at the 2011 French Open boys’ tournament (lost in the final against Bjorn Fratangelo).

Thiem then won the Orange Bowl, one of the five “Grade A” tournaments on the junior tour. He started his pro career that same year, receiving wildcards at Kitzbühel, Bangkok and Vienna. Fittingly, he claimed his first professional win in Vienna against then 44-year-old Austrian legend Thomas Muster.

Thiem’s career is managed by Herwig Straka from the Emotion Group. The agency is under contract with other personalities from tennis (Tommy Haas, Thomas Muster, Anastasija Sevastova) and from sports in general (Thomas Vanek, Mirna Jukic). Emotion Group also organizes ATP tournaments in Stuttgart, Vienna and Mallorca, as well as the WTA event in Berlin.

What is Dominic Thiem’s net worth?

Thiem has earned more than $29 million from prize money throughout his career. He also has endorsements from sponsoring contacts with Adidas (clothing), Babolat (racquet), Bank of Austria, Rolex and Kia.