Home > Our features > Lists > March 31, 1997: The day Martina Hingis became the youngest world No 1 in history

March 31, 1997: The day Martina Hingis became the youngest world No 1 in history

Every day, Tennis Majors takes you back to the biggest moments in tennis history. On March 31, 1997, Martina Hingis became the youngest women’s world No 1 in history. 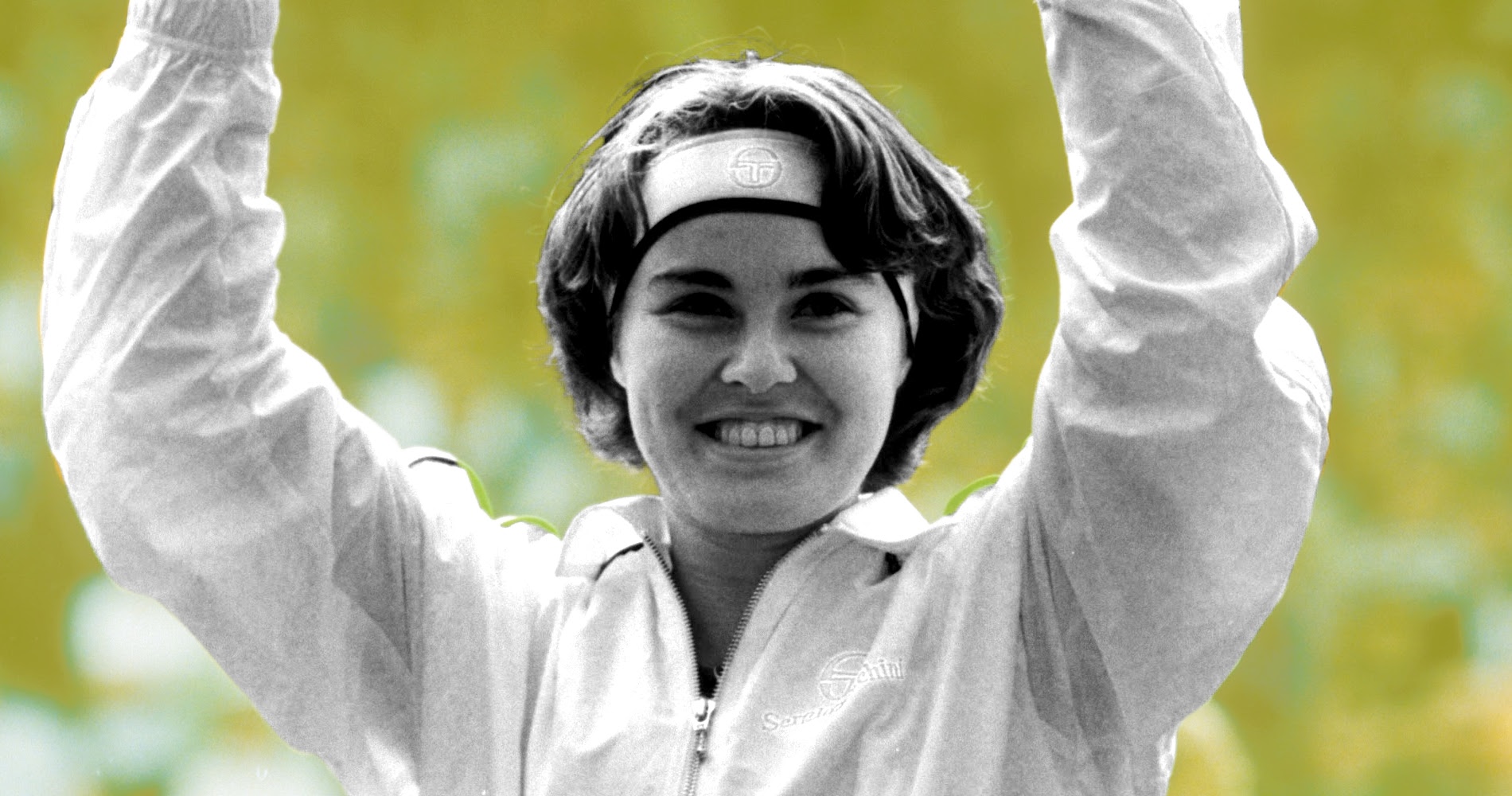 On this day, March 31, 1997, Martina Hingis, who had triumphed at the Miami Open the day before, became the youngest world No 1 in tennis history, at the age of 16 years and 152 days. The “Swiss Miss”, who had started the season as world No 6, had claimed her first Grand Slam title in Australia in January and she remained undefeated until this point in 1997. She would sit on the top spot for 80 consecutive weeks at the time, and for a total of 209 weeks throughout her career.

Martina Hingis was born in September 1980, and her mother Melanie Molitor named her after tennis champion Martina Navratilova. Taught by her mum, she soon became a real prodigy, winning the junior event at Roland-Garros at the age of 12. She started competing on the WTA Tour at the age of 14, but was allowed to play only 15 tournaments before the age of 16, a rule she loudly protested against. Her game relied on her extraordinary hand-eye coordination, great tactics, amazing touch, and great anticipation. In her early career, she was still said to lack power and a decent second serve. After becoming the youngest player to ever win a match at the Australian Open in 1995, she broke through in 1996.

After defeating the undisputed world No 1 Steffi Graf, at the Italian Open in May, Hingis reached the semi-finals at the US Open, where Graf beat her 7-5, 6-3, and she finished runner-up at the season-ending WTA Championships (defeated by Graf, this time in five sets, 6-3, 4-6, 6-0, 4-6, 6-0). Three months after her 16th birthday, she was already the 6th ranked player in the world, but she took her career to a whole new level in 1997. After winning her first title of the season in Sydney (defeating Jennifer Capriati in the final, 6-1, 5-7, 6-1), she won her first Grand Slam tournament at the Australian Open, without dropping a single set (defeating Mary Pierce in the final, 6-2, 6-2). She was the youngest Grand Slam champion in the Open era. In the following weeks, she was the most dominant player on the Tour, adding two other titles to her list of achievements, and after Steffi Graf withdrew from the Miami Open, she was assured of reaching the world No 1 spot once the tournament was over.

The Miami Tennis Open, originally named the Lipton International Players Championship, was held for the first time in 1985, in Delray Beach, with the idea of being the first big tennis event of the year (at the time, the Australian Open was held in December). The tournament moved to Key Biscayne in 1987. The event was played on slow hard courts, in extreme heat and humidity. Nonetheless, with outstanding prize money and a 96-player draw, it was considered the biggest tennis tournament in the world outside of Grand Slams, and the defending champion was the long-time world No 1 Steffi Graf.

When the Miami Open began, 16-year-old Martina Hingis already knew that no matter her result, she would become world No 1 at the end of the tournament as Steffi Graf, the current world No 1 and defending champion, had withdrawn from the event and couldn’t defend her points. The teenager, the youngest player to ever reach the pinnacle of her sport, had heavily dominated the first three months of the season: on top of her first Grand Slam triumph in Melbourne, she won the tournaments in Sydney, Tokyo and Paris, without suffering a single loss. She amazed the tennis world with her game as well as her personality, and overflowing confidence that many considered as arrogance.

Hingis made her way into the Miami final, where she destroyed Monica Seles, who ironically, had been the youngest world No 1 in tennis history until that day, 6-2, 6-1. The teenager said she felt a responsibility to become world No 1 in style.

“I am unbeatable in this year right now,” she said. ‘It’s a big motivation for me not to lose. Everybody’s kind of waiting, saying, ‘When’s she going to lose her first match?’ I just try not to lose any of them.”

To achieve this 26-win streak, the Swiss Miss mostly relied on what Robin Finn, from The New York Times, called “an uncanny sixth sense on the court, where she exhibits the precognition of a fortune teller and the steady nerve of a surgeon”. In times where power seemed to be taking over, the rise of such a player was all totally unexpected. “If I get to the ball, I can use the power from their points, and then I try to hit it even faster than they do,” Hingis explained.

Jana Novotna, the world No 4, who lost to the new No 1 in the Miami semi-finals (6-3, 2-6, 6-4), was also astonished by Hingis’ sense of the game. “She goes into a match knowing exactly what to expect: it seems like she can read everybody’s game,” Novotna said. “She’s not that big, not that fast, not hitting that hard, but it seems like she knows where the ball’s going to be, and she’s already there.”

However, Hingis didn’t look overwhelmed by any form of pressure related to her new status: “Everyone is expecting you to beat every player in the world right now,” she said. “But if you don’t make it, it doesn’t matter. In tennis, you have so many chances. When you don’t play well in one tournament, the next week it’s another one.”

Martina Hingis would have to skip most of the clay-court season due to an injury caused by a fall from a horse. She would not be able to play a single tournament on red clay before Roland-Garros, where she would nevertheless reach the final, defeated by Iva Majoli (6-4, 6-2) much to the astonishment of many. In the following months, she would increase her hold on the WTA Tour, triumphing at Wimbledon (beating Novotna in the final, 2-6, 6-3, 6-3), the US Open (defeating Venus Williams in the final, 6-0, 6-4) and at the 1998 Australian Open (defeating Conchita Martinez, 6-3, 6-3). However, struggling to contain the power of the rising generation of players, including the Williams sisters, she would only claim one more major crown, at the Australian Open, in 1999. However, Hingis would finish runner-up in no less than six other Grand Slam tournaments. She would appear at the top of the WTA rankings for the last time on October 14, 2001, having occupied the spot for a total of 209 weeks. After a heartbreaking loss to Jennifer Capriati in the final of the 2002 Australian Open, bothered by a foot injury, she would announce her retirement in February 2003.

Hingis would be back on the Tour in 2006, but she would never go past the quarter-finals of a Grand Slam tournament in singles. In 2007, Hingis tested positive for benzoylecgonine (a metabolite of cocaine) at Wimbledon and was suspended at the end of the year. She would then come back a last time in the 2010s, in doubles, claiming four additional Grand Slam women’s doubles and six Grand Slam mixed doubles titles. She would retire once and for all in 2017.