May 16, 2009: The day Nadal and Djokovic played the longest three-set match in ATP Masters 1000 history

Each day, Tennis Majors takes you back in time to relive a tennis event which happened on this specific day. On this day in 2009, Rafael Nadal and Novak Djokovic played the longest three-set match in ATP Masters 1000 history in the semifinals of the Madrid Masters 1000 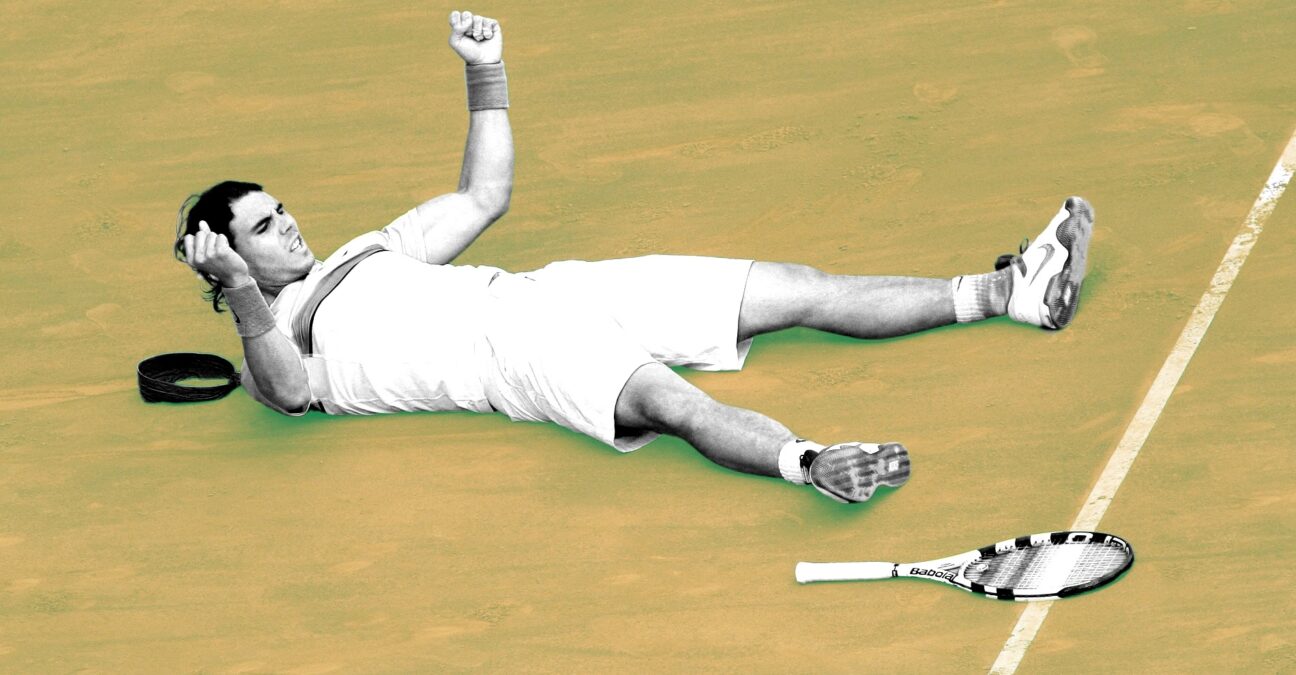 On this day, May 16, 2009, in the semi-finals of the Madrid Masters 1000, Rafael Nadal and Novak Djokovic played the longest three-set match in ATP Masters 1000 history. After four hours and three minutes of play, and after he saved three match points, the King of Clay, who had only lost three times on red dirt in the last four years, prevailed once again (3-6, 7-6, 7-6 (9)). Although it was already the 18th encounter between the two men, it was the first epic combat of their rivalry, which would peak three years later at the 2012 Australian Open.

Nadal – the undisputed King of Clay

In May 2009, Nadal was a few weeks away from his 23rd birthday, and he was the undisputed world No 1. In his early years, he had mainly dominated the clay-court game: not only had he won the last four editions of Roland-Garros and claimed 10 Masters 1000 titles, but he had also achieved a record 81-win streak between 2005 and 2007. However, the left-hander from Manacor had constantly improved his game on fast surfaces, and, after having finished runner-up twice to Roger Federer at Wimbledon (in 2006 and 2007), he finally triumphed at the All England Club in 2008, defeating the Swiss in one of the greatest tennis matches of all-time (6-4, 6-4, 6-7, 6-7, 9-7).

Djokovic – the pretender to the throne waiting for his opportunity

However, a disappointing second-round loss at Wimbledon, where Nadal triumphed, destroyed his hope of becoming No 1, and, despite winning the Masters Cup for the first time (defeating Nikolay Davydenko in the final,  6-1, 7-5), Djokovic finished the season as world No 3, a few points behind Federer. In the first months of 2009, Djokovic appeared to be struggling with his serve, and after having lost his Australian Open title, he saw his rival Andy Murray getting closer to him every week, until, despite the Serbian’s good results on clay, the Scot overtook him on the ATP rankings on May 11.

The city of Madrid hosted a Masters 1000 tournament since 2002. However, until 2008, the event was held in October on indoor courts, at the Madrid Arena. In 2009, the ATP calendar was changed, and the Madrid Open was moved to spring, taking the spot previously held by the Hamburg Open in the Masters 1000 category. It was now played on clay at the Caja Magica, a brand-new complex built for the occasion, displaying three courts with a retractable roof. The location was also in altitude (700m), which impacted the game, making the balls travel faster as well as bounce higher, and thus harder to control.

In 2009, Nadal was dominant in his rivalry with Djokovic, having won 13 of their 17 encounters. On clay, it was even hard to talk about a rivalry, as the Spaniard had never been defeated by the Serb, and Nadal had just defeated him in the final at both Monte-Carlo (6-3, 2-6, 6-1) and Rome (7-6, 6-2). However, since his first encounter with Nadal, at Roland-Garros in 2006, Djokovic had always believed he had the weapons to defeat the King of Clay on his favourite surface, so when he faced the Bull of Manacor in the Madrid semi-finals, he was determined to win.

The Serbian got off to the best possible start, taking the first 6-3 against a tentative Nadal. In the second set, Djokovic continued to play at a very high level, and when he obtained break points at 4-4 in the second set, it seemed that he was on his way to become only the fourth player to defeat Nadal on clay since 2005 (along with Igor Andreev, Juan Carlos Ferrero and Roger Federer). However, the Spaniard managed to survive, and finally won the second set (7-6).

Tension peaked in a mind-blowing third set, where Djokovic took a 3-1 lead, only to see his opponent claw his way back once again. It was fitting that such an epic match had to end in a deciding set tie-break, where the Serbian obtained three match points, at 6-5, 7-6 and 9-8, but in the end, it was Nadal who prevailed, 11-9, after four hours and three minutes of play, the longest three-set match ever witnessed in a Masters 1000 event. Despite his 37 winners, and despite having won more points than his opponent, Djokovic had still failed to defeat the Bull of Manacor on clay, and he was extremely disappointed with the outcome, as reported by ATPtour.com.

“It’s very disappointing to play as well as I have and still lose the match. I played one of my best matches ever… I even played a few points above my limits and I still didn’t win.”

On the other hand, it was a relieved Nadal who appeared at the press conference, although he wasn’t happy about his level in the first set.

“In a game like that with so many match points I think you need luck to win, there’s no doubt about it, but I played with great courage and I think everything went well for me. I played the first set poorly, and it looked very bleak for me. But I think that little by little, I was able to get my rhythm and ended up playing well.”

Despite his great relief, Nadal’s tournament wasn’t over yet: Roger Federer now waited for him in the final.

On the following day, an exhausted Nadal, calling the physio several times, would be defeated for the second and final time by Federer on red dirt (6-4, 6-4). A few weeks later, the impossible would eventually happen: Nadal would be defeated (6-2, 6-7, 6-4 ,7-6) in the round of 16 at Roland-Garros by Robin Soderling, whom he had outplayed just a few weeks before, 6-1, 6-0.

The Spaniard’s season would be ruined by a knee injury: unable to compete at Wimbledon, where he was the defending champion, he would lose his world No 1 spot in July, and he wouldn’t win another tournament until the 2010 Monte-Carlo Masters.

As for Djokovic, he would face several disappointments in 2009 and 2010, before finally becoming world No 1 in 2011, completing one of the greatest seasons in tennis history.

Even though these two great players would face each 56 other times, including numerous Grand Slam finals, their 2009 Madrid Open clash would remain one of their most memorable encounters.