Every day, Tennis Majors looks back at the biggest moments in tennis history. On this day in 2003, Andy Roddick and Younes El Aynaoui played a record-breaking deciding set which lasted for two hours and 23 minutes 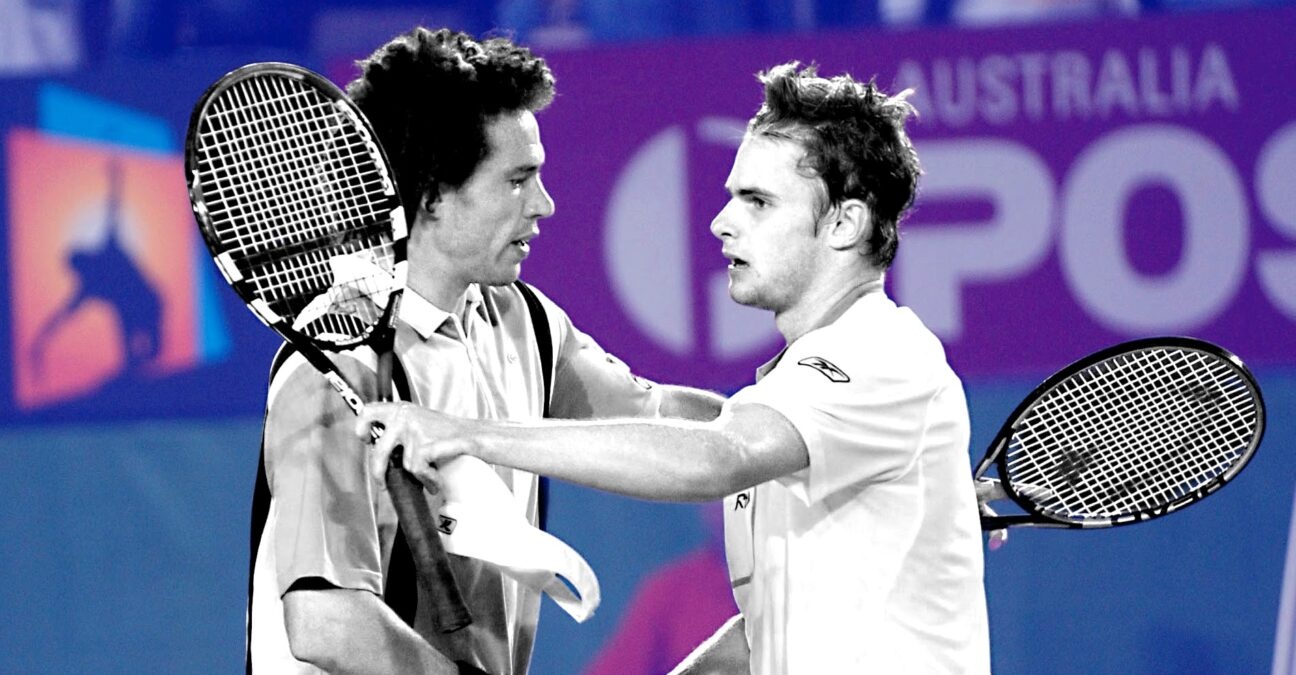 On this day, January 22, 2003, in the Australian Open quarter-finals, Andy Roddick and Younes El Aynaoui played an epic marathon that is still remembered as one of the greatest matches in the tournament’s history. The brash young American prevailed in five sets (4-6, 7-6, 4-6, 6-4, 21-19), after winning what was then the longest fifth set in a Grand Slam tournament in terms of time (two hours and 23 minutes), and in games (40).

Andy Roddick, from the United States, was born in 1982. He had his breakthrough year in 2001 at the age of 19, when he claimed his first three titles on the tour, reached his first Grand Slam quarter-final at the US Open (lost to Lleyton Hewitt, 6-7, 6-3, 6-4, 3-6, 6-4) and finished the season as world No 14. His biggest weapon was undoubtedly his massive serve: that year, he set a record at Roland-Garros during his five-set win against Michael Chang, serving 37 aces.

He also had a powerful forehand and displayed great athleticism and fighting spirit on court. In 2002, Roddick confirmed his new status, winning two more titles (the biggest one in Memphis, defeating James Blake in the final, 6-4, 3-6, 7-5), and finishing runner-up in Toronto (defeated by Guillermo Canas, 6-4, 7-5). He finished the year as world No 10.

Younes El Aynaoui, born in 1971, was part of a Moroccan golden generation, along with Hicham Arazi and Karim Alami. El Aynaoui broke into the top 100 for the first time in 1996, a year when he reached three ATP finals, in Doha, Jakarta and Amsterdam, but a serious ankle injury plagued the rest of his season as well as the following one.

The event was held on grass at the Kooyong Stadium in a posh eastern suburb of Melbourne. Its position in the tennis calendar had changed several times as well, between early December and January, going from being the first Grand Slam of the year to the last. Until 1982, several of the top players skipped the Australian Open, mainly because of the remote location and low prize money, but then, with the triumph of Mats Wilander, the dynamic began to change.

The tournament’s board made big efforts to present the event as prestigious as the other Grand Slams, which to an eventual migration to its current location at Flinders Park (now known as Melbourne Park) in 1988, and a switch from grass to hard courts. There was also the unveiling of the first-ever Center Court equipped with a retractable roof – the legendary Rod Laver Arena. Prize money increased as well and it wasn’t long before the tournament became the favourite Grand Slam for many players, and it was christened “The Happy Slam,” an ode to the refreshing vitality and sense of rebirth that the event represented at the beginning of each year.

The facts: Roddick saves a match point to win in five sets

At the 2003 Australian Open, having Younes El Aynaoui facing the rising star Andy Roddick in the quarter-finals was a disappointment for the local crowd, who expected a clash between Roddick and the local favourite and world No 1 Lleyton Hewitt. However, El Aynaoui defeated Hewitt in the fourth round, 6-7, 7-6, 7-6, 6-4, to reach the quarter-finals of a Grand Slam tournament for the third time of his career.

The disappointment was soon replaced by enthusiasm, as both players delivered a great performance and needed a memorable fifth set to decide the winner. This deciding set lasted two hours and 23 minutes, almost as long as the previous four sets! Although El Aynaoui earned a match point at 5-4, it was Roddick who finally prevailed 21-19, sealing the longest set in Open Era history in time and games till that point.

“Strategy was out the door late on in the fifth set,” Roddick said, according to the BBC. “I think it was just pure fighting. This was more about heart.”

“Even if I have lost, I am happy. I came very close to winning this match,” El Ayanoui commented, according to L’Équipe. “I faced a tough opponent who hit a great shot on the only match point I could get. I think people realised that I could play at a good level. What’s that going to change? For one thing, maybe I won’t be mistaken for James Blake anymore.”

At the end of this epic match, the players embraced over the net. They took a deep bow and left the court together, knowing that they had made history.

What next? The record for longest set is shattered seven years later

Andy Roddick, who had already survived a five-set combat against Mikhail Youzhny in the previous round, would be defeated by Rainer Schuettler in the semi-finals (7-5, 2-6, 6-3, 6-3).

2003 would remain “A-Rod’s” peak year, during which he would claim his first and only Grand Slam title in September, defeating Juan Carlos Ferrero in the US Open final (6-3, 7-6, 6-3). He would then become world No 1 in November. The American would remain on top of the world rankings for 13 weeks before Roger Federer became world No 1 for a record 237 consecutive weeks. 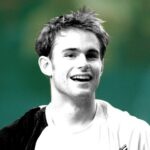 Roddick would reach four more Grand Slam finals in the following years but would be defeated each time by Federer, three times at Wimbledon (2004, 2005, 2009), and once at the US Open (2006). The American would retire at the 2012 US Open, playing his final match against another US Open champion, Juan Martin del Potro.

Younes El Aynaoui would achieve his highest ranking, world No 14, a few weeks after the Australian Open. At the US Open, he would reach the quarter-finals for the final time in a major event (defeated by David Nalbandian, 7-6, 6-2, 3-6, 7-5). His career was then derailed by a foot injury. He played through 2008, then sporadically, and contested his final match as a 45-year-old at an ITF event in 2017.

Their legendary Australian Open clash would remain the only encounter between the two men. The records set by their fifth set would all be broken at Wimbledon in 2010, when John Isner would defeat Nicolas Mahut 70-68 in an eight-hour fifth set. 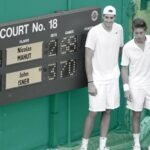