Tennis Majors > Our features > On this day > May 14, 2006: The longest match of Nadal and Federer’s amazing rivalry

May 14, 2006: The longest match of Nadal and Federer’s amazing rivalry

Each day, Tennis Majors takes you back in time to relive a tennis event that happened on this specific day. On May 14, 2006, two of the greatest of all time played out the longest match in their rivalry on the Roman clay. Find out how it unfolded 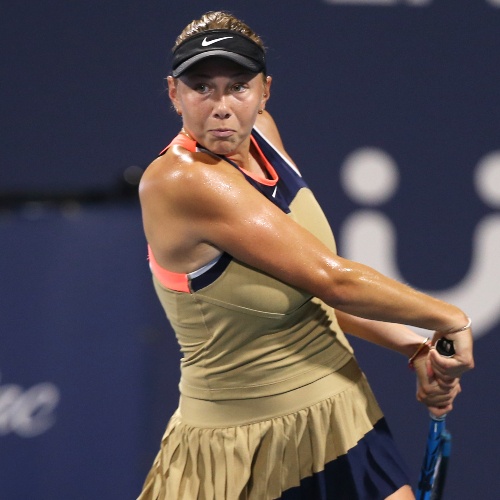 On this day, May 14, 2006, Rafael Nadal and Roger Federer played the longest match of their famous rivalry, in the final of the Italian Open. Although the Swiss led 4-1 in the last set and obtained two match points, it was once again the Spaniard who prevailed, after five hours and five minutes of breathtaking tennis (6-7, 7-6, 6-4, 2-6, 7-6). Thanks to this fourth consecutive win against the world No 1, Nadal equalled Guillermo Vilas’s streak of 53 clay-court wins.

Now No 3 in the world,  he did not achieve any remarkable results on grass, and after Wimbledon, he stayed in Europe to attend and win two clay court tournaments. In August, Nadal clinched his first title on hard courts. In the final of the Montreal Masters 1000, he defeated Andre Agassi, 35 years old and still world No 7, in a clash of generations (6-3, 4-6, 6-2). This was a milestone for Nadal, proving to the world of tennis that he could triumph in important events on another surface than clay. After a disappointing loss against James Blake in the US Open third round (6-4, 4-6, 6-3, 6-1), he triumphed at the Madrid Open, defeating Ivan Ljubicic in the final (3-6, 2-6, 6-3, 6-4, 7-6). A career-threatening foot injury then forced him to put an end to his season, and he didn’t appear on the Tour until Marseille, in February 2006, and it wasn’t long before he came back to his best level, defeating Federer in the finals of the Dubai Championships (2-6, 6-4, 6-4). 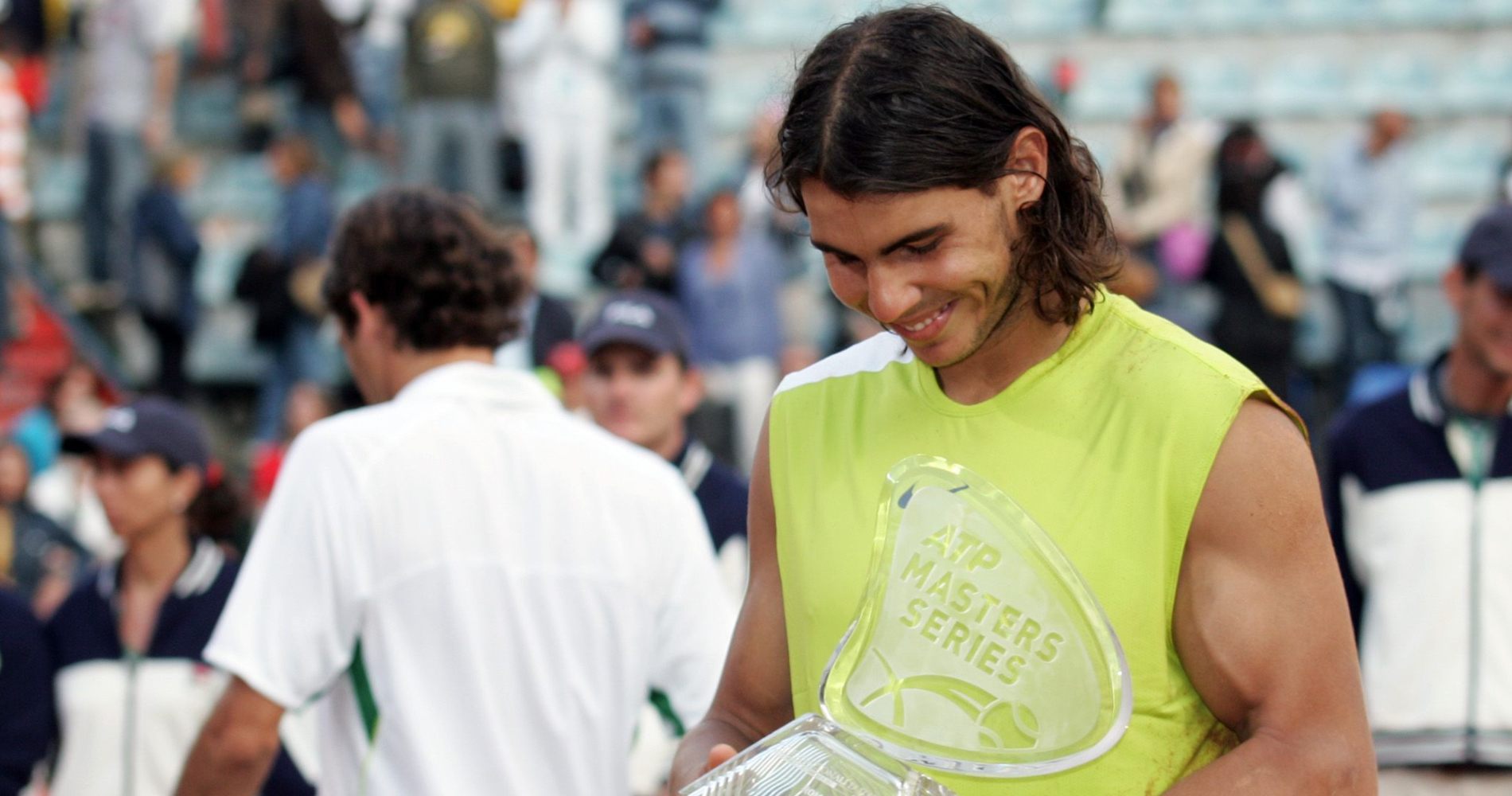 Roger Federer was born in 1981. After he finished 1998 as world No 1 in juniors,  Federer performed well in his first professional matches: in his five first main tour appearances, in 1998 and 1999, he reached the quarter-finals three times, in Toulouse, Marseille and Rotterdam. His mind-blowing game amazed the world tennis and soon he was pinpointed as a future world No 1. The Swiss, very emotional during his first years on the tour, eventually mastered his nerves in 2003, when he claimed his first major title at Wimbledon (defeating Mark Philippoussis in the final, 7-6, 6-2, 7-6).

The Italian Open had been held in Rome since 1930, at the Foro Italico, a massive sporting complex originally designed to support an Italian bid to host the 1940 Olympics. One of the Masters 1000 events, it is still one of the most prestigious clay-court tournaments in the world. Almost all the best players in history have set foot on the courts of the famous Stadio del Tennis di Roma venue. 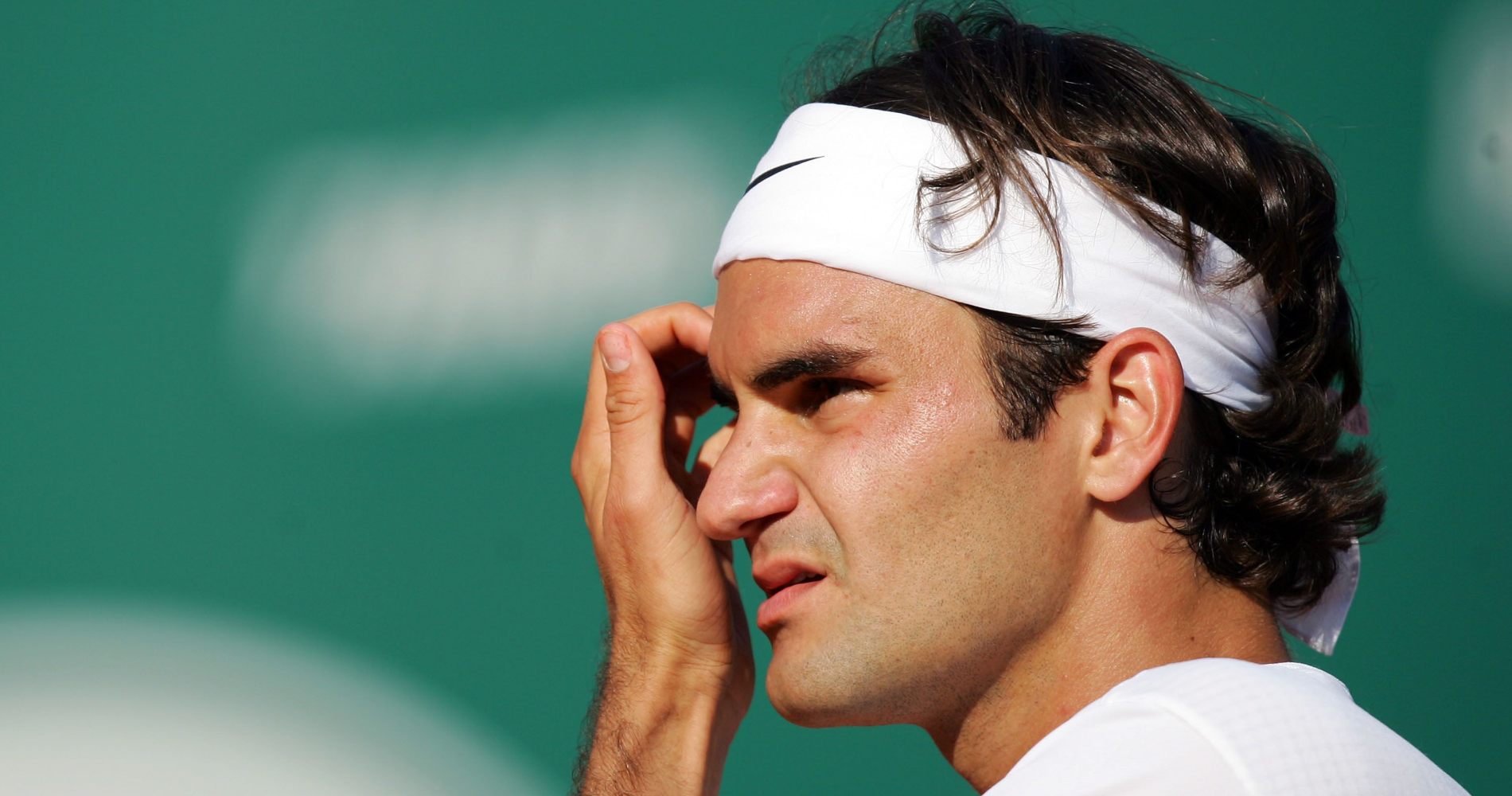 In May 2006, Roger Federer and Rafael Nadal had faced each other only five times, but their rivalry was already the most exciting thing on the Tour since Sampras and Agassi. They were the perfect opposites: while Federer had a classic technique and played tennis in a collar with a gentleman’s attitude, Nadal wore colourful sleeveless tops and, displaying a trademark forehand lasso finish, never missed an opportunity to root for himself. On top of that, in the last twelve months, the Spanish lefty had been the only real rival for the Swiss, leading 4-1 in their encounters, while the Swiss dominated the rest of the pack outrageously. Federer was still chasing the Roland-Garros crown, and the rise of Nadal suddenly made it a much more difficult challenge.

The Spaniard had already ruined Federer’s hopes in the Roland-Garros semi-finals in 2005, and in 2006, he showed once again in the Monte-Carlo final that the Swiss would need to pull out an extraordinary performance to defeat him on clay. Federer knew that, and in Rome, facing his new nemesis in the final once again, he was determined to rise to the occasion. He had learned from his previous losses, and he played a more aggressive game than before. Taking to the net no less than 18 times, he won the first set (7-6), and for the first time in three clay-court clashes, he seemed to be in a position to win the match. His opponent, however, didn’t intend to surrender without a fight, and, although it didn’t seem possible, he increased the intensity, putting even more spin and dictating the game with his amazing forehand. While Nadal was dominating the second and third set, a brief moment of tension happened, when Federer ironically asked Toni Nadal if he was doing OK, meaning that he could see him coaching his nephew between the points.

The incident didn’t seem to break the world No 1’s concentration. Speeding up the pace, he won the fourth set, 6-2, and when he took a 4-1 lead in the last set, the spectators though they were going to witness Federer’s first clay-court win against Nadal. However, leading 4-1 and beating the Spaniard were two different things, as the Swiss found out the hard way. The left-hander crawled his way back, saving two match points on his serve at 6-5, and then, after trailing 5-3 in the tie-break, winning the four last points to prevail 7-5 after five hours and five minutes of play. Despite Federer’s fantastic performance, Nadal remained the champion in Rome.

“I had a couple of match points, I pulled the trigger too early,” Federer said, according to tennis.com. “I definitely played some of the best attacking tennis on clay that I could play. But he defends so well and makes you doubt.”

Although the two great players would have many other dramatic clashes, the 2006 Rome final would remain the longest of their 40 encounters.

“We played against each other on many occasions in a short period of time. It was a time when we met each other a lot in finals and Rome was one of the best, alongside the 2008 Wimbledon final,” Federer would tell the ATPWorldTour.com in 2016.