May 25, 1983: The day Graf became the youngest player to become a Grand Slam match

On May 25, 1983, 13-year-old Steffi Graf became the youngest player in tennis history to win a match in a Grand Slam tournament. 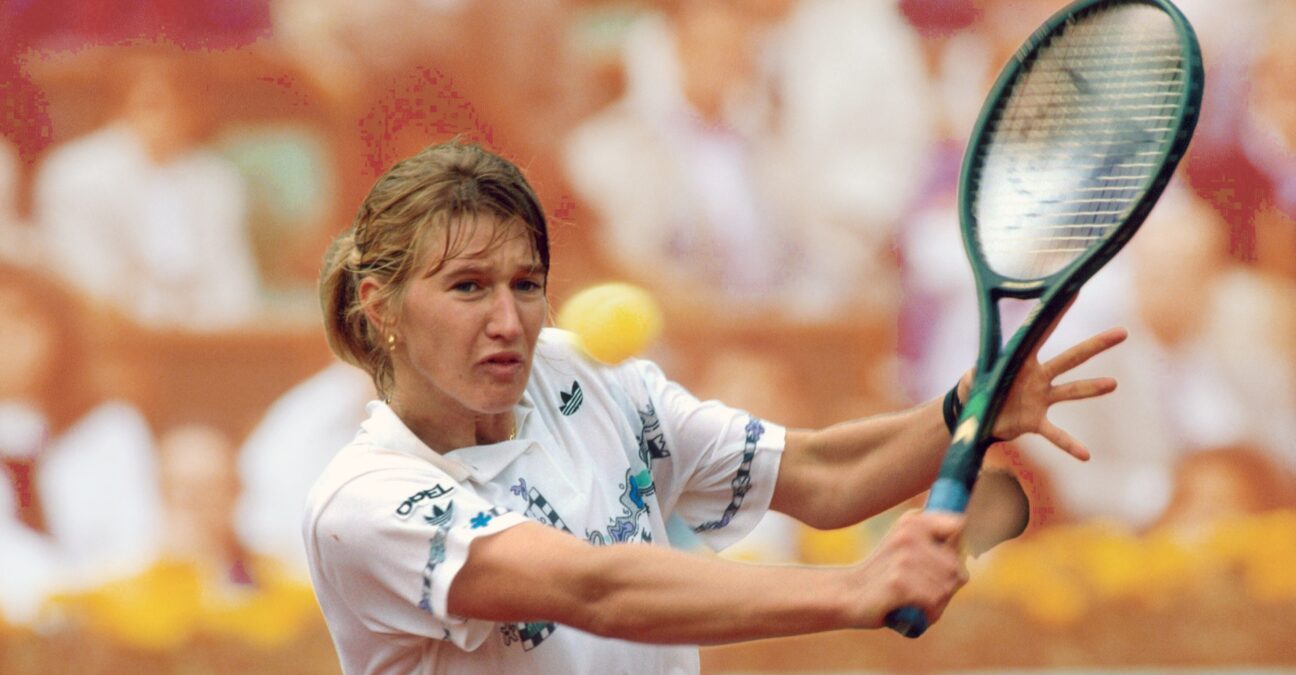 On May 25, 1983, 13-year-old Steffi Graf became the youngest player in tennis history to win a match in a Grand Slam tournament. The young German, aged exactly 13 years, 11 months and 10 days, defeated Carina Karlsson (6-4, 6-1) in the Roland-Garros first round, a tournament which she would win six times throughout her great career.

In May 1983, Steffi Graf, from Germany, had not even turned 14, but she was already a professional tennis player. Coached by her father, she started playing at the age of 3, and in 1982, at the age of 12, she won the European Championships in the U18 category. At the end of that season, having turned 13, she became the youngest girl to ever get a WTA ranking, and she turned pro in October that year. In the first professional event she attended, she faced former world No 1 Tracy Austin, who defeated her (6-4, 6-0) and claimed that she didn’t understand the hype around the young German as there were “hundreds” of players like her in the United States. However, this comment didn’t prevent Graf from improving, winning several matches in the first months of 1983, and climbing as high as world No 195, a ranking which enabled her to enter the Roland-Garros qualification draw.

Karina Carlsson was a Swedish player born in 1963. A young player on the rise, she had not achieved any significant results at the time, and before the 1983 French Open, she had never qualified for the main draw of a Grand Slam tournament.

Roland-Garros, located in the west of Paris at the edge of the Bois de Boulogne forest, had been hosting the French Grand Slam since 1928. However, the French Championships on clay courts had been held since 1871 at the Racing Club de France, and it was only when France was to host the Davis Cup Challenge Round that the Roland-Garros venue was built. It was the first and now the only Grand Slam to be played on clay, the slowest surface, which made it the hardest tournament to win from a physical perspective.

The story: Graf, qualified for Roland-Garros before her 14th birthday

In 1983, during the first days of the French Open, one of the main attractions of the tournament was a young German teenager named Steffi Graf. She was not 14 yet, and she looked so young that, during the qualifications, she was mistaken for a ball girl by more than one spectator. However, she had entered the draw thanks to her ranking (she was already world No 195 at the time), and she did much more than picking up the balls. Showing her great tennis skills, but also her fighting spirit, she made her way out of the qualification draw, winning two out of her three matches in three sets, including the last one, where she defeated Amanda Tobin-Evans, from Australia (6-2, 3-6, 6-1).

It was Graf’s first appearance in a Grand Slam main draw, and she had a bit of luck, as she faced another qualifier, Carina Karlsson, from Sweden. Relying on what would become her most famous features, a great footwork and a massive forehand, she was everything but overwhelmed by the occasion, and she prevailed in straight sets (6-4, 6-1). Never in tennis history had such a young player managed to score a win in a major tournament.

The record she set in 1983 would remain unbeaten, and it will probably remain untouchable, as the rules set in the late 1990s to protect young players prevent girls under 14 from competing on the professional Tour.

Although she would never climb higher than world No 83, in 1987, Carina Karlsson would achieve, in 1984, the feat of reaching the Wimbledon quarter-finals as a qualifier, only defeated by Chris Evert (6-2, 6-2).