May 3 1999 : The day Yevgeny Kafelnikov surprisingly became world No 1

Every day, Tennis Majors takes you back in time to relive a tennis event which happened on this specific day. On May 3, 1999, Yevgeny Kafelnikov, aged 25, became the first Russian to become world No 1 in tennis history 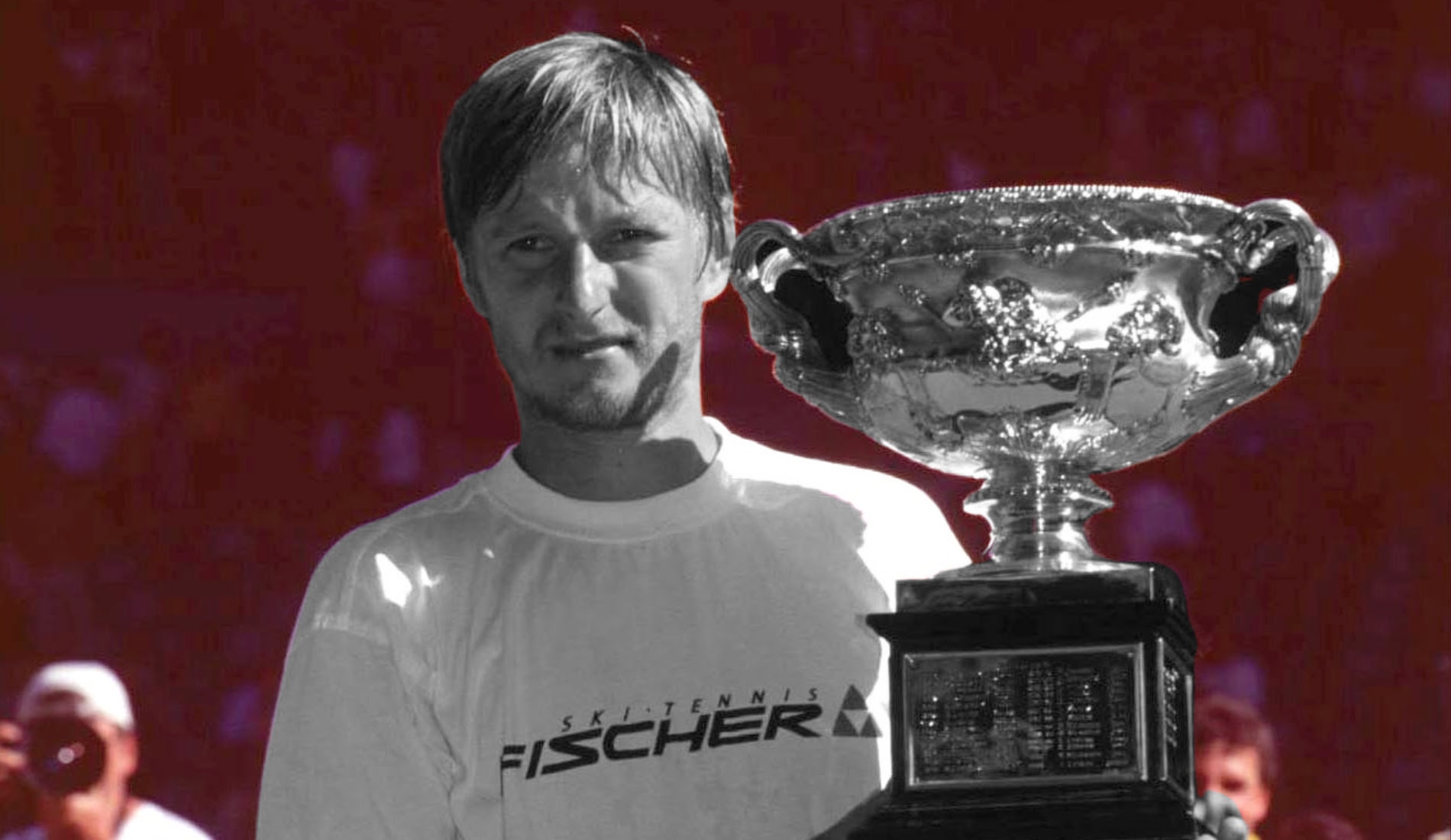 On May 3, 1999, Yevgeny Kafelnikov, aged 25, became the first Russian to become world No 1 in tennis history, knocking over American Pete Sampras. It was a big surprise for the general public, who did not necessarily understand how the ATP ranking system worked, as “Kalashnikov” was going through one of the lowest moments of his career after losing seven matches in a row.

Yevgeny Kafelnikov was born in 1974 in Sochi (USSR, now in Russia), on the Black Sea coast. He turned pro in 1992 and made a big breakthrough in 1994, reaching the semi-final in Monte-Carlo. He gained the nickname “the Stakhanovist”, as he was playing a lot more than most of the top players : he played over 100 singles matches in a season three times during his career, while often competing in doubles. It also described him well as a tennis player, as he said in his speech at his Hall of Fame introduction in 2019 :

“I was not even close to being as gifted as John McEnroe or Roger Federer or even Marat Safin, or Marcelo Rios or Nick Kyrgios, I was never that gifted. But I was a really hard worker.” 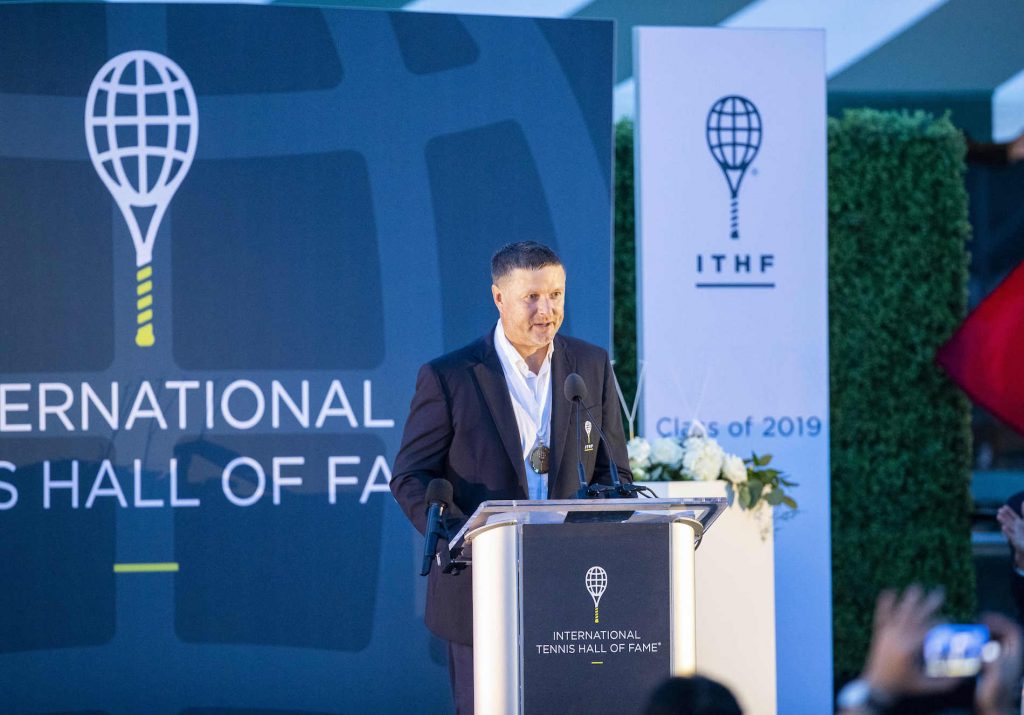 In 1996, Kafelnikov became the first Russian to win a major title at Roland-Garros, defeating Michael Stich, from Germany, in the final (7-6, 7-5, 7-6). That year, he also won the doubles event at Roland-Garros, alongside Daniel Vacek from Czechoslovakia, beating Guy Forget and Jakob Hlasek (6-2, 6-3), making him the first male player to score a major singles-doubles double since Ken Rosewall at the 1972 Australian Open, and the first at the French since Rosewall in 1968.

On that day, Yevgeny Kafelnikov was in between two tournaments : he had just lost in Prague, and was expected to play in Rome the following week.

Kafelnikov becomes No 1 in peculiar circumstances

Kafelnikov had started 1999 ranked only No 11 in the world, and it was not expected that just several weeks later, he would contend for the No 1 ranking. The circumstances were peculiar indeed: the Russian triumphed at the Australian Open, in the absence of No 1 Pete Sampras and No 2 Marcelo Rios. Sampras, who had been dominating the tour since 1993, was exhausted after a marathon finish to the 1998 season where he ended the year as world No 1 for the sixth time in row, and played only four tournaments until May. There was no other real leader on the tour at that time, so three players contended for the top spot: Patrick Rafter (US Open champion in 1997 and 1998), Carlos Moya (Roland-Garros champion in 1998), and Yevgeny Kafelnikov (after he claimed the title at Melbourne Park). In March, Moya had been the first to get to the top,  for only two weeks. Interestingly, none of the contenders were in a good shape at the time and the situation evolved without much connection to their latest results, making it quite confusing for anyone without a fair understanding of how the ATP rankings were calculated.

And so it was that “Kafel” became world No 1 on May 3, although he had just lost in the first round in Prague against Richard Fromberg, ranked 72nd in the world (6-4, 2-6, 6-4). But not only did he lose in Prague, the Russian was actually on a losing streak of six first-round losses in a row, which started in Indian Wells against Gustavo Kuerten, and culminated in Monte-Carlo where he was defeated 6-1, 6-2 in only 44 minutes by world No 196 Croatian Ivan Ljubicic. Not exactly the results generally expected from a world No 1. 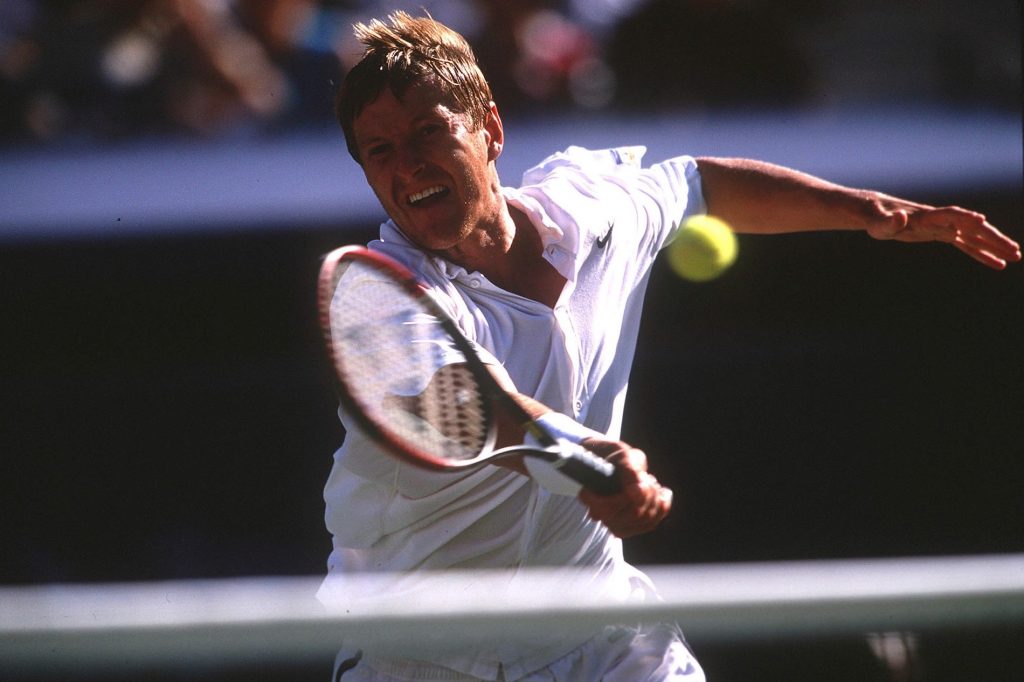 Despite the peculiar circumstances, it was a huge achievement for Kafelnikov, the first Russian player to ever sit on top of the ATP rankings. The next day, on May 4, he even received a message from Boris Yeltsin, president of the Russian Federation and a well-known tennis enthusiast:

“For the first time in the 122-year history of tennis, a Russian sportsman has become the world’s top player. The victory is a great achievement for our sport. As a person who plays tennis, I understand how difficult it is to achieve such a result.”.

“It was one of my main goals I wanted to accomplish during my career along with winning Grand Slam titles. Being No 1 was something special and was the pinnacle of my career,” Kafelnikov told the ATP tour website in 2013.

A second Grand Slam and an Olympic gold for the Russian

Although his losing streak would end in his following tournament in Rome, Kafelnikov did not perform very well during the six weeks in which he was ranked No 1. He lost in the second round at Roland-Garros against Dominik Hrbaty (6-4, 6-1, 6-4), in his only Grand Slam appearance as the top seed. Ironically enough, he would start performing better during the summer, after losing the top spot never to reclaim it, reaching the semi-finals at the US Open, defeated by Andre Agassi (1-6, 6-3, 6-3, 6-3). He would finish the season as world No 2.

Kafelnikov would win seven more titles by the end of his career, including the Olympic gold medal in Sydney. He would remain a top tennis player until 2002. That year, he would also be part of the Russian team that won the Davis Cup final against France.

His last appearance on the tour would be in 2003, at the St. Petersburg Open, where he lost in the second round to fellow Russian Mikhail Youzhny (6-2, 6-2). He then retired and pursued other passions, amongst which included playing golf and poker.