Each day, Tennis Majors takes you back to an important moment in tennis history. On November 10, 1997 Andre Agassi slumped to a career low 141. 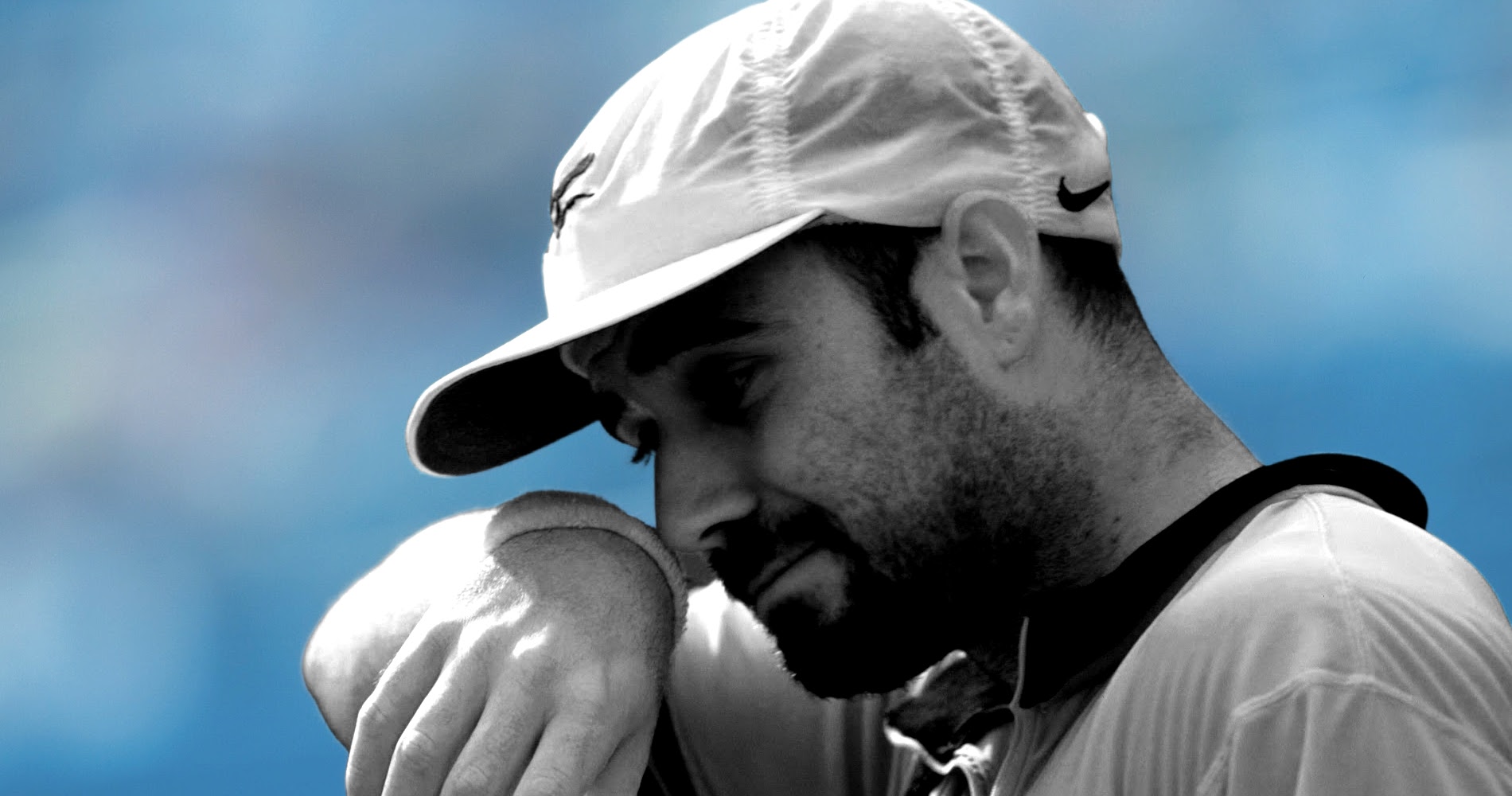 On this day, November 10, 1997, Andre Agassi, who was world No 1 eighteen months before, reached the lowest point of his career, slumping to 141st in the ATP rankings. Struggling with motivation, Agassi had attended only 13 tournaments, without ever reaching the final. Soon, the three-time Grand Slam champion would participate in Challenger events to rebuild his confidence and eventually climb back to the pinnacle of his sport.

Andre Agassi, the Las Vegas Kid, was a tennis legend. He had turned professional in 1986 and he has soon become one of tennis’ biggest superstars, thanks to his amazing tennis skills but also to his colourful outfits, including the iconic denim shorts and the pink bike shorts (worn as underlayer). Taught by his father and bred at the Nick Bollettieri Academy, his game relied on a great return (the best of his time) and on hitting the ball on the rise on both sides with incredible power, which was revolutionary at the time and then copied by generations of tennis players.

“My only good result in 1997 was marrying Brooke Shields.”

This is how Andre Agassi once summed up his catastrophic 1997 season. World No 1 in 1995 after a fantastic year, his 1996 season already looked pale in comparison, although he had still  claimed two Masters 1000 titles and a gold medal at the Olympics, in Atlanta. Seeing Agassi finishing 1996 as world No 8 was a disappointment for his fans, but the worst was yet to come.

At the start of 1997, the Las Vegas Kid seemed more interested in his marriage with Brooke Shields, scheduled in April, than by his career. He skipped the Australian Open as well as Roland-Garros. Overall, he only attended 13 tournaments, and won only 11 matches, his best result being a fourth round reached at the US Open (defeated by the future champion, Patrick Rafter, 6-3, 7-6, 4-6, 6-3).

What his fans didn’t know at the time was that Agassi wasn’t struggling only with his game. In his autobiography, Open, published in 2009, he would reveal that during the summer of 1997, he started taking crystal meth while his marriage was already sinking.  He would  admit that he was tested positive and lied to the ATP to avoid being banned, claiming that he accidentally drank soda from one of his assistant’s cups.

As unbelievable as it was, eighteen months after his last appearance at the top of the ATP rankings, on November 10, 1997, Andre Agassi was world No 141, his lowest ranking since…1986, when he was a sixteen year-old making his first steps on the tour.

Nonetheless, at that moment, Agassi had already taken matters into his own hands. He had been on the verge of retirement, but eventually, he decided to keep playing, and to fully commit. He started by three weeks of intensive training, losing 16 pounds in the process. On November 10, his ranking might have been his lowest in more than a decade, but the 1992 Wimbledon champion was fit and ready to compete…in a Challenger tournament, in Las Vegas.

“It has taken a little while of [losing] before I said, ‘You know what, I’ve got the hunger and the desire to work at this again,” he said, according to The Los Angeles Times.

Seeing such a tennis star in a Challenger tournament was so hard to believe that one of the officials said ,” This will be like watching Bruce Springsteen play at the corner bar.”

“What’s wrong with Springstenn playing at the corner bar?” wrote Agassi in his book. “Sportswriters say I’m humbled. They love saying this. They couldn’t be more wrong… I’m just glad to be out here.”

At the time, the former world No 1 didn’t hide his ambition.

“I’ve taken a two-year sabbatical, but that doesn’t mean I can’t turn it around and start changing my work ethic,” Agassi said. “Every match feels important to me now.”

Although he seemed to have reached the lowest point of his career, Agassi was actually preparing to climb higher than ever.

Andre Agassi would finish runner-up at the Las Vegas Challenger, defeated by world No 202 Christian Vinck (6-2, 7-5). This loss would not affect his motivation.

“This has been part of a great training plan,” Agassi would say. “I’ve got my game in a place where every day was getting better.”

Two weeks later, he would claim his only title in 1997, at the Burbank Challenger, defeating world No 68 Sargis Sargsian in the final (6-2, 6-1). After the final, the Las Vegas Kid gave a warning.

“This is just the beginning.”

Twelve months later, Agassi would be back in the top 10. Two years later, he would reach the pinnacle of his sport once again, triumphing in a Roland-Garros final at his third attempt, and adding a second US Open crown to his list of achievements