On this day, on October 9, 1989, Chris Evert played the final match of her pro career at the Fed Cup in a 6-3, 6-2 victory against Conchita Martinez. 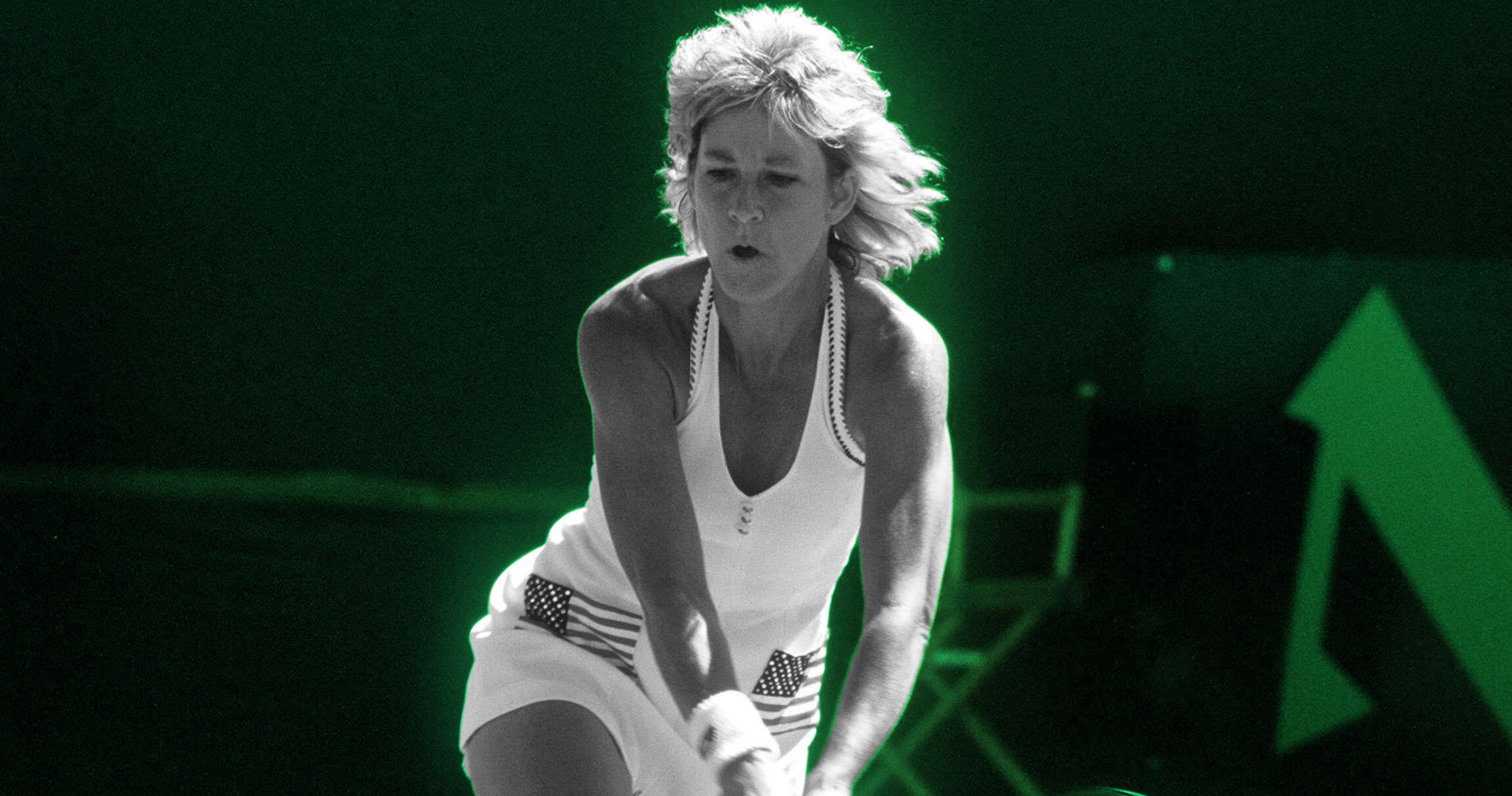 On this day, October 9, 1989, tennis legend Chris Evert played and won her last match as a professional player, in the final of the Fed Cup in Tokyo. Her last victim was 17-year old Conchita Martinez, from Spain, who couldn’t match the baseline skills of “the Ice Maiden” and was outclassed 6-3, 6-2. The United States would win the final, and Evert’s career, which had already been full of success, ended on a high note.

Chris Evert was born in 1954 in Florida. Coached by her father, she developed a game based on her consistency, keeping her opponents away from the net with her deep groundstrokes, and punishing them with great passing shots if they were to take the net carelessly.

Conchita Martinez was born in 1972. The Spaniard turned pro in 1988, and claimed her first title the same year, in Sofia, defeating Barbara Paulus in the final (6-1, 6-2). In 1989, she reached the quarterfinals at Roland-Garros, defeated by Steffi Graf (6-0, 6-4), and she added three more titles to her list of achievements, the most important one in Tampa, where she beat world No 3 Gabriela Sabatini in the final (6-3, 6-2). By October that year, Martinez, only aged 17, was already world No 12. 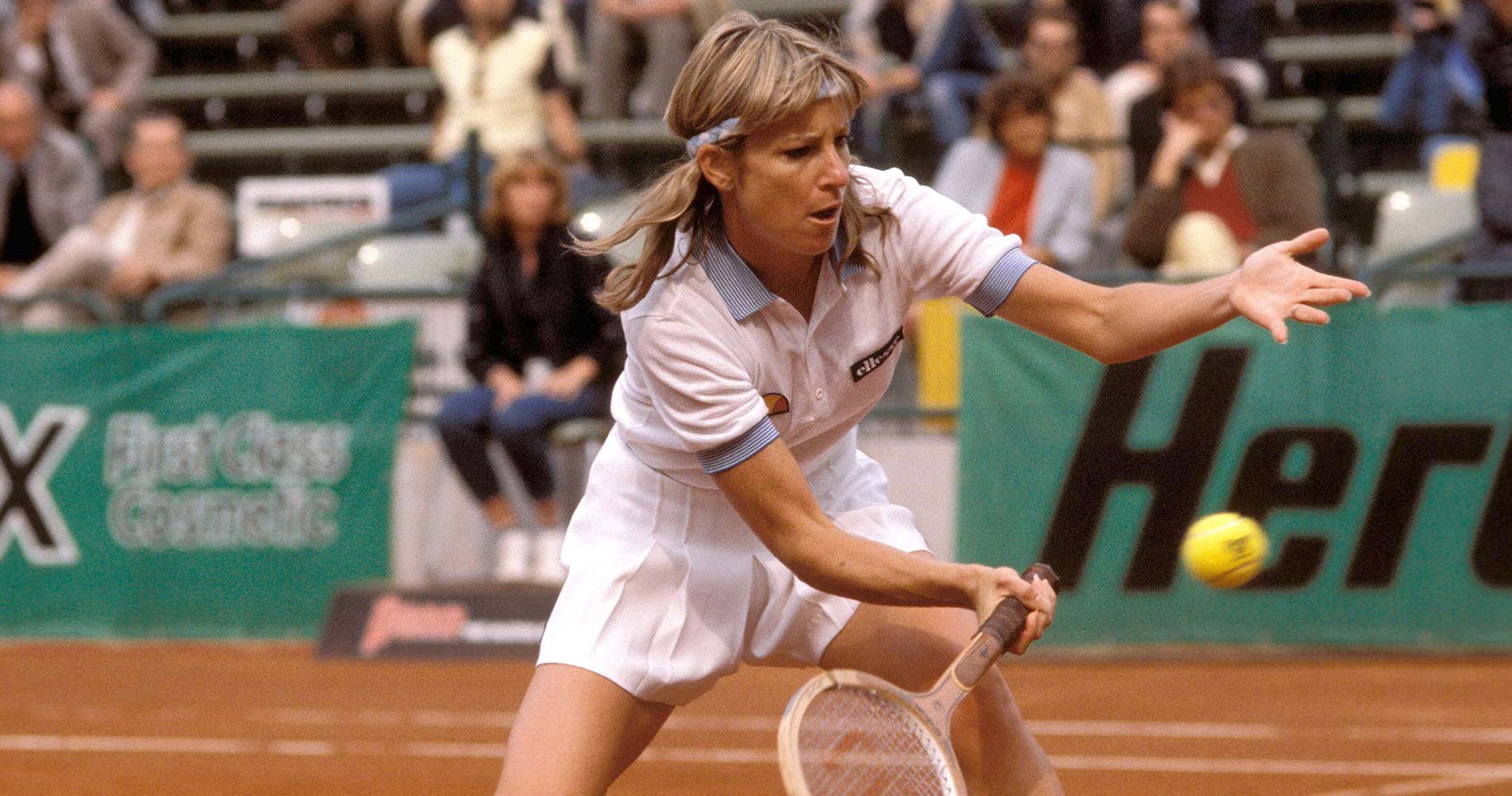 In 1989, the Fed Cup was still held under its original format, with 40 teams competing during one week in one location. This year, the competition took place in Tokyo, at the Ariake Tennis Park, where the main court, the Coliseum, had a capacity of 10,000 spectators.

At the 1989 Fed Cup in Tokyo, the American team was watched closer than ever by the crowds as well as the journalists. The United States one of the favourite teams to claim the title, with two legends like Martina Navratilova (world No 2) and Chris Evert (world No 4), and two great players as back-up for the doubles, Zina Garrison (world No 5) and Pam Shriver (world No 9).

On top of that, Evert, “the Ice Maiden”, had already announced that this was going to be her last appearance as a professional player.

This star-studded American team cruised into the final of the Fed Cup, defeating Greece, Denmark, Austria and Czechoslovakia, with only Navratilova dropping one set in the semi-finals, against Helena Sukova (4-6, 6-1, 6-4).

On Monday, October 9, 1989, Evert woke up at 5:30 to play the last match of her long and successful career. Her opponent was 17-year old Conchita Martinez, world No 12, and “Chrissie” felt a bit nervous. “I start to get uptight, but I finally convince myself not to worry, enjoy the competition, and work hard for one more match.”, she wrote in a diary published in World Tennis Magazine.

In the end, Evert played a very solid match to clinch the first point in this Fed Cup final, 6-3, 6-2. Actually, her performance was so great that, in the locker room, she almost second-guessed her decision of retiring.

“I’m having a hard time dealing with the finality of it all and still find myself questioning my decision to retire. When I think of how well I played this week and the adrenaline flowing and the highs of winning, it’s hard to think of retiring. But then I force myself to remember the hard work, intense concentration, sore body, total commitment and disheartening losses. Retirement is all at once very calming.” (World Tennis Magazine)

The seven-time Roland-Garros champion didn’t show any emotion on court after the match point. “That’s because all had been sealed at the US Open, a month later”, she would say, in 2020, in an interview to L’Equipe . “It was my last major tournament, in my country and my city of New York. That’s where I felt the crowd around me. (…)When I came to play the quarterfinals against Zina [Garrison], I wasn’t motivated. That’s why I decided to retire.”

In the second match, Martina Navratilova would defeat Arantxa Sanchez (0-6, 6-3, 6-4), sealing the 13th success of the United States in the Fed Cup. Despite her second thoughts in the locker room, Chris Evert would stick to her decision, and her last match would remain a victory.

After her career, Evert would run a tennis academy in Florida, along with her brother, and contribute to Tennis World Magazine. She would also become an ESPN commentator for Grand Slam tournaments.