The US Open and Australian Open champion will be hoping to improve on her poor record at Roland-Garros but as her coach Wim Fissette tells Simon Cambers, she needs time to find her feet on clay 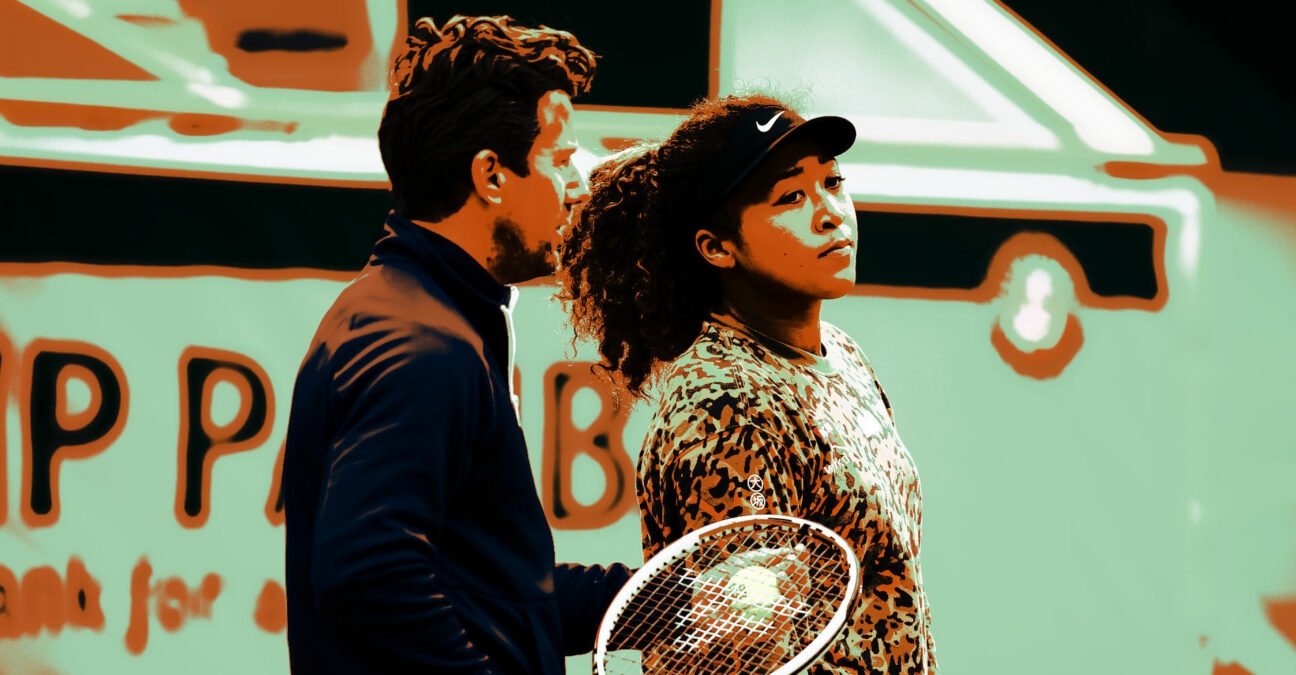 Naomi Osaka has firmly established herself as the best player in the world on hard courts, with four Grand Slam titles to her name at the tender age of 23, including two of the past three slams, the US Open and Australian Open.

Late Wednesday, the Japanese announced that she will not be doing the mandatory press conferences at this year’s Roland-Garros, stating that the press conference format, particularly after a loss, is detrimental to her mental health and that it encourages doubt.

The surprise announcement was perhaps an insight into how Osaka is feeling as she heads into a Grand Slam where she has yet to go beyond the third round in four attempts and with little form on clay to note, having lost early in both Madrid and Rome.

However, in an interview with Tennis Majors, conducted before Osaka’s announcement, her coach Wim Fissette suggests she is not feeling any extra pressure to succeed in Paris, even though he admits their expectations are far lower than they would be on hard courts, where she reigns supreme.

The last time Osaka played at Roland-Garros, she admitted she’d found the pressure of being world No 1 too heavy a burden, despite arriving in Paris with the confidence of having won the previous two Grand Slam events.

A third-round exit at the hands of Katerina Siniakova saw her make an early exit then but Fissette said there is no real comparison with 2019 due to Osaka’s maturity and greater comfort in her surroundings.

“I don’t feel there’s there’s a lot of pressure (on) her,” he said. “At that time, she was younger. I think now she’s learnt a lot and also how to deal with the pressure.

“Of course, people believe in Naomi’s chances and we believe in her chances. But we’re also realistic and we know it’s going to be difficult and so does Naomi. But it’s also a very special year this year. So maybe in a normal year, we would have put even more focus on the clay.

“With this year, with also the programme so close to each other with the late Australian Open and now the later Paris and then the switch to Wimbledon very quickly, and a very, very important Olympics, the coming two months are huge. There is a lot of things happening and a lot of things to achieve. So there’s not 100 percent pressure, like, OK, I need to win Paris. It’s not going to be like that. Definitely not.”

The world No 2 would surely have regained the world No 1 ranking had it not been for the temporary change to a two-year ranking system as tennis emerges from the Coronavirus, but clay is a different story for the Japanese.

Osaka skipped last year’s rescheduled event in September after her US Open victory and her form on clay in 2021 has again been disappointing but Fissette believes she can be successful both on the surface, and at Roland-Garros this year.

“Ideally we would have had at least a few more wins than this,” Fissette said. “Naomi needed a break after Miami but in Madrid, we felt like we were making good progress… and I felt like we had really good, good practices in Rome. We all went into her match with (Jessica Pegula) with a good feeling but the way she was playing in practice was not yet the way she was playing in that match.

“I can only say that that’s just a lack of matches. You know, the the automatic decisions she’s making (from) the heart. And the things we were kind of like drilling in her game in practice was not yet there. So it’s definitely not ideal.”

Balance between attack and defence

On Wednesday, Osaka was practising with world No 1 and 2019 champion Ash Barty at Roland-Garros, as good a practice partner as she could get as she looks to get used to the nuances needed to succeed on clay, the slowest surface.

Much has been made of her movement on clay but Fissette, who has coached numerous Grand Slam champions including Kim Clijsters, Victoria Azarenka and Angelique Kerber, said his biggest challenge comes in getting Osaka to find the balance required between attack and defence.

“I think it’s more the tactical game,” he said. “We know she’s a good athlete. Mentally she’s strong. She definitely wants it. But at this moment, I feel like she’s not yet finding the balance.

“First of all, she needs to use her weapons, her strengths. That’s something obvious to her, her offensive game. But on the clay, you need to expect also an extra ball back and you need to adjust because the bounces are different.

“And you can (not so easily) use your power to just hit through your opponent. You have to build the point more and make the court big and open the court and then play in that open spot. On the hard, she’s great at building the point. But it’s a lot (about) hitting through the opponent and then you have like an easier shot and then like playing to the open court. On clay, it’s a little bit more building, a deep angle, play in the open court, expect the ball back.”

Osaka’s instinct on clay is to be “too passive”

In much the same way as Daniil Medvedev, the men’s world No 2 who has openly admitted he does not enjoy playing on clay, yet, Osaka has sometimes found herself being sucked into a game style that doesn’t suit her, forgetting to use her weapons to her advantage.

Fissette said Osaka needs to use her weapons, smartly.

“The last experience I had coaching against her was with Vika (Victoria Azarenka) in 2019 when we played in the French,” he said. “I felt like also the first hour, she was way too passive, but then just started to use her strengths. And if she can do that, I think she should be very dangerous on clay too. But she needs to find that balance between let’s be patient but still be offensive. And that’s tricky. And you need the matches to really feel that.”

Acceptance is a key to success on clay

Unlike hard courts, where players can trust the bounce almost 100 percent, clay is a moving surface, with occasional bad bounces and lines that can cause deviations. While those players who grow up on clay soon learn the need to just accept them, others, including Osaka, have found it hard, the frustrations clear to see on court at times.

It’s an acceptance Fissette readily admits Osaka needs to come to terms with and the Belgian believes there’s more to it than that.

“I think she needs to accept things like when there’s a breakpoint against you, and you hit your biggest serve, there is a very high chance the ball will just come back and you need to like start building the rally again.

“On hard, as we all know, she’s an expert in playing those big points really well and playing her best serves at the moment she needs it. (On clay), now the ball comes back and that’s a mental thing, you hit maybe like two 200 kilometres an hour, but the ball comes back. So that’s a mental thing. It’s that’s tactical, mental part of the game – we need that to click for her to feel it, to understand that. And we need matches for that.”

“I do feel that if Naomi can get through a few matches in Paris, she could be very dangerous.”

Osaka is so experienced, though, at the top level, then when she does find that balance, and when things do click, success could come quickly.

“I do feel that that if Naomi can get through a few matches in Paris, she could be very dangerous,” Fisserre said. “Absolutely. We are realistic that this is going to be a very difficult one. But if we can get a good week in Paris and play some good practise sets, where she really feels it, makes that click and then gets a few matches, I’m confident she can she can be a dangerous player there.”

Olympics in Japan are a massive goal

Having the Olympic Games in her home country will be a massive goal for Osaka, no question. Playing at home is always a pleasure but doing it for your country in the biggest sporting event will be a source of huge pride for her.

Fissette said balancing Osaka’s commitments and focus over the next few months will be crucial, but said the 23-year-old is so professional, it won’t be difficult.

“I thought that that was a great way to to think about it, and that’s the way we should think now. The Olympics are soon. Yeah, it’s OK. We’ve got Paris and we need to be smart in our decision making and find the balance between giving her some some time off and then try to focus on training and try to prepare as good as possible. But we have to we have to start with Paris now and then we’ll see after.”