Your guide to the biggest stories from the men’s side at 2021 Roland-Garros as the first round got underway in Paris on Sunday 30 May. 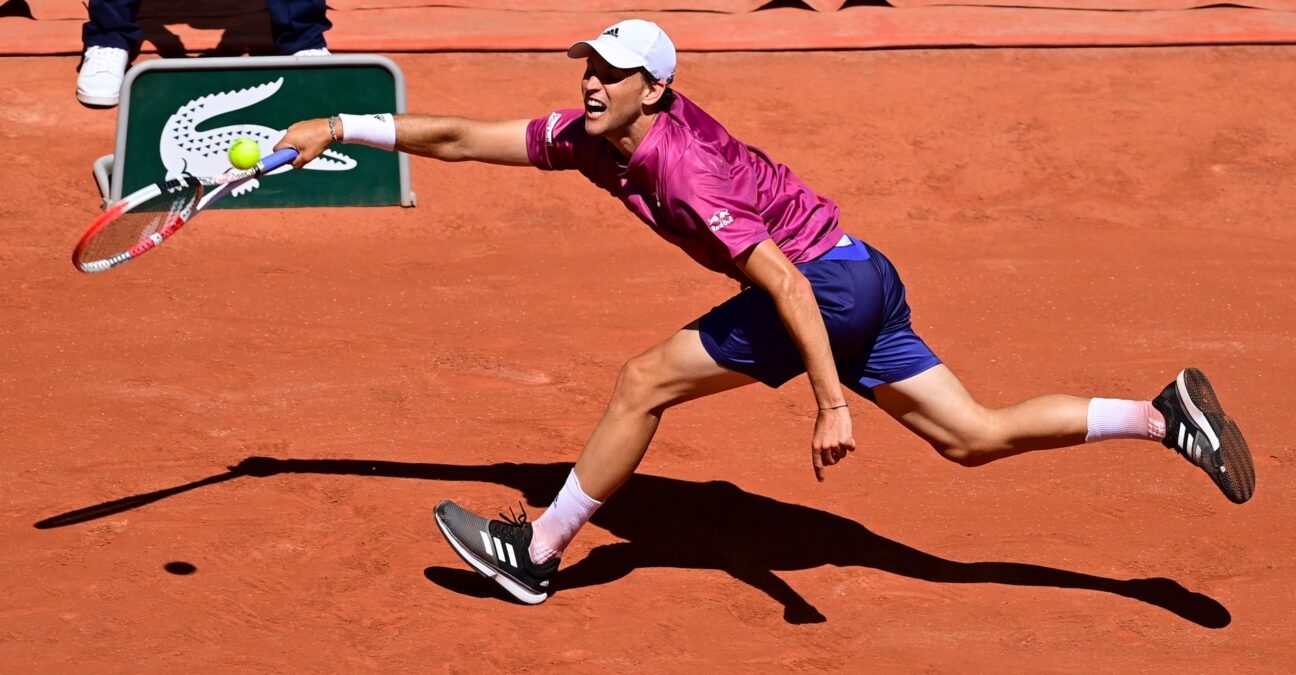 • Seeds winning on Sunday at Roland-Garros (1st round): Stefanos Tsitsipas (seeded No 5), Alexander Zverev (No 6), Roberto Bautista Agut (No 11), Pablo Carreno Busta (No 12), Cristian Garin (No 22), Karen Khachanov (No 23), Fabio Fognini (No 27).
• Seeds losing on Sunday at Roland-Garros (1st round): Dominic Thiem (No 4), Grigor Dimitrov (No 16), Hubert Hurkacz (No 19), Dan Evans (No 25).
• To follow our full coverage of the 2021 French Open, please visit this page.
• To follow live results, to see the men’s draw and women’s draw, we recommend you follow the official Roland Garros website.
• Tomorrow’s programme at Roland Garros is available here (and by the way, today’s schedule is here).
• All the practical information – how to watch the tournament, how to buy tickets and everything else you could possibly need to know – are hopefully in this page. 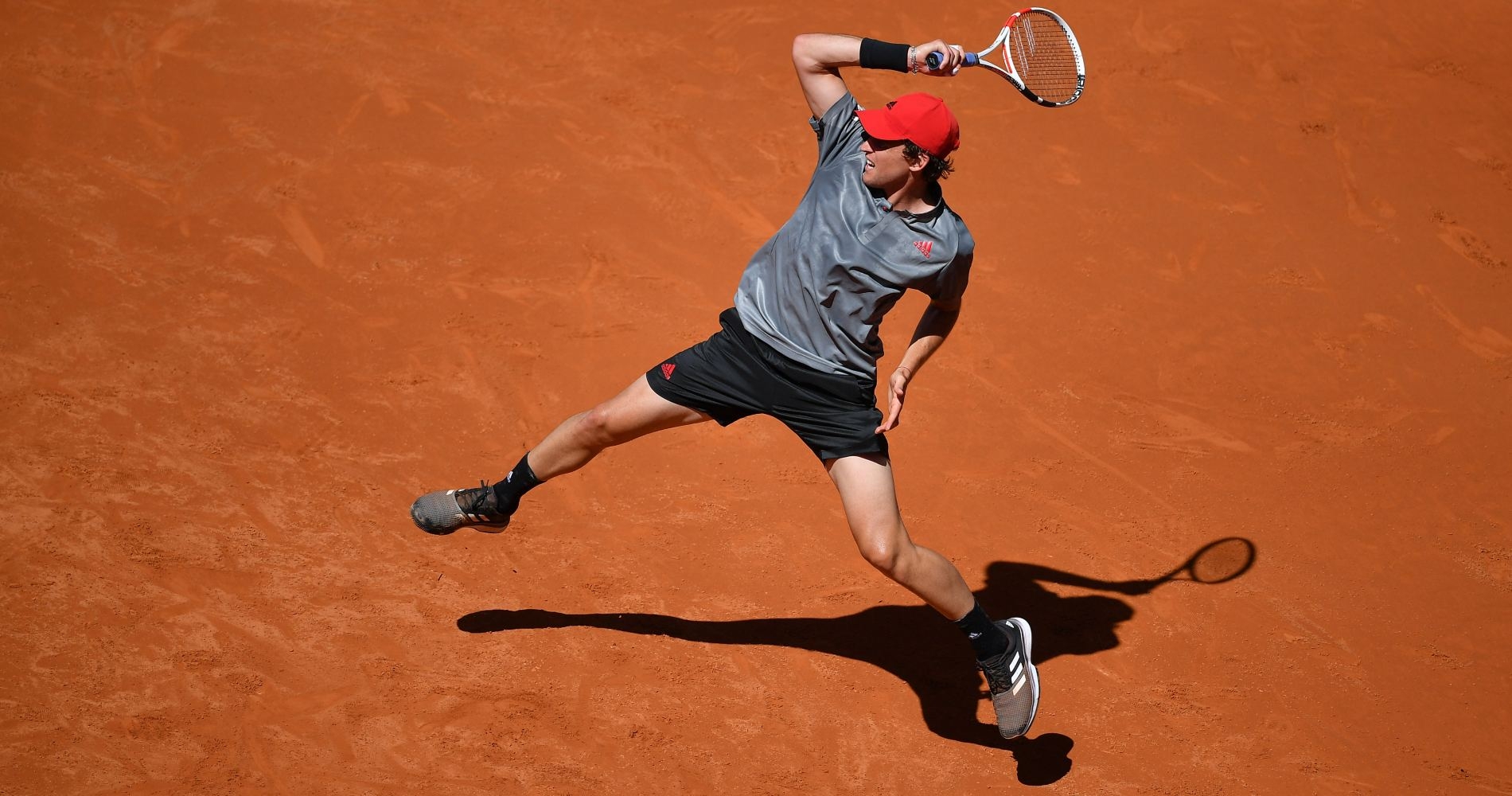 Dominic Thiem, a two-time French Open runner-up, crashed out in the first round of this event for the first time in his career. The Austrian appeared to be well on his way to a relatively routine win, but he squandered a two-set lead and eventually fell to Pablo Andujar 4-6, 5-7, 6-3, 6-4, 6-4. Andujar completed his comeback after four hours and 28 minutes. 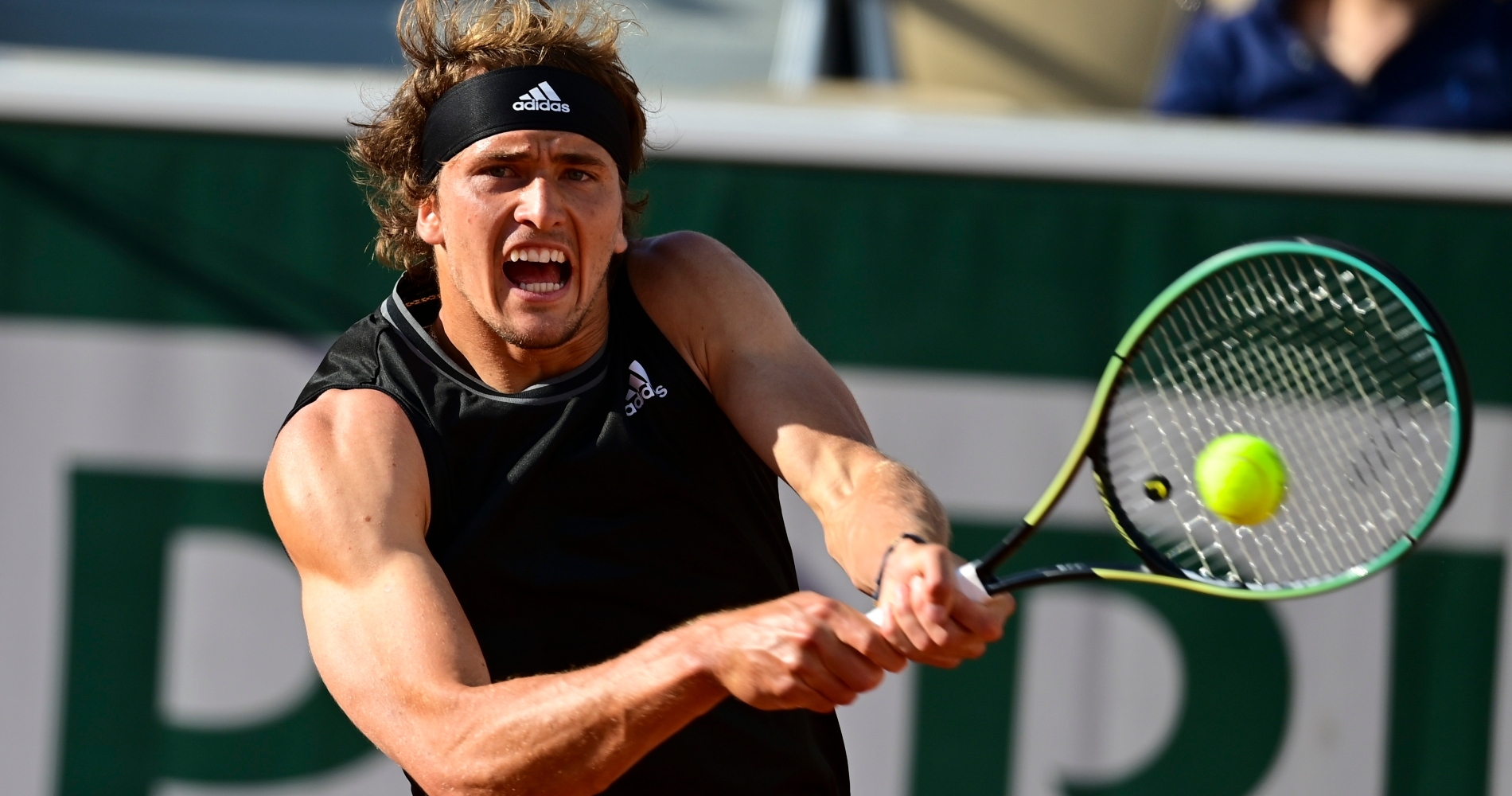 Alexander Zverev came back from two sets down to beat Oscar Otte 3-6, 3-6, 6-2, 6-2, 6-0. Zverev’s comeback was so emphatic that he required only two hours and 49 minutes to advance despite playing a full five sets.

The world No 6 is no stranger to playing five-setters at Grand Slams, but in this case he was happy to battle through another since he lost the first two against his fellow German. It was a much different story in the third, fourth, and fifth, during which Zverev capitalized on seven of 11 break points and faced only one.

He will meet another qualifier, Roman Safiullin, in the last 64. 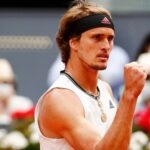 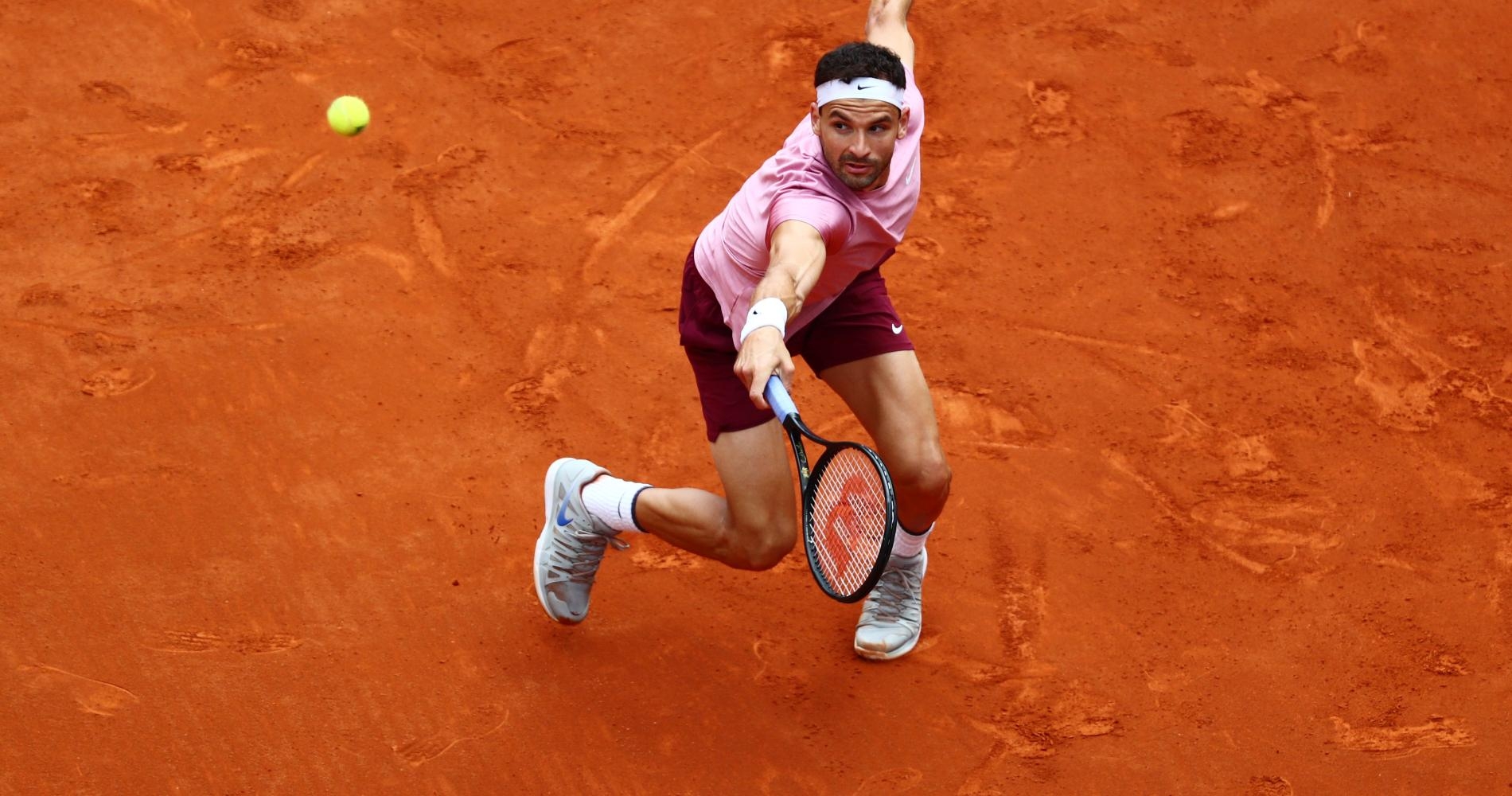 Dimitrov down and out

Grigor Dimitrov was forced to retire because of a back injury during his fourth set against Marcos Giron.

Of course, it never should have come to that for the Bulgarian. He led 6-2, 6-4, 5-1 with Giron serving at 0-40, on the brink of round two with triple match point in his pocket. Instead, the American saved all three match points and battled all the way out of his huge deficit.

This is the second straight Grand Slam in which Dimitrov has struggled physically. He also dealt with a back injury in his Australian Open quarter-final loss to Aslan Karatsev. 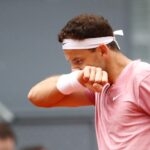 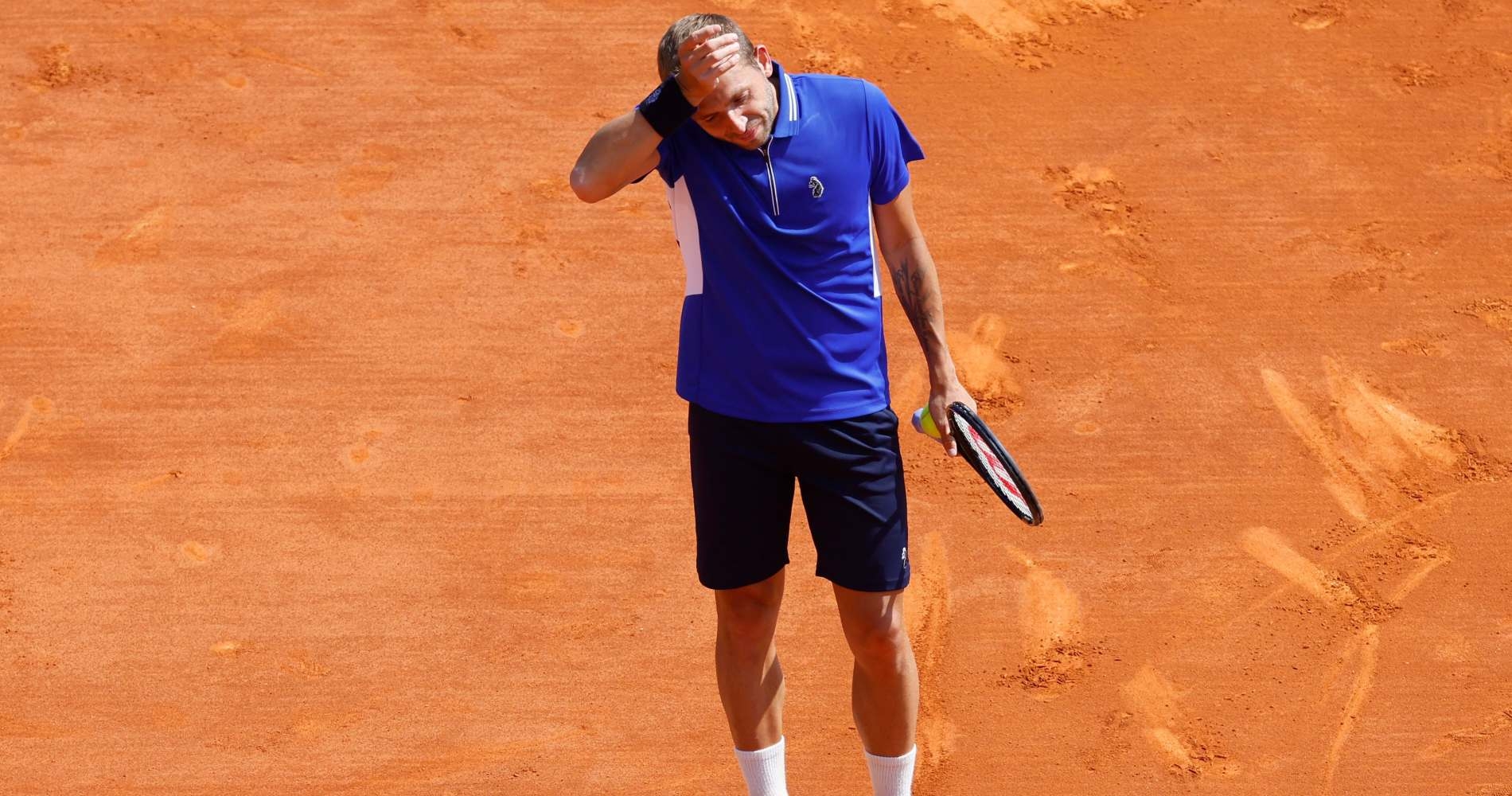 Dan Evans was the first seed on the men’s side to exit the tournament, as he fell to Miomir Kecmanovic 1-6, 6-3, 6-3, 6-4. After taking only a single game in the opening set, Kecmanovic recovered to prevail in three hours and five minutes.

Evans had resurrected his clay-court game with a semi-final showing at Monte-Carlo earlier this spring, and for a while it continued on Sunday. However, things completely turned around following the first set and Kecmanovic raced away for his first win over a Top 50 player in all of 2021.

The Serb awaits either countryman Laslo Djere or Frenchman Corentin Moutet in the round of 64. 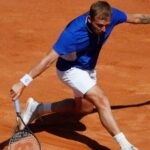 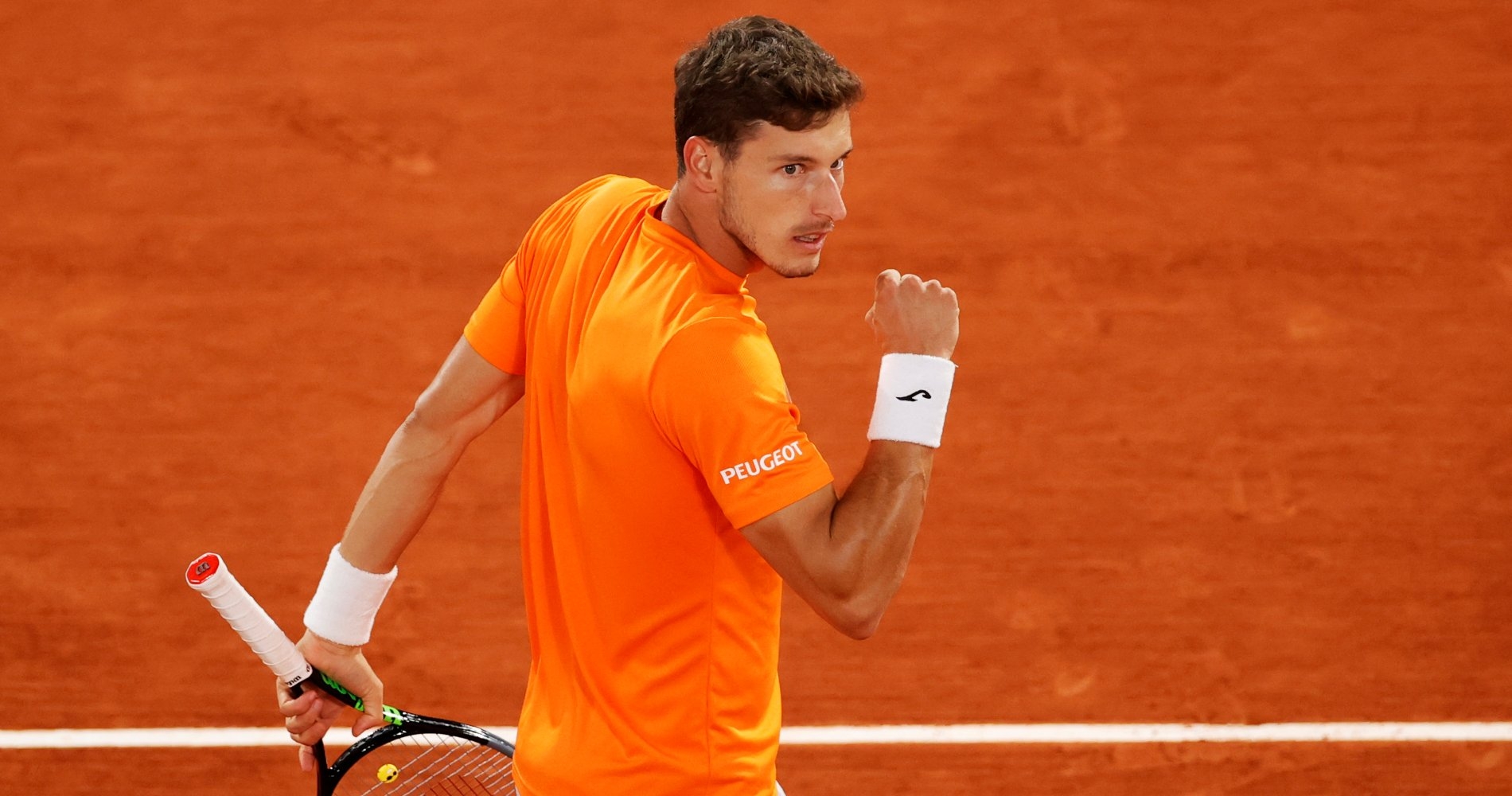 Spaniards make statement in bottom half

With Rafael Nadal and Novak Djokovic in the top half of the draw (not to mention Roger Federer, as well), the bottom half is relatively up for grabs. Spanish veterans Roberto Bautista Agut and Pablo Carreno Busta are among the contenders, and they kicked off their French Open campaigns in convincing fashion on Sunday. 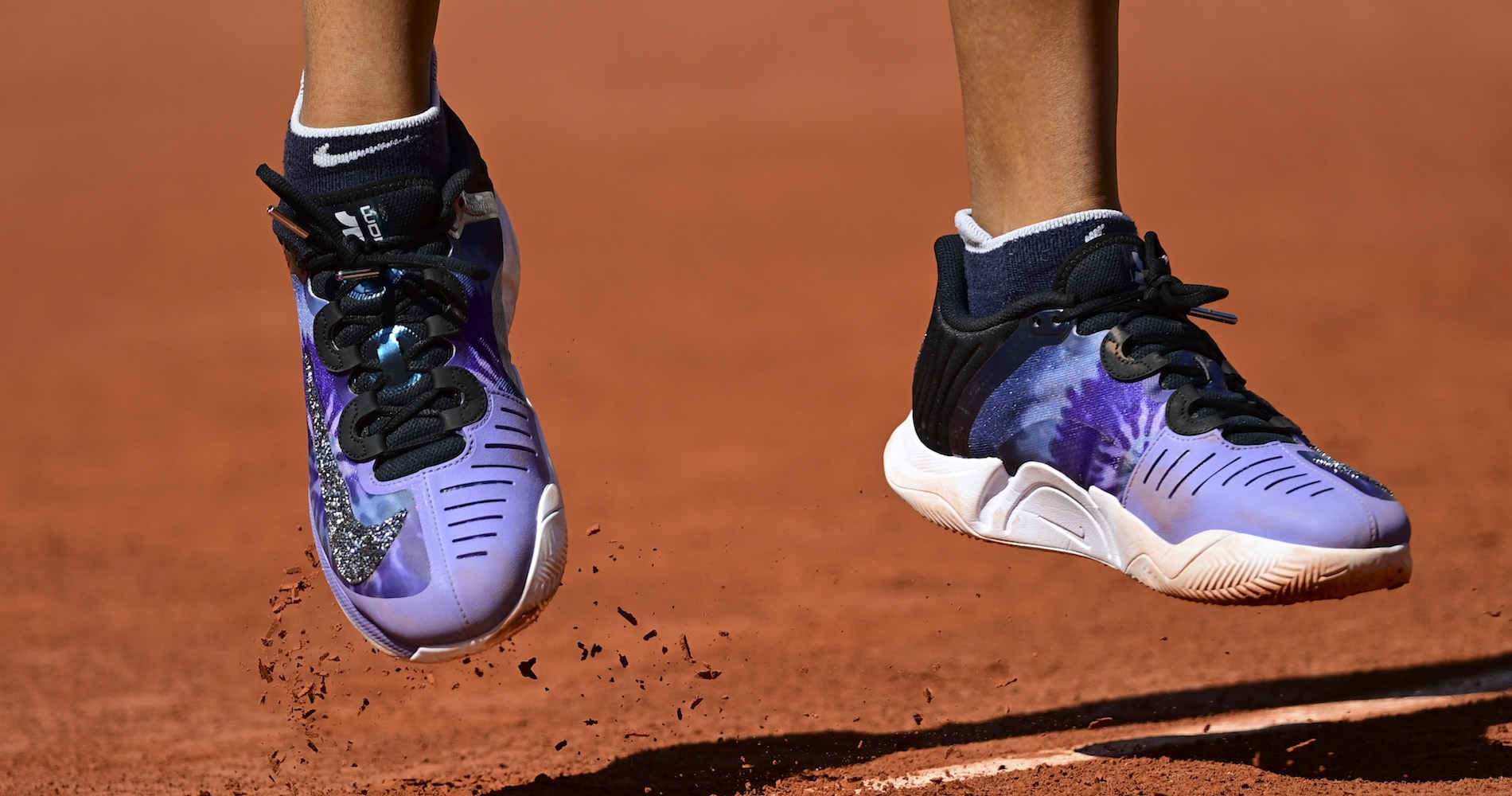 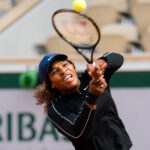