The eight questions we’re all asking after Madrid

After the Madrid Masters 1000 and WTA 1000, the clay-court season has already yielded some valuable pointers for the French Open, without giving away all its secrets. Here are the eight questions that we are all (more or less) mainly asking ourselves before this week’s next stage, in Rome 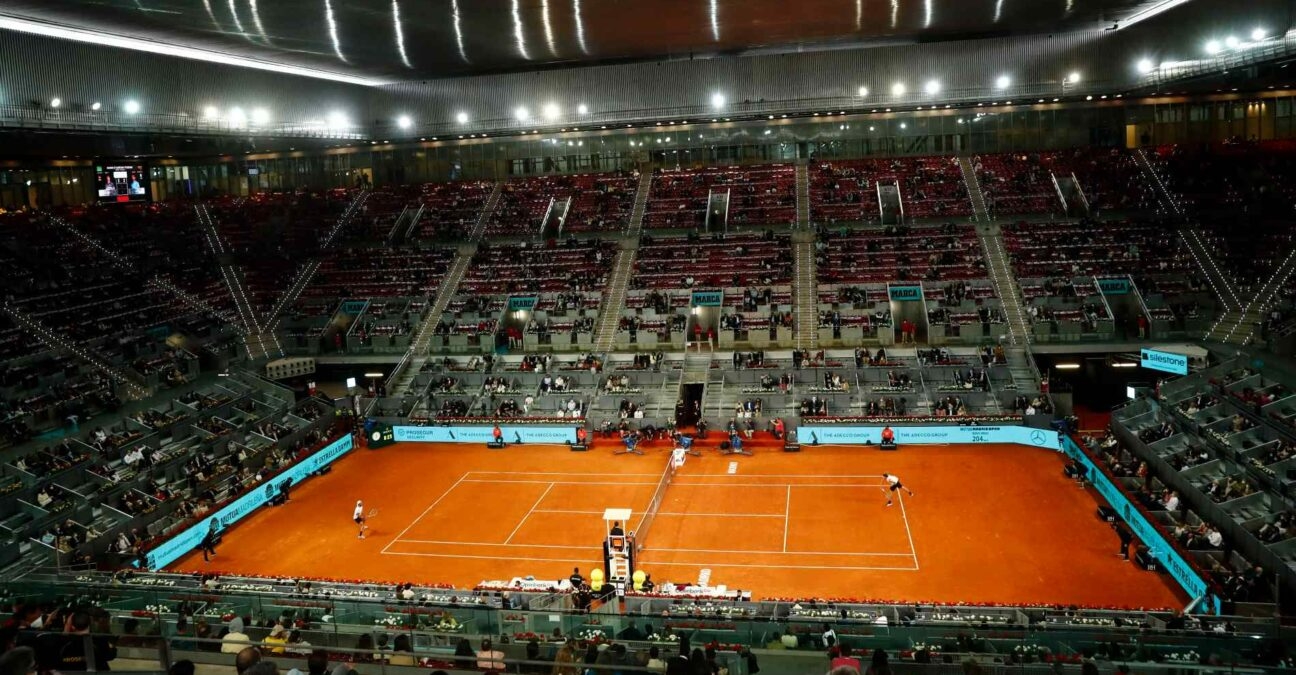 Has Zverev (re)positioned himself as a big underdog for Roland-Garros?

Yes. The word favourite would be a bit strong – even premature. But Alexander Zverev, who won the 15th title of his career in Madrid on Sunday, defeating Matteo Berrettini, is peaking at just the right time, when he was beginning to be forgotten, if not buried a little, after two rather complicated months. Since mid-February, the date of his previous victory in Acapulco, Zverev had won only two matches in three tournaments, suffering elbow pain.

In Madrid – where he also won in 2018, without dropping a set – Zverev, who remains the most successful member of the Next Gen, proved that once he gets rid of his physical and personal problems, he is once again one of the best players in the world. Beating Rafael Nadal and Dominic Thiem in straight sets in a clay court tournament is not something that just any tennis player can do.

Of course, one could argue that the Spaniard was a bit tired, that the Austrian was recovering… Of course, not everything was perfect for the German who sometimes got into trouble on his own in the final. Of course, we still need to see what happens. But at 24 years old, Zverev, now fifth in the Race, has clearly repositioned himself in the right place.

Has Berrettini joined the ranks of possible winners in Paris alongside Tsitsipas, Thiem and Zverev?

No. Italy’s Matteo Berrettini, whose start to the season was marred by an abdominal injury during the Australian Open, has been reminded of the top 10 player he is, but also of the excellent clay-court player he can be. The colossus from Rome may rely on a power that seems more compatible with fast surfaces, but let’s not forget that he is Italian and that clay runs in his veins. It is on this surface, where his frightening forehand spin wreaks havoc, that he has won three of his four titles, most recently in Belgrade.

In short, the Hammer, who reached his first Masters 1000 final in Madrid, is undoubtedly one of the players who should be avoided in Paris and who can go very far, just like Casper Ruud, his victim in the semi-finals. However, from that to victory – even if nothing is impossible – there is a large gap.

Berrettini, whose potential seems unlimited, as his coach Vincenzo Santopadre explained in an exclusive interview, showed some slack in his game when fatigue caught up with him in the third set of the final. And in Paris, in slower conditions than in Madrid, he will obviously be able to rely less on his huge serve.

Is Nadal still the favourite at Roland Garros?

Yes, and a quarter-final loss to Alexander Zverev in Madrid certainly doesn’t take that away from him, even if it does have some unfortunate consequences for him. For 16 years, the Spaniard has been the target of criticism before every French Open, and for 16 years he has won – pretty much – every time. Of course, one day his phenomenal autocracy will come to an end. But in the meantime, there is no real indication that it will be this year.

Rafael Nadal has long since passed the age of monopolising the three Masters 1000 events prior to Roland Garros: the last time he did so was in 2010. Since then, he has had a few slip-ups here and there, often in Madrid where, as we know, the conditions at altitude are a little more difficult for him. This year there was also a defeat in the quarters in Monte Carlo against Andrey Rublev, but this time the Spaniard was in the recovery phase. So there’s nothing particularly notable about it.

As Rafa himself has said, the balance of his first half of the clay-court season remains positive. He has achieved what he was looking for, namely a general improvement in his game and a title in Barcelona that is crucial for his confidence. His slip-up against Zverev, while not expected, was also not illogical at a time when he probably needed a break. If Nadal fails in Rome, then questions can be asked. But for now…

Has the Next Gen finally taken over?

No. For those who yearn for change at the top, it is tempting to think so by clinging to this astonishing statistic: the finals of the last four Masters 1000 tournaments – not so long ago the absolute preserve of the Big Four – have been contested by players aged 25 or younger: Medvedev-Zverev in Paris, Hurkacz-Sinner in Miami, Tsitsipas-Rublev in Monte Carlo and now Zverev-Berrettini in Madrid (Indian Wells having been cancelled because of the pandemic).

There is no doubt that a light breeze of renewal is blowing across the top of world tennis. But we can’t ignore the absence of Roger Federer (who didn’t play any of these Masters 1000), Novak Djokovic (who only played one) and Rafael Nadal (two). And as we all know, the one and only judge in the end is the Grand Slams. And in the Grand Slams, for the moment, the Next Gen – in which we cannot include Dominic Thiem – is still waiting for its time.

Should we forget about Medvedev for the clay court season?

Yes. Of course it’s a bit harsh when you put it like that! You can’t ignore a world No 2 in this way, let alone one who is almost certain to remain at that ranking for Roland Garros. But that’s what the player himself wants – he displayed very cautious ambitions before his comeback in Madrid after being hit by the coronavirus in April. He also reiterated his aversion to clay courts, even if he sometimes has fun on them, and will not really expect to excel at Roland Garros on clay, where he has never won a match in his life.

However, let’s not forget that the Russian is also capable of achieving very good results on clay, having been a semi-finalist in Monte Carlo and a finalist in Barcelona in 2019. But Daniil Medvedev, after his illness break, also needs to rebuild his physical condition and build up his confidence. If we were to bet on him, it would be for the summer season on grass and even more on hard court. But then again…

Will Sabalenka be the player to beat in Paris?

No. We won’t go that far (yet). Aryna Sabalenka is undoubtedly the player in form at the moment and is now one of the best in the world: she is indeed ranked fourth in the WTA rankings on Monday after winning the most important title of her career on Saturday in Madrid, taking her revenge in the final on Ashleigh Barty who had just beaten her at the same stage in Stuttgart.

The 23-year-old’s breakthrough on clay is rather surprising for a player who had never really hidden her difficulties on this surface before experiencing a real breakthrough this year.

Now, before putting her among the favourites for the French Open, along with former winners such as Barty, Iga Swiatek, Simona Halep, Garbiñe Muguruza (if the Spaniard, who suffered a thigh injury in Charleston, recovers) or even Serena Williams, we would like to take a step back. The powerful Belarusian has always struggled in Grand Slams, where she has never made it past the round of 16 (which she achieved at the 2018 US Open and this year’s Australian Open). It goes without saying that she will be expected to do much better from this point onwards.

Can we finally say that Barty is the “real” world No 1?

Yes, there will probably always be those who quibble, but frankly, the Australian has been amazing since the beginning of the season. While she had hardly played for a year, preferring to stay at home rather than endure the drastic conditions to travel from her country, Ashleigh Barty has opted for the opposite “tactic” this season – namely not to go home for months at a time. And she has found her way back to success: she has already won three titles this year, including the one in Miami, plus this final in Madrid.

Until that stumble against Sabalenka, perhaps also due to fatigue, Barty had been on an incredible winning streak on European clay – all this while playing a tennis that is frankly exciting, at the same time percussive, varied and refined, and that exudes tactical intelligence. At 25, she is perhaps at the top of her game. Granted, she hasn’t won a major title since her Parisian triumph in 2019, but that’s also because she’s only played four Grand Slams in the meantime. Granted, last year Barty only retained her No 1 spot because of the frozen rankings, but now she owes no one anything. The proof of the pudding is in the eating: she is well ahead in the Race to Shenzhen 2021…

Can Osaka do it on clay?

Joker. To be honest, we don’t know. We’d like to say yes, because the Japanese player has shown glimmers of hope, explaining in particular that she has worked a lot on her movement on this surface. But it didn’t translate into results in Madrid, where she only won one match before losing to the Czech Karolina Muchova.

Naomi Osaka will never be a natural clay-court player, both in terms of her mobility and her strokes, which are based on power and striking and are therefore necessarily less effective on clay. There must be an explanation for the fact that she never got past the first week in Paris, nor ever beat a Top 20 player on clay.

But on the other hand, the four-time Grand Slam champion is too strong not to be able to impose her game everywhere, including on clay. She has famous examples to draw on, such as Serena Williams and Maria Sharapova, who were also not seasoned clay-court lovers before finally taming the element. This is Naomi Osaka’s current quest. No one knows if she will succeed, and that is what makes her challenge all the more interesting.